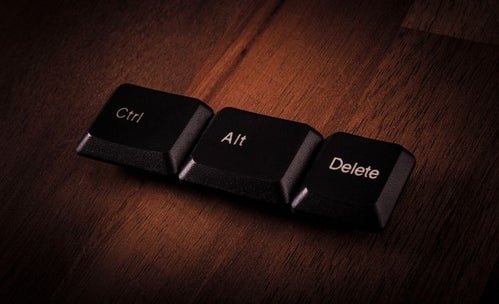 In Run Strong, Stay Hungry, Jonathan Beverly finds that lifelong runners often stay committed to the sport by constantly resetting their expectations and goals. In this section from the book, Beverly shares an unusual tip.

Trample On The Past

How do we step away from patterns that worked? How do we move away from the emotional attachment to paces and totals that have told us what is “good” and motivated us to greater accomplishments? One strategy that emerged as I talked to lifetime competitors was to work to forget. It is a strategy echoed in the world’s great literature. “What makes old age hard to bear is not the failing of one’s faculties, mental and physical, but the burden of one’s memories,” W. Somerset Maugham wrote in his memoir, The Summing Up.

How do we deal with those memories and move on? “We have to learn to trample on the past,” V.S. Naipaul wrote in his novel A Bend in the River. He was talking about major movements in history, transformations of countries and cultures, but his advice applies as well to the changes in one’s lifetime. “It isn’t easy to turn your back on the past,” he warned. “It is something you have to arm yourself for, or grief will ambush and destroy you.”

Leonardo Sperandeo, winner of the mile at the 2001 USATF Masters Championship, trampled on the past in dramatic fashion. At age 37, he was hit by a drunk driver while running and broke his femur at the knee and hip. It took him over a year to walk and longer still to be able to run. So when he turned 40 and felt ready to start running competitively again, he needed to start over.

“First thing I did, [I] took all my old diaries and threw them away,” he said. “I didn’t box them up, didn’t pack them for later. I threw them in the garbage can.”

The act of throwing out the logs freed him to create new training patterns and set new goals. “I started new, and everything I did was a PR,” he said.

Sperandeo did the same thing when he turned 50. This time, he was recovering from cancer and radiation treatment. Throwing out everything from his 40s, he started over again.

He thinks every runner should throw out his or her logs at the start of a new decade. “Your first workout when you turn 50, you do 400s, that’s your PR,” he said. “See if you can break that next time.” Other lifetime competitors talked about trampling on the past by no longer tracking miles or keeping logs at all.

“That’s fantastic information to have if you’re training to race,” mountain runner and three-time Olympic Trials qualifier Daniel Grimes said. “But for now, my interest is to run what I can run and be happy with it—and not worry about what I was doing last week and not compare to what I was doing a year ago.”

It’s intentional self-delusion, but perhaps easier than keeping the past close and constantly trying to separate emotions from the times and totals. Those can exist in the past and in our minds while we run today and enjoy the feeling without having to quantify it.

“Obviously I care—I don’t want to get slower,” Grimes admitted. “But if I don’t keep track, then I don’t know how much slower I’m getting.”

Many masters runners described distinct resets in their running life. Most are not as drastic as Sperandeo’s, but these moments often did involve injury and a time of rebuilding from zero.

Coach Pete Magill, five-time USA Masters Cross-Country Runner of the Year and multi-American and world masters record holder, has had several reboots. A few were lifestyle driven, where he got away from the sport and had to start again. Others were smaller resets, when he has taken time away from running and given himself permission to try new patterns.

Several lifetime competitors experienced a similar reset around injuries. Following several strong running years in his 40s, where he ran nearly the same times every race, near the top in the world for his age, seven-time U.S. national masters champion Kevin Paulk’s feet fell apart at 48. He tried everything to get rid of his plantar fasciitis, including surgery, while still trying to do the same training he had always done. He finally had to drop back to zero and restart. “It took years of injury, surgery, rehab to finally get really frustrated, to say, ‘This is not just a once-in-a-while thing; it is going to keep reoccurring unless you do something different. It is not going to go away unless you change,’” Paulk explained.

Today he’s working on finding a new pattern of training, the right volume, the right density and all the extras needed to keep him healthy and rebuilding. “Some people don’t get to the reset. I got to the reset; I’m in the reset mode,” he said.

Dr. Mark Cucuzzella calls it doing a “Ctrl/Alt/Delete”—the process of rebooting and starting at zero. A 2:24 marathoner with recurrent injuries, he had foot surgery at age 34 to repair chronic arthritis in his toes and was told he would not compete again.

He used the occasion to rediscover how to run again, this time without shoes. He started with walking, then slowly running across the driveway, then down the block, learning how to move and building new strengths. Today, at age 51, he’s able to run marathons in the 2:30s.

At some point, many runners require a reset back to zero. They need to ditch their current routine—not try to maintain a certain mileage, not hit certain splits or perform tried-and-true workouts—and start over, unburdened by old expectations and habits.

Diet Changes To Keep In Mind Through Every Decade

Book Excerpt: Joan Benoit Samuelson On Running Through Her 50s

Running Rewired Excerpt: What Your Body Feels Like When You Run

Why Masters Runners Should Focus on Protein