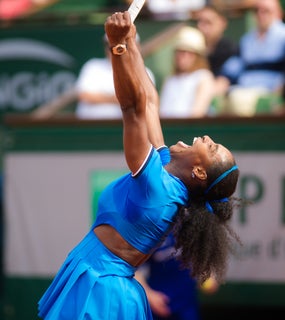 Olympic tennis player Serena Williams made a starring appearance in Beyonce’s new music video, “Sorry”—just in time for the Olympic year. The singer’s music video, produced in black and white with Williams dancing alongside Beyonce who sits on her throne, was released Wednesday. Williams has already captivated the world of athletics with her strong demeanor, not to mention amazing tennis skills, so it’s no surprise the Internet went wild when the queen of tennis and the queen of R&B joined forces to make an epic music masterpiece.

Related: Why Serena Williams Inspires Me As A Runner

Williams said in an interview with Wall Street Journal that keeping her appearance in her “long time friend” Bey’s video a surprise was difficult. Fellow tennis star and friend to Williams, Caroline Wozniacki, also said: “She really kept it a secret.” Even William’s own sister and fellow tennis player, Venus, had no idea about the collaboration until the video was released.

And despite her vicious moves on the court, the pro player admits she was “really sore from dancing!” But Perhaps all that dancing will give Williams a leg-up while the sisters prepare for the 2016 Olympics in Rio. With social media bursting at the seams after the premier of “Sorry,” it is clear that Serena Williams has a plethora of support, both on and off the court. 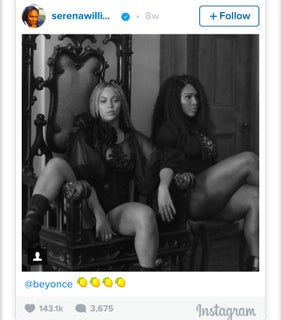