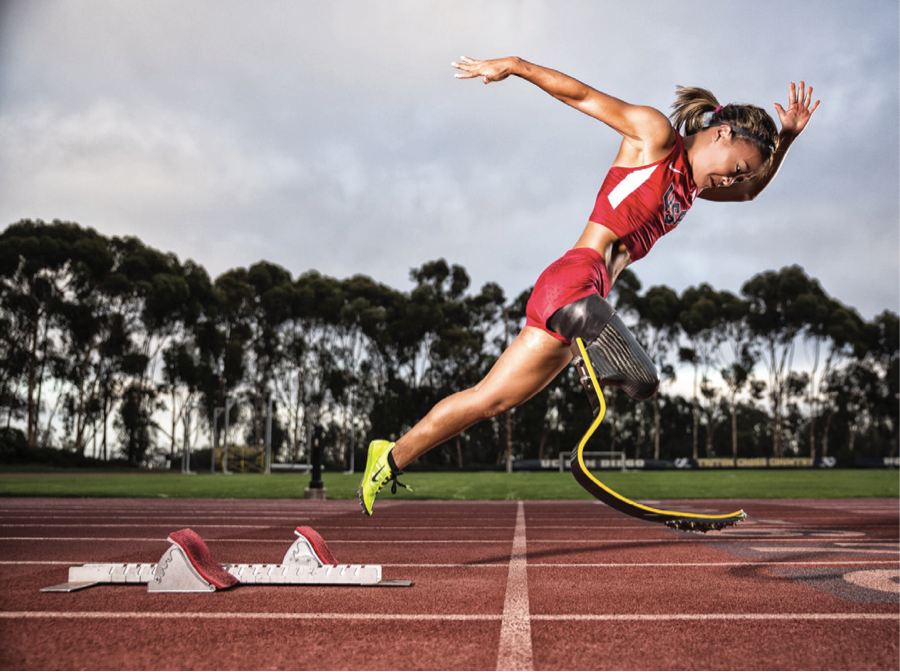 It’s hard to believe that the past four years of my life will be summarized by a 15-second race and six long jumps, but that’s the reality of what lies ahead. Having been down this road once before in 2012 when my journey led to a dead end, I can only hope that 2016 takes me in a new direction. Regardless of the outcome, one thing is certain: I poured my heart and soul into making Team USA for the upcoming Paralympic Games in Rio de Janeiro, Brazil.

I could have let disappointment derail my dreams four years ago, but that’s not who I am. I’m not a quitter, and I refuse to be defined by that losing moment. I want people to see me as a fighter who never gives up.

Over the course of my life, I have had plenty of reasons to concede. Found alone on the streets in Nanjing, China, with one leg that had been amputated above my knee due to severe burns caused in a fire, I was less than 1 year old when I became part of the country’s welfare system. After surviving hardships like starvation, child labor and physical abuse over the next seven years, I was lucky to be adopted by a couple who brought me to America. Though my new parents afforded me opportunity, I was terrified of the world outside of the orphanage’s walls.

Starting school in the U.S., I dealt with a roller coaster of emotions while trying to adapt. Not only did I have to learn how to walk with a prosthetic leg, but I was also challenged to navigate relationships—something that was completely foreign to me. Extremely reclusive due to my isolated upbringing, I fumbled my way through those first years. After hearing kids in my second-grade class talk about city league sports, I told my parents that I wanted to sign up.

While most people recall childhood sports as a time full of friendships and fun, my initial experiences furthered feelings of exclusion. Coaches felt obligated to welcome me onto their teams during practice but made it clear my place was on the bench come game day. And even though my self-esteem took a major hit during this time, the rebellious side of me wasn’t willing to be sidelined forever.

My chance to step off the bench came in the form of a fluke opportunity. Visiting the doctor who made my prosthetic leg at the age of 14, he encouraged me to enter a track meet for disabled runners.

I signed up and entered the race and was overwhelmed by the feeling of exposure. Somehow I mustered up the courage to run. I may have come in last at the two races I ran that day, but it was the first time that I felt free of limitations. That was the day I knew I wanted to be a runner.

With the support of the Challenged Athletes Foundation (CAF), I received a prosthetic leg specifically made for running. Continuing to run throughout college, I was eventually recruited to attend a developmental camp at the Olympic Training Center.

In 2012, I competed in the Paralympic Trials for the 100-meter and long jump events but failed to make the team. Devastated, I found myself not knowing what to do next. Channeling my inner rebellious little girl, I decided to chase my dream once again. I made a conscious decision to spend the past four years improving my running so that I can earn a spot on Team USA for the 2016 Paralympic Games.

After saving enough money to quit my full-time job a year ago, I spent several months living out of my car and on friends’ couches so that I could solely focus on training.

As I head into the trials at the end of June in Charlotte, N.C., and hopefully the international games, my dream is to not only make the team but to show the world that the girl with no future took charge of her own destiny and became a world-class runner.

Running taught me the definition of persistence. Picking myself up after a loss so that I can live my dream requires strong will. In the end, anything is possible if you’re willing to pursue it with relentless dedication.