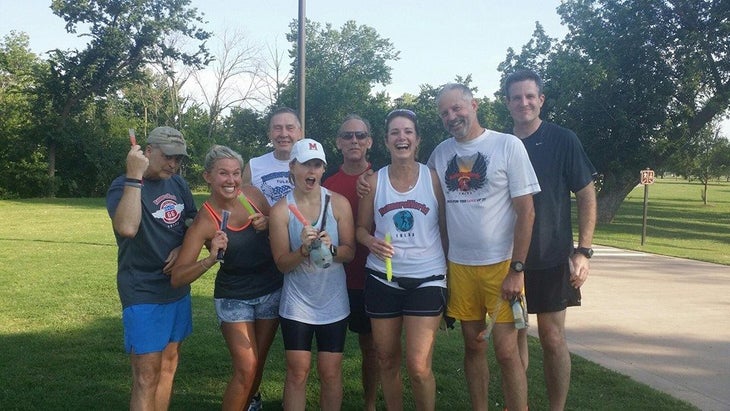 In a matter of just a few weeks, I’ll be moving a couple of hours away to a new city where I know precisely one person, not including my husband. I’m not the world’s most social human being, and as a woman nearing thirty (heck, an adult in general), it can be hard to make friends. It often seems like everyone already has established their group, especially here in the South where everyone has known everybody else since their parents went to high school together; that’s literally how my husband knows all of his friends.

A few years ago, it would have been pretty hard for me to move somewhere new and make friends in any sort of timely fashion, but not anymore. As soon as I found out we were moving, I started looking up local marathon training groups and researching the options available at different running stores. Before we even started looking for a house, I had “liked” every running and cycling group Facebook page within a twenty-five mile radius of the city. Hey, I’m a woman with priorities!

Related: Networking On The Run

See, if there is one thing I have learned in the six or so years since I started running, it’s that runners are one of the most welcoming groups out there. Plus, say what you want about marathon training, but there’s something to be said for bonding with others through shared misery and triumph. So while moving to a new city is sure to bring with it plenty of stress, at least I know my tribe will be waiting for me on the other side. See you in a few weeks, guys! I can’t wait to meet you.