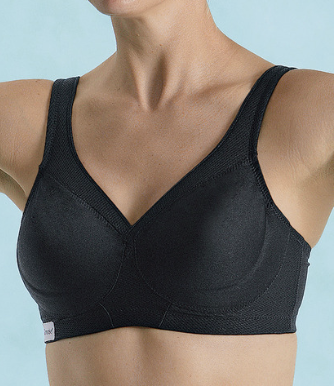 While on a cycle tour through the woods of Mecklenberg-Western Pomerania area of Germany, one woman was saved by that sometimes-pesky underwire of her bra, according to BBC. The woman, along with her husband, got caught in the crossfire of a boar hunt, when the woman felt a “pain in her chest.” That pain was apparently a bullet bouncing off the bulletproof wiring of a standard bra.

She was rushed to the hospital and treated for severe bruising and a blood clot. It’s not immediately clear how the couple ended up in harm’s way in a big way, but it’s definitely impressive the support that her bosom blocker bra provided her. Those supportive sports bras with similar underwires might find their way onto the chests of paintball enthusiasts in the near future.