In a thrilling 1,500-meter USA championships final, Jenny Simpson took gold, followed by Kate Grace, who won the 800 meters at the Olympic Trials last summer. But it was Sara Vaughn, a Brooks-sponsored runner, full-time real estate agent and mom of three, who stole the show and had track fans, coaches and fellow elites alike in a total positively emotional frenzy. The 31-year-old finished third, in tears, making her very first world team.

And the only thing better than her nabbing that third spot was when she shouted out her kids—”I’m taking you to London!”—on the broadcast following the race. She also told USATF “reporter” and fellow mother runner Alysia Montano that she’d been bribing her kids with the trip if they would “let her get her second run in” leading up to the national championships.

The running world on Twitter reacted to this mama making her dreams come true, and our hearts swelled following the feed: 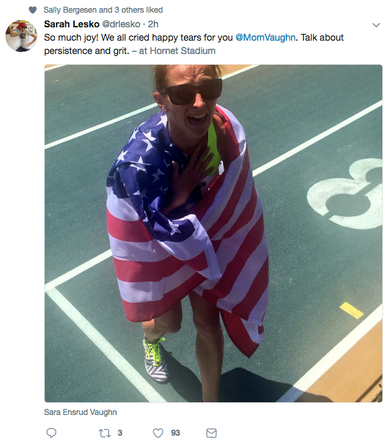 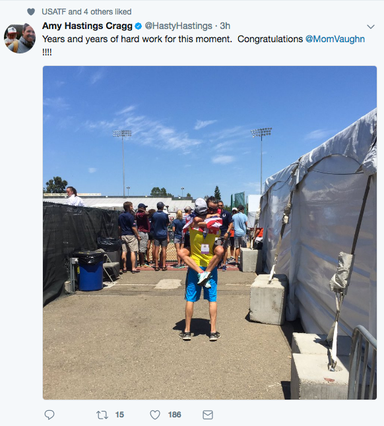 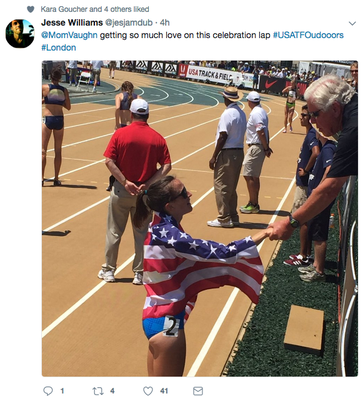 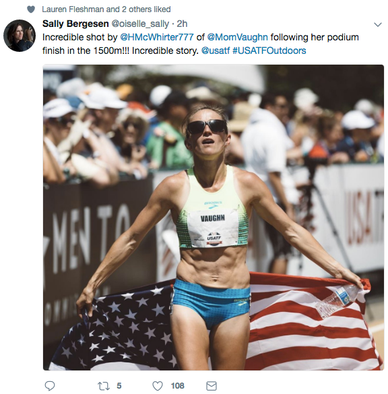 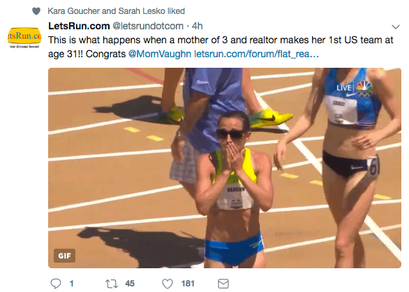 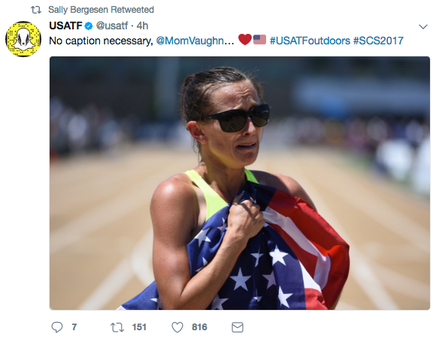 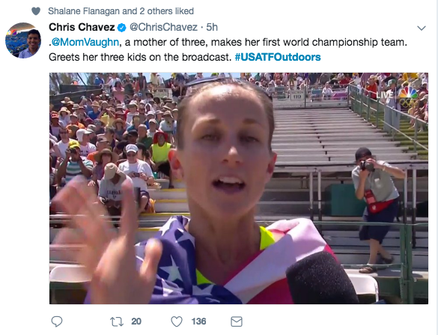