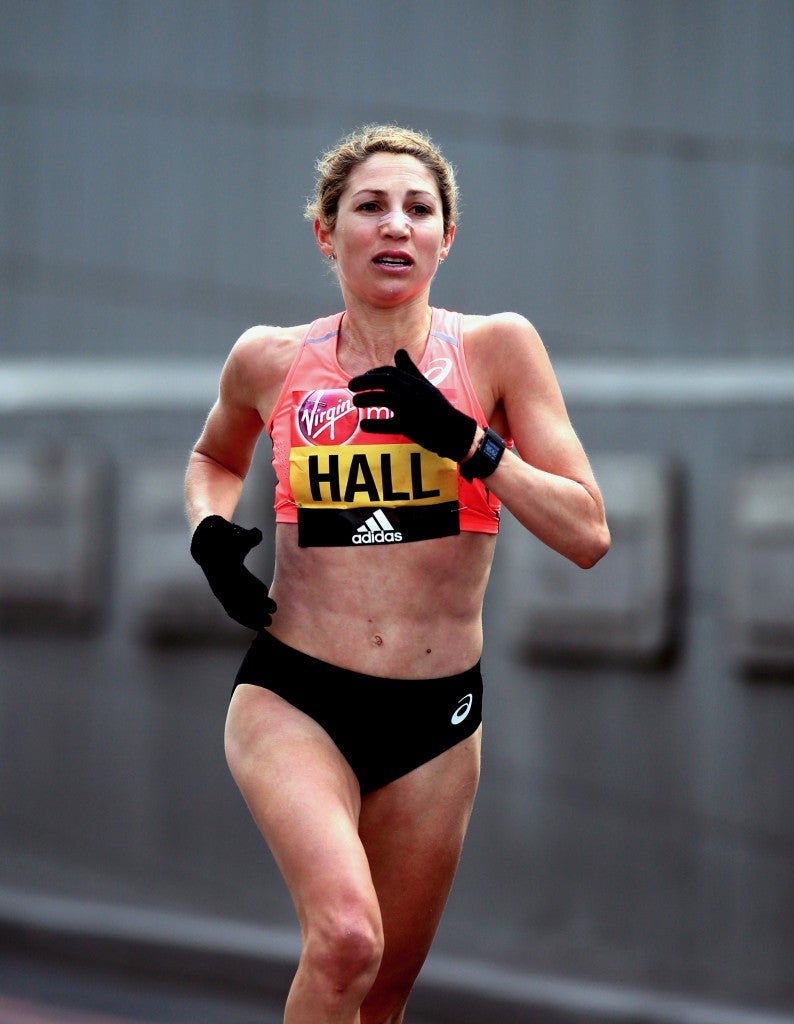 The super fast Sara Hall is gearing up to run the New York City Marathon on Sunday, which will be her third marathon this year. We got a chance to chat with the ASICS-sponsored athlete to find out her favorite saying when it comes to racing, her pre-marathon fuel—and what it was like to have her “most intense running year” also be her first year as a mom of four. Sara and husband Ryan Hall (a former professional runner) adopted four sisters from Ethiopia in 2015. Perhaps it’s no surprise that the oldest is already excelling in high school cross country!

How are you feeling?

I’m feeling pretty calm so far—but I’m sure I’ll get more nervous tomorrow. I’ve come to this race for 10 years straight to support ASICS’s efforts and I’ve been on the lead car and seen the course from there. I’ve watched Ryan run it. I’ve wanted to run this course for a long time, but I definitely wanted to be ready for it when I did because it’s a challenging course.

What was it like to run the Olympic Trials Marathon in February, then the Olympic Track & Field Trials in July and now the New York Marathon—all in one year?

I’ve definitely asked a lot of my body this year. At times it didn’t respond the way I wanted it to. Transitioning back to the marathon, I wasn’t feeling quite as good at first, but I just had to keep reminding myself that I was going to get back in that groove—and now I’m feeling the best I have in my buildup. I felt like emotionally and mentally I was excited about all these races—but I wasn’t sure how my body was going to respond.

How did you make that work with being a mom for the first time?

It was definitely not ideal to have our first year be the most intense running year. But in some ways, it helped to be more rooted in one place to handle all the different races. There was a similar rhythm to my home life, which was nice. It has been a challenge trying to figure out how to stay present. I have to accept that I [could] run as fast as I could if there was nothing else in my life, but I can still run faster than I ever half before. You have to accept that. Typically, before [my daughters], my life was conserving energy all the time. It’s definitely not now because parenting takes a lot of energy! Fortunately, them adjusting well has allowed me to still do this. Hannah [Sara’s oldest daughter] won her league cross-country championship yesterday, so there’s all these really fun aspects and getting to run more with her. 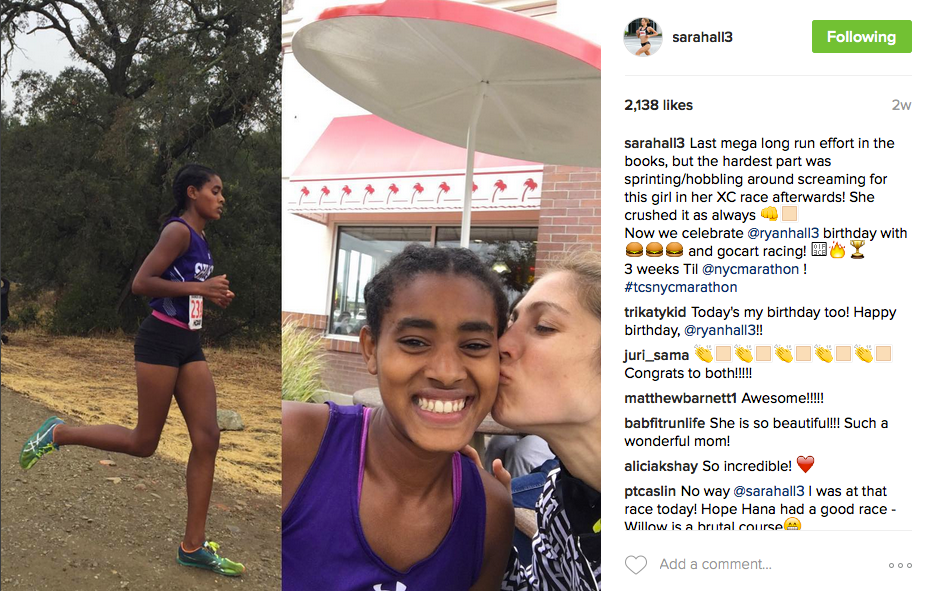 That’s so cool that your daughter is a star runner now too—what’s that like?

It’s great to see your kids excel in any activity, but especially when it’s something you really love; to have that connection is really fun. I was so excited for her, because she’s the oldest, she’s the most behind in school—life is hard for her. To have something she’s really good at to build confidence from has been so cool. It’s been fun where she’s fast enough now to actually do runs with me.

How are you guys going to celebrate your race?

I’m putting on a birthday party for our daughter Jasmine the day I get back on Monday. It’s going to be transforming the house into Arabian Nights!

What’s the best advice your husband, Ryan, gave you on running New York since he’s race it before?

He was encouraging me to not get discouraged if I feel like I’m not running fast enough. He was, at one point, 15th and feeling like he was having an off day. He wanted to drop out at one point but was running for our foundation [The Hall Foundation] so stuck in it. He ended up in fourth and really close to third, because a lot of people came back. No matter where you are, stay in it.

What’s your best advice for marathoners in the days leading up to the race?

Stay off your feet as much as possible. I know it’s hard in New York where everyone walks, but splurge and get some Ubers! Carbo-load in small doses. Spread it out as much as you can to have that fuel for your muscles. I like to think of the quote: “In the joy of going all out, I forgot my pain.” Go into the race with expectations that it’s going to be fun and you’ll feel great, but be prepared to feel pain—have your reason why you want to go through that pain.

Most importantly…what’s your pre-race breakfast?

I’ll be eating Muscle Milk pancakes for sure. They’re my favorite way to fuel. That’s what I eat everyday, so I don’t want to change anything. 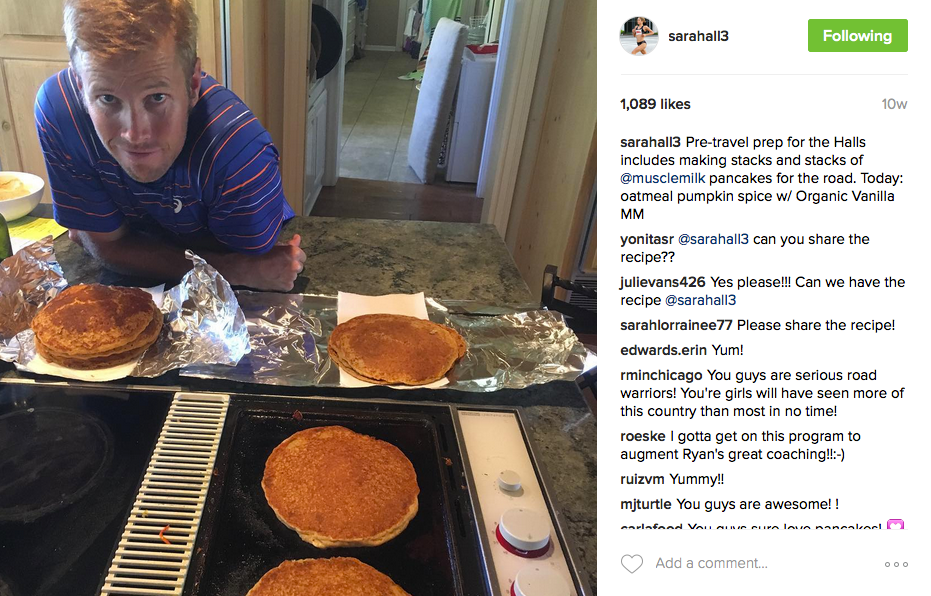 Sara Hall on the Olympic Marathon Trials: “I Don’t Think I Could Have Trained Any Harder”

A Q&A With Sara Hall Before The USATF Marathon Championships