PHOTO: Sara Hall balances her marathon training with family life since becoming a mother of four in 2015.

As a professional runner and mother of four, Sara Hall is always on the go. Just two days before our cover shoot, she was speeding through the streets of Japan, on her way toward a new personal best at the Tokyo Marathon with a time of 2:28:26. She landed the evening prior, woke up to get her kids off to school and was ready for our photo shoot before the sun went down. With Sara’s husband, Ryan, coaching behind the scenes, we loved spending the day with the spirited Hall clan.

What’s the best part of being on the cover of a magazine? Getting out of school early, of course! “They were excited,” says Sara, “but I had to remind them what a magazine was because that’s a newer term.” After adopting their daughters from Ethiopia in 2015, the Halls have worked to help them learn English quickly.

Hana (16) and Mia (13) are already following in their mom and dad’s footsteps with a top regional ranking in cross country and a 6:04 mile PR respectively. “We are all about the initiative coming from them and not us,” says Sara, “but I think it’s natural for kids to want to try things that their parents love.” After the shoot wrapped, the two older girls headed out together to do a run on the same trail.

As ASICS athletes, the whole family rocked running kicks and dug into the product provided for the shoot. The brand makes shoes for all ages but clothing only for adults. However, this wasn’t a problem for quickly growing girls. “Jasmine, who’s 9, has been starting to be able to wear some women’s extra-small!” says Sara. “We all went through the new product together—it was fun.” 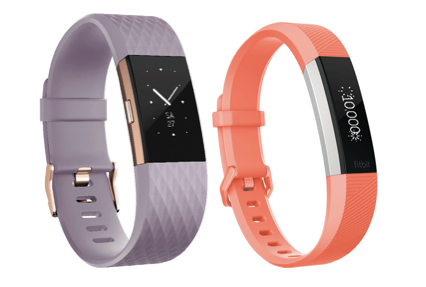 Sara and Ryan are sponsored by Fitbit and like to get the family in on the wearable action. For workouts, Sara uses the Fitbit Surge ($250), to review her route and split times. But when she wants something lighter and isn’t running for pace, her go-to is the Charge 2 (left, $150), which graces her wrist on the cover and gives her a full picture of overall fitness. She says, “I’m also really excited about the Alta HR (right, $150). Two of my girls wore them during the shoot. They’ve gotten really into tracking their steps and making a game of it.”

“A big part of the reason I ran in Tokyo was the crowds. They love distance running in Japan and the course was just packed—more than any I’ve seen,” says Sara. Despite running a blazing pace (5:40 per mile!), she was game to stride for our camera. “I was surprised that my legs felt pretty good. I was trying not to shuffle!”