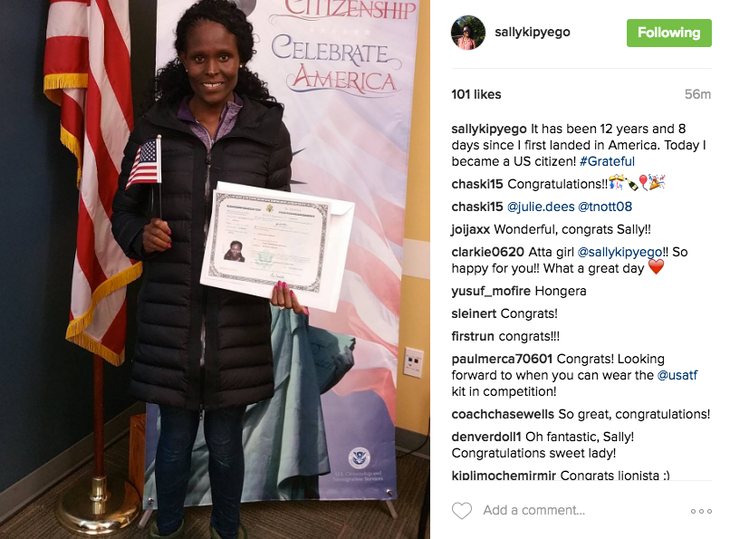 One of Kenya’s top elite runners, Sally Kipyego announced today that she has become a U.S. citizen after landing in America more than 12 years ago. To say that current American records may be threatened is an understatement, as Kipyego’s resume is rather impressive. Here are a few things to note about the Nike-sponsored athlete:

She ran a half-marathon PR last year at the New York City Half Marathon—just a decent time of 1:07:41. What?!

She ran for Texas Tech and is the school’s first Big 12 champion in cross country.

She is believed to be the first female runner to return to Kenya to make a national team after leaving to attend school in the U.S.

We are excited to see more from her as a U.S. citizen this year!