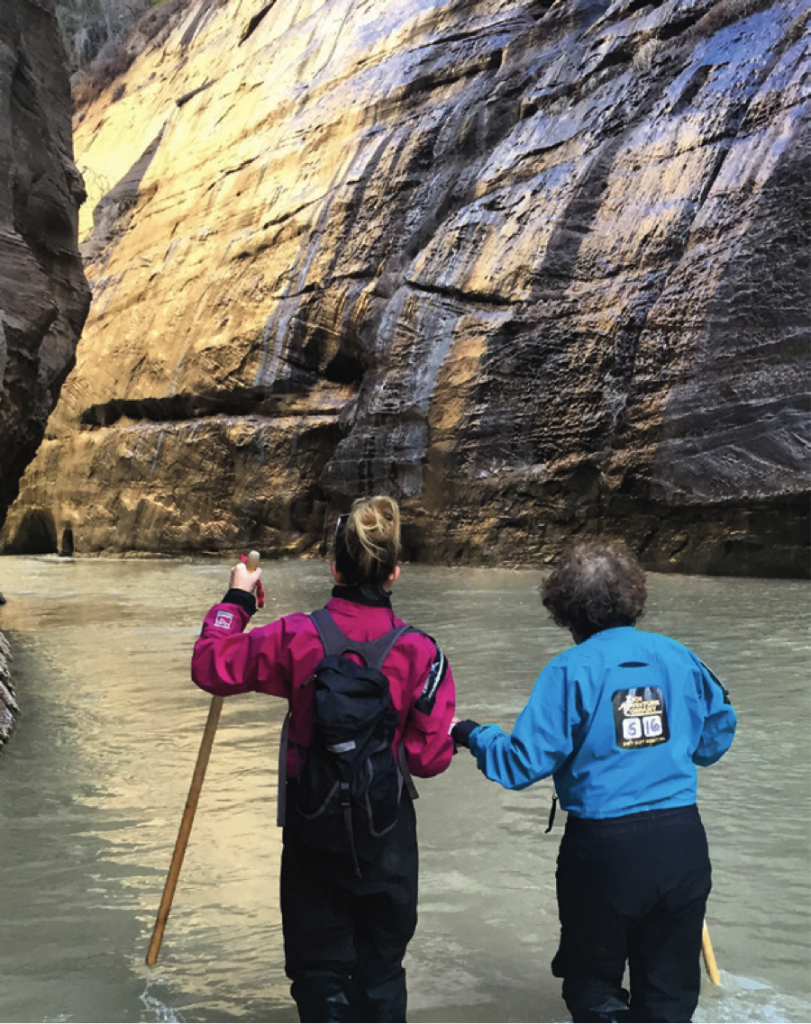 Last spring, I went for my first multi-day camping trip in the Sierra Nevada. I had never been backcountry hiking before and was awestruck by the experience. Lugging our packs for hours without seeing a soul, connecting with nature through craggy rock scrambles, wildflower fields and paper-thin air, I felt that we were trekking where no human had before.

This line of thinking was faulty, of course. After all, I was walking on a trail. Later on in the trip, I began to consider the people who had forged those paths. If I felt as if I were walking to the end of the earth (while following cleared avenues marked by cairns), what would it have been like for the pioneers who set across the terrain thick with growth to reach strange, new destinations?

This sort of trailblazing is almost unimaginable. I’ve never done anything in my life that no one has ever tried before. What would compel someone to attempt the summit? How brave would you have to be? Luckily, I was able to find answers to these questions when I interviewed the incomparable Bobbi Gibb. At 23 years old in 1966, Gibb became the first woman to ever complete the Boston Marathon. At the time, women were not allowed to compete officially; conventional wisdom dictated that a female would actually die trying.

It seems crazy to consider in today’s world, but at the start line, Gibb was just like an explorer, standing at a mountain’s base. With every stride, she was whacking branches and clearing brush. Crossing the finish, she discovered new land.

In an effort to explain how she found the courage to start, Gibb told me, “Running was my way of getting beyond social conventions, which in those days put women in tiny little boxes with no freedom.” She says she felt that her feat would be possible on an almost cellular level. “I was finding something deep within—I was harking back to an ancient time when Greek goddesses ran outside in the woods.”

The thing about trailblazers is they are often forgotten once the routes they’ve created have been well worn. This year marks the 50th anniversary of Gibb’s first marathon. I hope that sharing her story (read it here) helps lay a foundation to cement her legacy.

And we who follow in her footsteps are all the pioneers of our own stories. Where is your next finish line? Whether it’s summiting a mountain, running a road race or circling the block, take strength from Gibb and blaze on.

Meet the Elite: Our Q&A with Aisha Praught-Leer