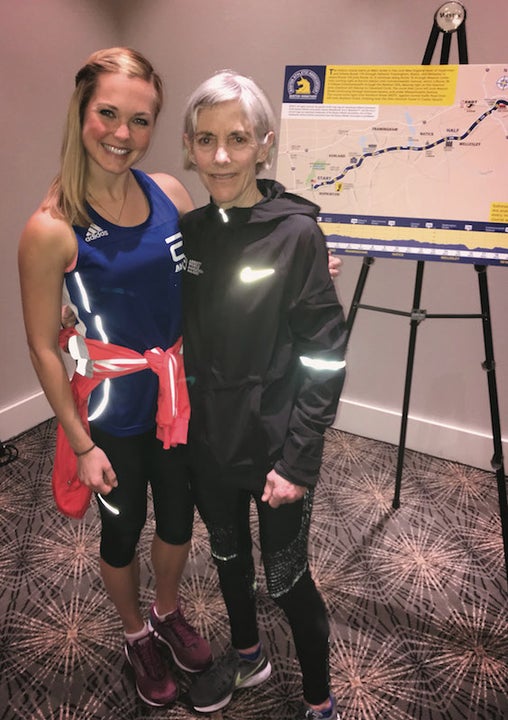 When it comes to having Type 1 diabetes, Courtney Duckworth has heard it all. “People will say, ‘Oh, you must have been overweight before,’ or, ‘Did you eat too much junk food as a kid?’ A lot of people are surprised to find out that you can’t do anything to cause Type 1 diabetes.”

Duckworth also tends to raise eyebrows when she mentions she’s a marathoner. Make that a five-time marathoner, including a 3:40:55 finish this past April in Boston. Diagnosed with diabetes at the age of 10, Duckworth, from Manassas, Va., uses running as an outlet for dealing with the stress of her disease, as well as a chance to just feel like a normal 20-something.

“When I’m running, it’s not about diabetes,” she says. “It’s about freedom. It’s the place where I can just be with my thoughts. I’m a much better person, and I have more peace of mind because I’m able to run.

“I’ll see recently diagnosed kids questioning their futures and wondering if they’ll be able to do things like run a marathon one day,” she says. “I am proof that yes, you can. It may take strategizing and planning, but diabetes should never slow you down.” 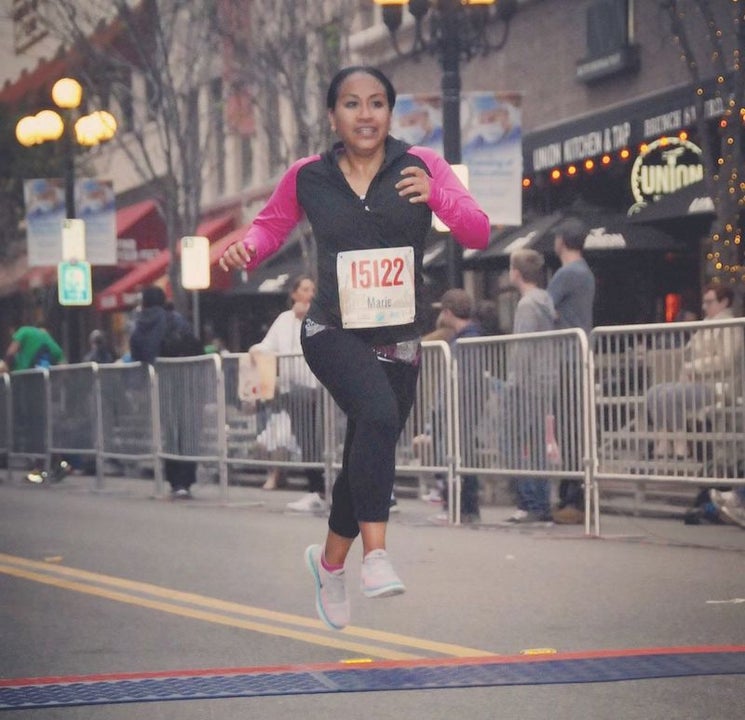 Marie Brown was just 21 when she was deployed to Iraq with the army. While the tour passed without incident, what followed were years of harrowing medical issues. Brown, of San Diego, Calif., was later diagnosed with Meniere’s disease, which has caused her inner ear to deteriorate. This all came about, says Brown, because of her direct exposure to raw sewage, burning oil and other chemical toxins while in Iraq.

Brown found herself so sick she could hardly get out of bed. She was medically discharged from the army in 2004 and spent the next several years in and out of hospitals and clinical trials to determine what was going on with her health. But even on her worst days, Brown had one constant in her life: running.

“I’d be in bed feeling awful but would tell myself, ‘If I just lie here, I’ll never get up again. I’m not going to let this kill me,’” Brown recalls. “I was in pain, but when I was focused on my run, my time and my breathing, I couldn’t have a pity party for myself.”

Today, Brown has completed several races, including two half marathons this year. She still gets migraines and dizzy spells, but she’s managing with medicine—and a brighter outlook on life.

“It’s amazing what running has done for me. It keeps all of my symptoms under control,” she says. “I may have to cut back and I may slow down, but I won’t quit.”

Marie’s Plan For Sticking It Out, No Matter What 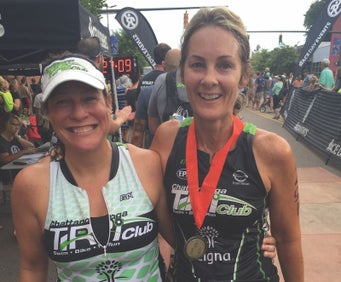 The night her son tried to kill himself in 2015, Angela Williams found herself on her knees in her bedroom, sobbing. It was all just too much for the Chattanooga, Tenn., native to bear. First, a divorce. Then, she lost her job. Now, her son. All Williams could do was pray and hope for a sign.

Then her phone rang. It was a friend, calling to ask if she was up for registering for an upcoming race. Despite the poor timing and all of the unknowns with her son, Williams took that invitation as the sign she prayed for—she was meant to run.

“Running became my coping mechanism,” shares the mother of two, who didn’t run a step until she was more than 40 years old. “My world was falling apart, but I’d go for a run and think about possible solutions. Things were still bad in my life, but at least I was better prepared emotionally to handle it all.”

Williams, whose son, now 23, is stable, says that running keeps her afloat when everything else in life has tried to pull her down by the ankles. It’s relieved her depression and given her hope when she was at her lowest points. It has also provided her with some of her best moments.

“Through running, I found some great friends, and I found my happiness,” she says. “It makes me feel alive.”

Fueled by the gratification of crossing the finish line, Williams went from running 5Ks to half marathons and has also completed a half-Ironman triathlon. These big challenges have forced her to face discomfort head-on, and she draws on her own life experiences to get her through it all.

“Running is a lot like life. It’s all about survival,” Williams says. “The more you experience those hard times, they get just a little easier to handle. It makes you stronger. Because if you’ve been through a lot before, you’ll know there is a finish line in sight.”

Angela’s Advice for Getting Through Tough Times

10 Reasons Why I Run

Identifying Your “Why” For Running And Fitness

When Healthcare Comes at a Premium, This Running Group Gives Black Women a Community of Movement