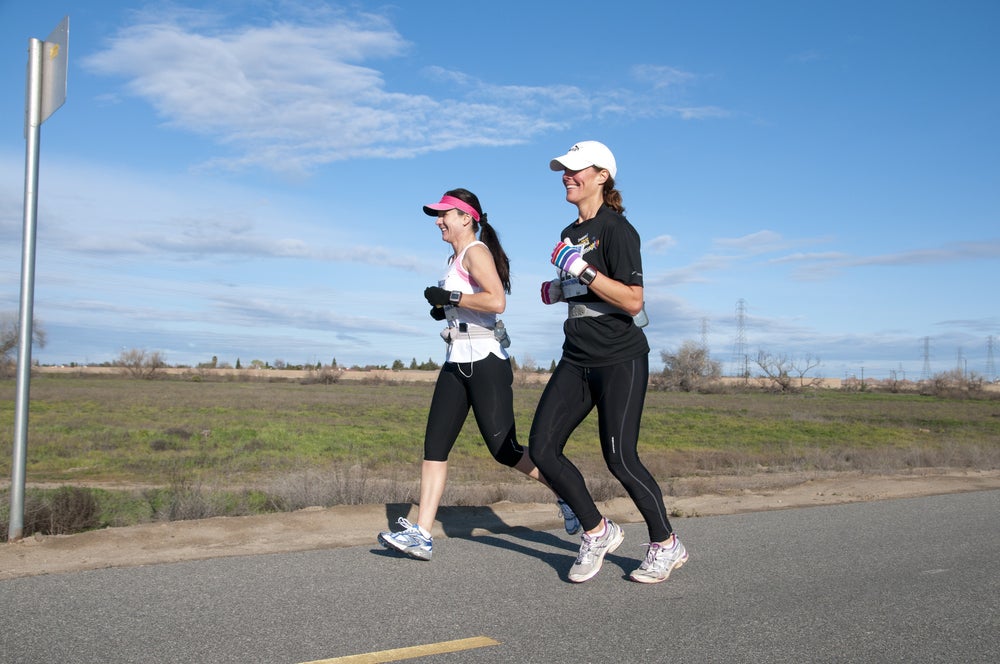 The other day I went for a run around my neighborhood. I should have felt great—the sun was shining, my playlist was perfect, and I had timed my pre-run coffee just right to give me an awesome energy boost. And yet I walked in the door in a bad mood. Why? I was annoyed that I ran slowly.

Odds are, you’ve been here too. Maybe it was a big race or just a casual workout like me, but you’ve probably had the delightful experience of feeling like crap after a run you didn’t consider fast enough. It’s ok, you’re human—it’s natural to want to succeed and normal to get upset when you think you haven’t. Deep down, you know you shouldn’t let it bother you, but how do you get over it?

Related: If You Run Slow Who Cares?

There always seems to be a conversation, both out in the world and inside our own heads, about what constitutes a “real” runner. Thanks to the recent body positivity movement, there’s a lot more acceptance of different shapes and sizes in our society. That’s great for our sport; the effect has trickled down into the running world, and all body types are equally considered runners.  But when it comes to speed, there’s still a misconception that if you’re on the slower side, you’re not a “real” runner. Why? Why should speed or pace make or break a run—or define a runner? I gave it a lot of thought, and my grand conclusion is…it shouldn’t. It doesn’t matter if you run slowly. It just doesn’t. Because whether you’re an elite or an everyday runner, pace is relative and doesn’t affect the aspects of running that really matter. Whether you’re a tortoise or a hare, there are a few universal truths of running that remind us that speed ain’t nothing but a number.

We’re not here to judge

Remember when you were a kid, paranoid that people were judging your big feet or braces, and your mom promised you that everyone was too busy worrying about themselves to notice your perceived imperfections? Turns out mama was right. So if you find yourself spending workouts worrying that every passerby can tell you can’t break a 12-minute mile, or that fellow runners are judging you as they lap you on the track, trust me—no one notices. Really, truly, no one. Do you go around judging runners you think are slower than you? Of course you don’t! Your speed doesn’t matter to anyone else, so don’t let it bother you either.

A PR is a PR—at any speed

There is nothing quite like the satisfaction of training hard for a race, giving it your all and successfully shaving seconds off to set a new personal record. Even if you don’t like to race, you know the elation of running farther than you ever have or finishing your regular route a few minutes faster than usual. In those moments it’s impossible to think about your speed as anything other than amazing; even if it was a snail’s pace, it still carried you to a personal breakthrough, and that’s something to be really proud of.

We’re all the same where it counts

Unless you were a running prodigy, everyone started out the same way—huffing and puffing through the first mile and hobbling around with shin splits and tight hamstrings the whole week afterwards. And no matter where our running careers take us, we all started for the same reason—we love to run. Runners of all abilities are connected because we know the challenges, the failures, and the aches and pains are all worth the feelings of freedom, satisfaction and happiness that only running can bring. So remember that even if it takes you twice as long to run half as far as another runner, you’re equal in your efforts and passion—and that’s what truly counts.

Setbacks strike runners of all speeds

There’s no equalizer quite like disappointment. If there’s a silver lining to having a bad run or upsetting race, it’s knowing that pretty much every runner has been in your sneakers at some point too. There are so many factors that can throw off the best of runners—weather, stomach issues, a bad sleep, sore muscles—and they affect super speedy and steadfastly slow runners alike. So don’t beat yourself up or blame a frustrating run on your pace, because it happens to all of us.

Everyone is slower than someone else

It’s simple math—there can only be one record holder in an event or one first-place finisher in a race. Technically, that means everyone else is a slower runner. Does that mean the runner-up isn’t an athlete? Or the last person to cross the finish line isn’t a real runner? No way. So there’s no reason to compare yourself to another runner and let a difference in pace take away from your personal success. We’re all slower than someone, and we’re all faster than someone, but the only thing that matters is that we’re all just trying our best.

It’s Cool To Be A Tortoise

The Slow Runner’s Guide To A Fast(er) 5K