The first half marathon you complete is one that sticks with you for a long time and encourages you to push farther with every race after. You remember which mile you cried at, or you recall the motivational words you heard from those running around you. For me, it was mile 8 where I felt like I couldn’t run any farther. But the reason I kept moving for 5 more miles was because I was with my mom—and this was our first race together.

Growing up, my mom and I always had a strong relationship. She allowed me make mistakes and learn from them on my own while standing close by to support me. I never felt like I was alone, and since she was always there for me, I wanted to show my support for her through running a race with her. 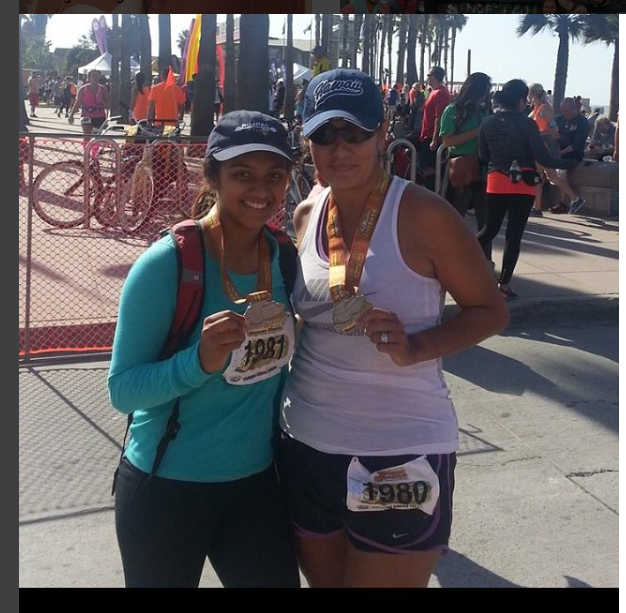 We were lucky enough to run the Silver Strand Half Marathon together in 2013 in San Diego. This flat and scenic route was beautiful as we ran from Coronado Beach to Imperial Beach on that early morning. Even though I went into this race having only run 8 miles, knowing my mom would accomplish something she always wanted to do eased my nerves.

Running initially brought us together because it was something new to both of us. We bonded over the excitement of attending expos and opportunities to run at new race venues together. It also helped that we were each other’s main running buddy, so as we trained, I saw her confidence build with every step she took.

My mom has always been a runner, but she had never done any official races. Since our first half marathon fell on her birthday, she could not think of a better way to celebrate her fortieth year than by running 13.1 miles with me! Without hesitation, I signed up with her knowing this would be a big step for both of us; our relationship grew closely through the miles.

When it came to race day, my mood shifted from what it was during training. I was terrified and also tired. You could feel the anticipation of everyone around you at that start line, and it was almost contagious. I glanced over my shoulder and saw my mom smiling and warming up—and I knew we could do this.

During the race, we ended up running separately because I wanted to make sure she reached her goal time. I didn’t want to hold her back. We reunited after the finish line, and as we sat inside the first-aid tent—icing our knees and using those trusty Band-Aids—we talked about what was the most challenging. And, of course, we also talked about who was going to take the first Epsom salt bath once we got home!

Since that race, we now have a tradition set to run at least one half marathon a year together, and we don’t let life’s happenings get in the way. She can definitely outrun me though—and has not only passed me during races, but she’s also beaten me in medal count! 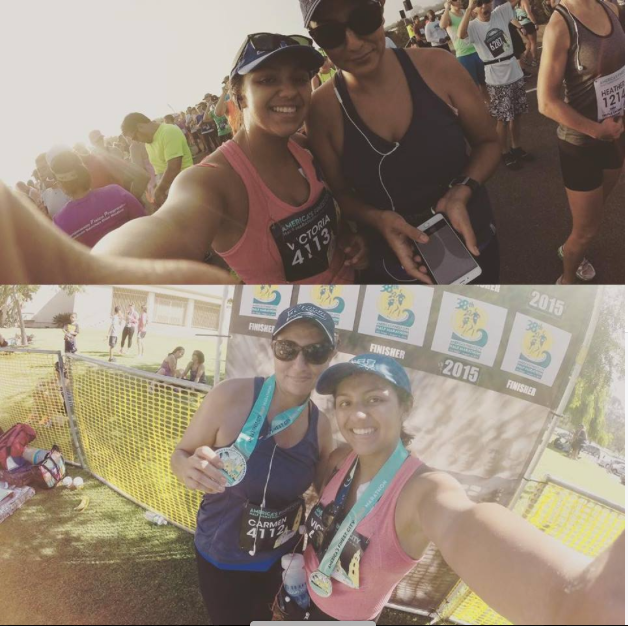 At 57, My Mom Became a Runner—and I Discovered Who She Really Is

To All the Miles We’ve Shared Together