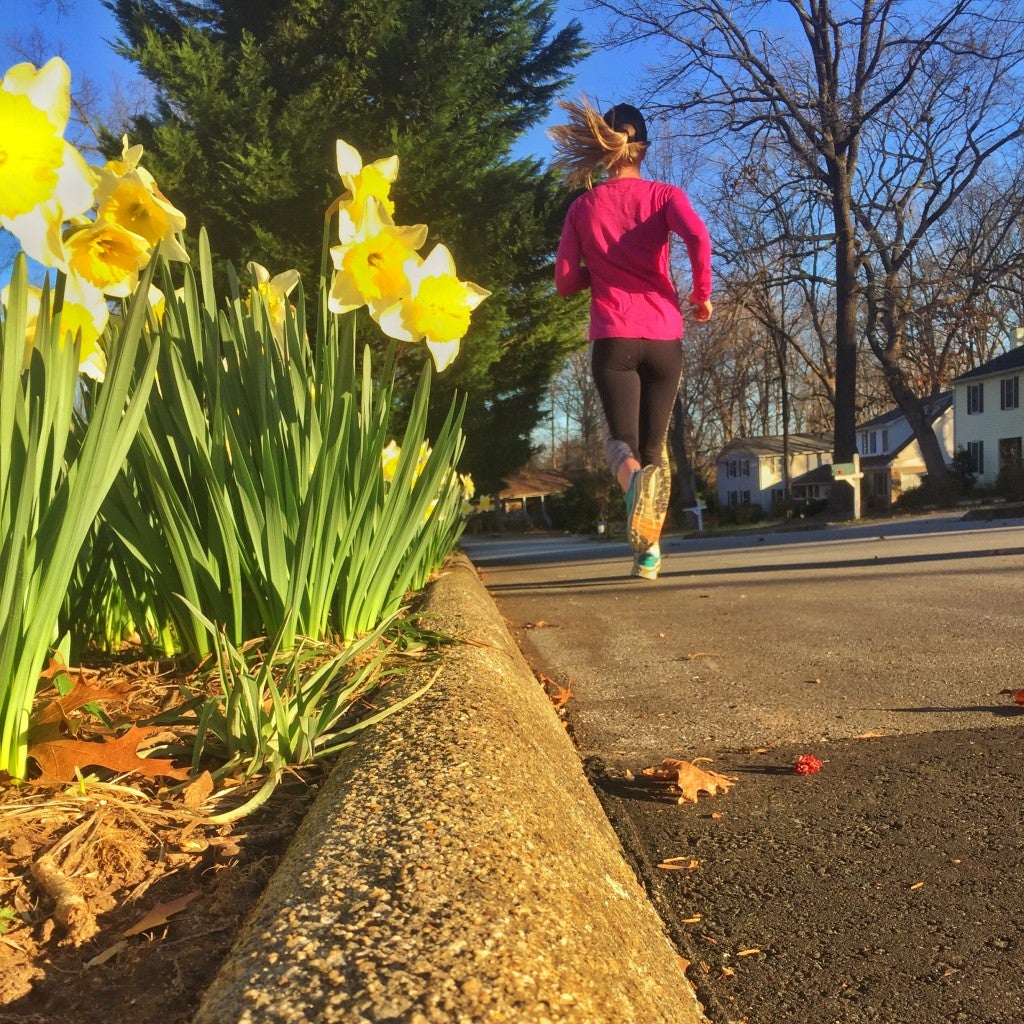 I know it’s February and you probably didn’t want to get out of bed for another cold run this morning, but you did anyway. I know that those first few miles probably felt like they lasted forever, and maybe they did. You have a hard time warming up—like so many people do—and it’s even harder when your sweat is freezing on your face. Why do you live somewhere where sweat freezes on your face, by the way? Let’s revisit that later.

I know that you get discouraged sometimes when your paces aren’t what they used to be. It’s hard not to compare yourself to your previous training and it’s especially hard not to compare yourself to all the happy, speedy runners you see every day on social media, right? I mean, they’re everywhere—and they’re smiling. Why are they always smiling? Who smiles during a speed workout? Not you, because you’re trying to breathe, like a normal person. It’s okay that you’re not smiling and it’s okay if you’re not as fast as you used to be. You got out there anyway, and that’s half the battle.

I know that you were up late last night working, or taking care of the kids, or worrying about money, or crying over that jerk-who-shall-not-be-named. I know you’re tired. And I applaud you, because life just gets in the way sometimes, doesn’t it? It makes running your biggest stress reliever but also sometimes, it makes running feel like one more thing on your to-do list. I want you to know that it’s okay to love running sometimes and try to avoid it other times. It’s the nature of the beast.

I know that you probably wish your stomach looked like the fitness models you see when scrolling through Instagram. I want you to know that it’s okay that it doesn’t; your stomach looks great, no matter how many kids you have or how many invisible stretch marks you think are deforming you. They’re not. You’ve worked hard for the body you have (you’re a runner, after all!) and that body has carried you many miles, across many finish lines, and through obstacles you never could have imagined a few years ago. Be proud of it.

I know you probably wish you were faster, because all of us do. But you know what? A 6-minute mile is just as far as a 12-minute mile, and all that matters is that you’re working hard to be whatever type of runner you want to be. We all have different goals. The most important thing to remember is that running should add more to our lives than it takes away, whatever that looks like for you.

I know you sometimes feel inadequate. You’re not. You have a body and you run—you have a runner’s body. You are stronger than you think and more capable than you know. You are determined, powerful, and brave, even when you don’t feel like it. You can do anything you want to, and the world is expecting you to. After all, 50 years ago, women couldn’t even legally run the Boston Marathon. Today, they make up 46 percent of all finishers. That’s thanks to badass female runners like you!

I know that there will be days when you think, What is the point? I know that you’ll feel alternatively strong and weak, fast and slow, and alive with energy and completely unmotivated. But I know, more importantly, that you’ll keep getting out there, day after day and year after year. And I know that I’m proud of the runner that you are—and you should be, too.