With increasing equality in school sports thanks to Title IX and an acceptance that women could not only finish but compete in longer distances, the 80s ushered in a burgeoning era for female athletics. The first women’s Olympic marathon in 1984 was not only a giant step forward, but an American’s win also rallied the country around one of its own—and inspired girls who grew up in an “I can be anything I want to be” world to lace up.

The 1980s: Do you recall tucking a portable CD player into your palm before hitting the road to the sound of “Purple Rain”? Props go to the (1) FIRST SONY DISCMAN, which came out in 1984. 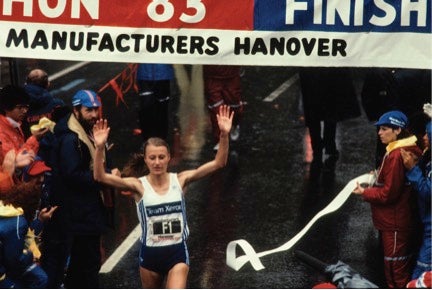 In the United States, (2) GRETE WAITZ doesn’t tend to have the name recognition of Joan Benoit Samuelson (the American who won the first women’s Olympic marathon in 1984). But this amazing Norwegian runner—who was the first woman to break 2:30—got silver at the ’84 Olympics and won the New York City Marathon an incredible nine(!) times. Her last NYC victory was in 1998 and her record has never been broken.

A notoriously private person, Waitz died of cancer in 2011 at the age of 57, but her grace and power as a groundbreaking icon in women’s running lives on.

She once said: “Too many people I meet believe that you can sit in a chair and be given motivation. With exercise and fitness, you get it by doing….If you give exercise a try and see results, even if it’s as simple as feeling good that you get out the door, you’ll become motivated to repeat the exercise. Seeing results is inspiring.” 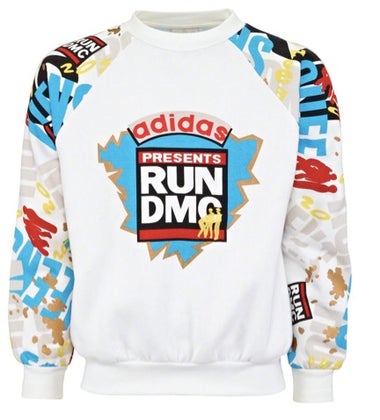 One of 2016’s buzzwords is athleisure, but remember when (3) RUN-D.M.C. STARTED WEARING TRACK SUITS and “Flashdance” outfits became the norm at high schools across the country? This trend is not new.

“My Adidas and me, close as can be. We make a mean team, my Adidas and me. We get around together, we’re down forever, And we won’t be had when worn in bad weather.”
—“My Adidas” by Run-D.M.C. 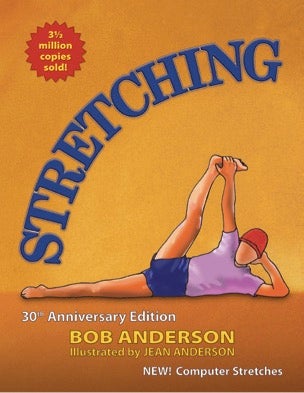 The book (4) STRETCHING by BOB AND JEAN ANDERSON met the mainstream in 1980 when Random House distributed the simple instructions to help people increase flexibility—and athletic performance. The timing went hand-in-hand with the rise of jogging, aerobics, leg warmers and colorful headbands, but after these fads dissipated, stretching would continue to resonate. A 30th-anniversary  edition of the book includes descriptions of dynamic stretching, and it is still recommended by countless doctors and physical therapists.

RELATED:
What Running Was Like In The 1960s
Take A Look Back At Running In The 1970s