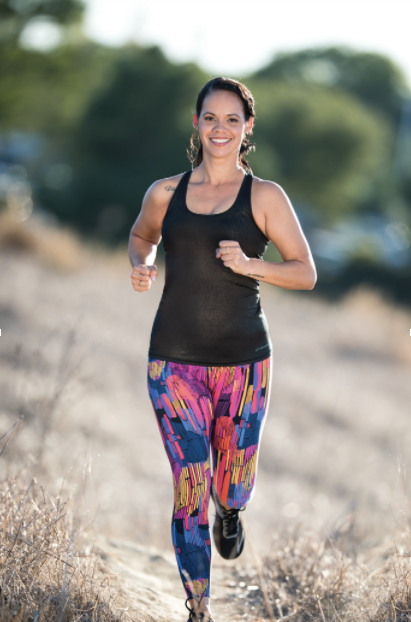 Last September, more than 3,000 women entered the Women’s Running Cover Runner Contest Powered by Jaybird. Our editors selected eight inspiring finalists—and you, our readers, chose one winner to appear on the front of our January/February magazine. Her name is Keysha Lleras and this is her story!  [Photography by John Segesta]

When Keysha Lleras was 8 years old, her parents, Puerto Rican immigrants, took her and her three siblings to watch the New York City Marathon. The course ran through their South Bronx neighborhood, and Lleras stood on the sidewalk wide-eyed with amazement at the athletes striding down the street. “Did I ever think I would someday run it?” she says. “Never!”

Lleras had just arrived in New York, her parents seeking a better life than what they could manage in their native country. She was an active kid, jumping into pickup football games and later running track at the public elementary school. “I grew up in a tough neighborhood and was part of a youth program that kept me motivated and out of trouble,” she recalls. When she was in the sixth grade, a teacher took her to her first race, a 5K in Central Park. She loved the thrill of finishing and returned every year to race.

In high school, Lleras began dating a classmate whom she would marry at 20. “We had a pretty good relationship in the beginning, and then it turned into a battle of him wanting to control my day-to-day life,” she explains. The arguing became incessant and increasingly heated. When she was 25, the relationship took a dark turn. “No one knew that I was being verbally, emotionally and physically abused,” says Lleras. Her parents realized what was going on after police were called during a violent episode in which Lleras was attacked by her husband and bitten on the face and arms.

She moved in with her parents, but ended up reuniting with her estranged husband. “It’s almost like being addicted to drugs, but a different kind of drug,” she says. “We had been together for so long and had built a home together.”

When Lleras became pregnant with her daughter, Hailey, she was hopeful that her relationship would improve, but it only got worse. She was working for the Administration for Children’s Services—her job is to investigate claims of child neglect and abuse—and couldn’t accept the hypocrisy of her situation. “I said to myself, ‘How am I going to tell my clients that they can’t be in an abusive relationship when here I am living the same life and hiding it?’” She had to get out.

Lleras found a tiny Bronx apartment for herself and Hailey. She was committed to starting over—but was intensely depressed. Her mom, who lived in Florida at the time, came to New York for a month to support her daughter. Lleras barely had the energy to leave her room. “I was in a really dark place,” she says. “I was still going to work, because I knew I had to support my daughter, but I was crying a lot, and people were noticing that something was wrong.” Lleras knew she needed some kind of lifeline but didn’t know where to turn.

One day, she felt a pull to the trail behind her office building. Every afternoon, during her lunch hour, she would go to the path and walk. Then she started to jog. “I couldn’t run a quarter of a mile, and it was more walking than anything, but it allowed me to think and put things in perspective,” she says.

“For a very long time I had no will, and I told myself ‘no’ without even trying. But willpower, determination and the courage to keep moving forward found its way to me through running.”

She slowly began to build some endurance. When her best friend asked if she wanted to run a 5K in Connecticut, Lleras agreed. It was her first race since her Central Park running days as a kid. “After that, I just kept running,” says Lleras. “I saw how much it helped my stress, how I was able to be a better mom to Hailey, how I was able to be more productive at work and how good I felt.”

She’s since completed several endurance events. Lleras says, “2016 has been the year of the most accomplishments for me.” Over the course of 12 months, she received her graduate degree in mental health counseling, completed her first half Ironman and full Ironman, ran three marathons and finished several other shorter races as well.

Lleras says her athletic pursuits have inspired her daughter, now 9, to set her own goals. Hailey, who was diagnosed with dyslexia and speech issues, recently finished a kid’s triathlon, which helped boost confidence. Now, Hailey joins her mom on shorter runs.

Running has not only provided an emotional release and bonding opportunity with her daughter—it also helped Lleras shed unhealthy weight brought on by pregnancy and depression. Today, she’s lost 80 pounds and is committed to her daily gym treadmill run not just for weight maintenance, but to preserve her sense of well-being. “I make it my business to be at the gym every day, because it helps me be a better mom and cope with things a little differently,” she says.

“Whatever it takes” could be Lleras’ mantra not only when applied to her fitness routine but also her life writ large. “I could have given up,” she says. “I could’ve made a ton of excuses for why I couldn’t. But I’m done with not doing what I need to do for myself and my daughter in order to progress.” 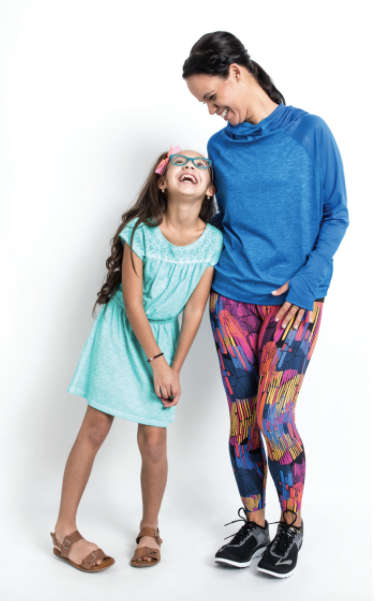 Lleras plans to tackle another Ironman and wants to one day qualify for the Boston Marathon. More important than any time goal is the impact Lleras hopes to have on other people in dangerous relationships.

“A lot of women are probably trying to find that way out, and if my story can inspire someone to get herself out of a situation that can harm her or her children, I need to share it,” she says. “For a very long time I had no will, and I told myself ‘no’ without even trying. But willpower, determination and the courage to keep moving forward found its way to me through running.”

That determination was on display at Lleras’ most recent race—the 2016 New York City Marathon. She is now that strong, invincible athlete as seen through the eyes of every little girl looking on from the sidelines. She is brave, undaunted by the challenge before her. She is not a victim—she is a runner.

“Little by little, running has made me stronger and given me the courage to continue—one stride at a time.”

If you are experiencing abuse, you are not alone. Please call the National Domestic Violence Hotline at 1-800-799-SAFE (7233) or reach an advocate online at thehotline.org.