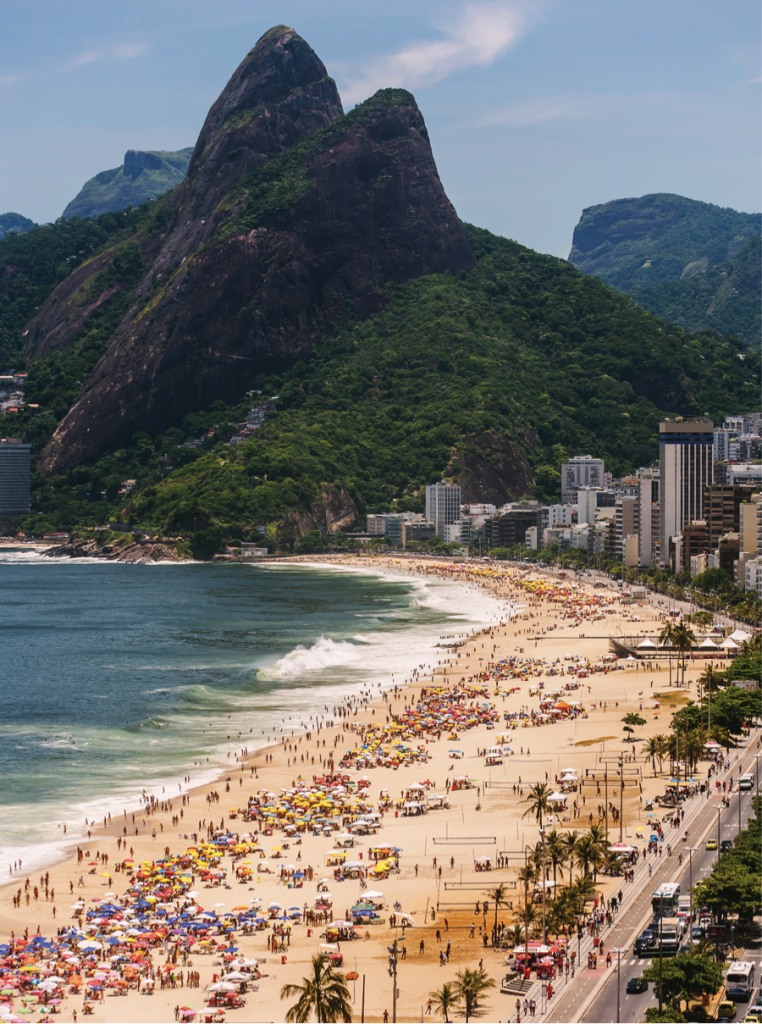 This month, nearly half a million tourists were predicted to pour into Rio de Janeiro to catch a glimpse of the best international athletes competing on the world stage. Despite unfortunate circumstances that have clouded Brazil’s appeal during this Olympic year—the advent of the Zika virus, construction disasters, petty crime and water pollution to name a few—the region remains an urban paradise.

In a gritty city more populous than Chicago or Shanghai, locals enjoy life alongside troops of monkeys and flocks of toucans. A strong fitness culture and 45 miles of beach create a symbiotic relationship, offering both open space and good reason to work out.

Unsure whether Rio deserves a spot on your running-travel bucket list? Consider these seven reasons why this paraiso urbano might be worth the reals.

It’s a mecca of fitness. 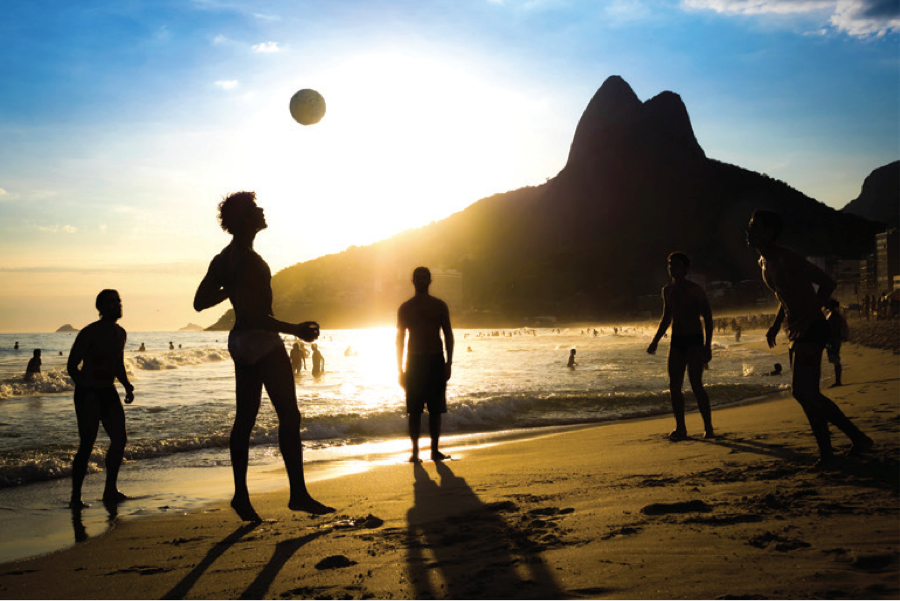 “People exercise day and night here,” says Rio local Rubia Busarello, owner of Brazil Adventure Tours. “In the popular places, you will always have company for runs…Rio is a dream city for runners.” Thanks to the hot weather and easy beach access, cariocas (Rio residents) enjoy a culture where minimal clothing is motivation enough to sweat up a storm. Oceanside paths are often crowded with runners, walkers and cyclists who can enjoy views both of the sea and of people playing soccer, volleyball, beach tennis and frescobol (a version of baseball) on the sand, as well as swimmers, paragliders and kite surfers splashing in the waves. Nearby roads are often closed to traffic on weekends to provide more room for active bodies.

Fresh food is served by the kilo. 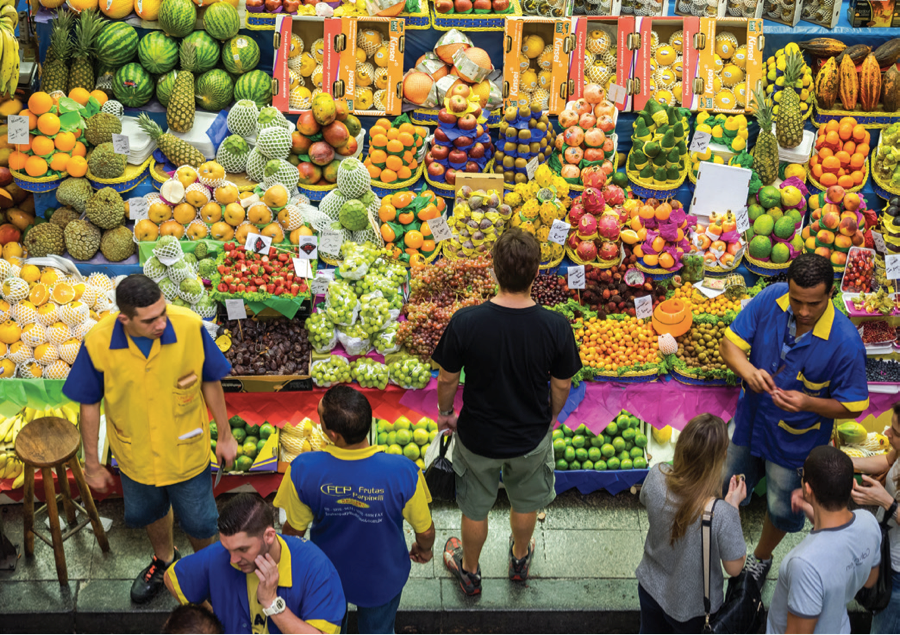 Nearly every block in Rio boasts a “por quilo” restaurant, brimming with produce, grilled meats and local delicacies. Julie Wunder, a North Carolina–based blogger with “Running in a Skirt,” visited the city last year and said these popular spots were one of her favorite places to eat. “There’s every type of salad you can imagine, fresh heart of palm, different types of beef and fish—everything is really fresh and you can tell Brazilians take a lot of pride in the food they serve.” One of the best chains, simply named Kilograma, serves up meat grilled churrasco-style as well as chilled sushi and dessert. Runners can skip the zoo and head to the parks in search of trailside fauna. Busarello recommends starting from the Botanical Garden in the Horto district and following the path to the Vista Chinesa pagoda (a 380-meter climb over 4K), which offers a lovely panorama of the city. If your lungs can handle the elevation gain, you can also start at the main entrance and make your way to the top of Pico da Tijuca, the green space’s highest point at over 1,000 meters. Warning: The final stretch is so steep, it requires the assistance of a chain, but Busarello says, “The 360-degree views of Rio are sensational.” Even if you don’t make it to the top, you can still see “two or three types of monkeys on many runs” as well as “beautiful waterfalls and rivers tumbling through the forest.” Both Wunder and Busarello cite the lagoons as favorite places for a jog. The city is home to five of them, all lined by pedestrian- and bike-only thoroughfares. An 8K path around the Rodrigo de Freitas Lagoon provides views of granite peaks filled with lush forest as it takes runners under the statue of Christ the Redeemer, as well as next to a horse track and heliport. Caution: Don’t be tempted to go for a dip as dangerous bacteria have been discovered in the water. Busarello prefers Lagoa de Marapendi. “Parts away from the road are very peaceful, with birds flying over the vegetation of the reserve, lizards sunning themselves on the path and occasionally a family of capybara looking for greener grass on the other side of the fence!” She recalls, “I nearly tripped over the dad one evening—they are as large as a pig and not easy to see in the darkness.” These giant rodents are generally docile and not a threat. 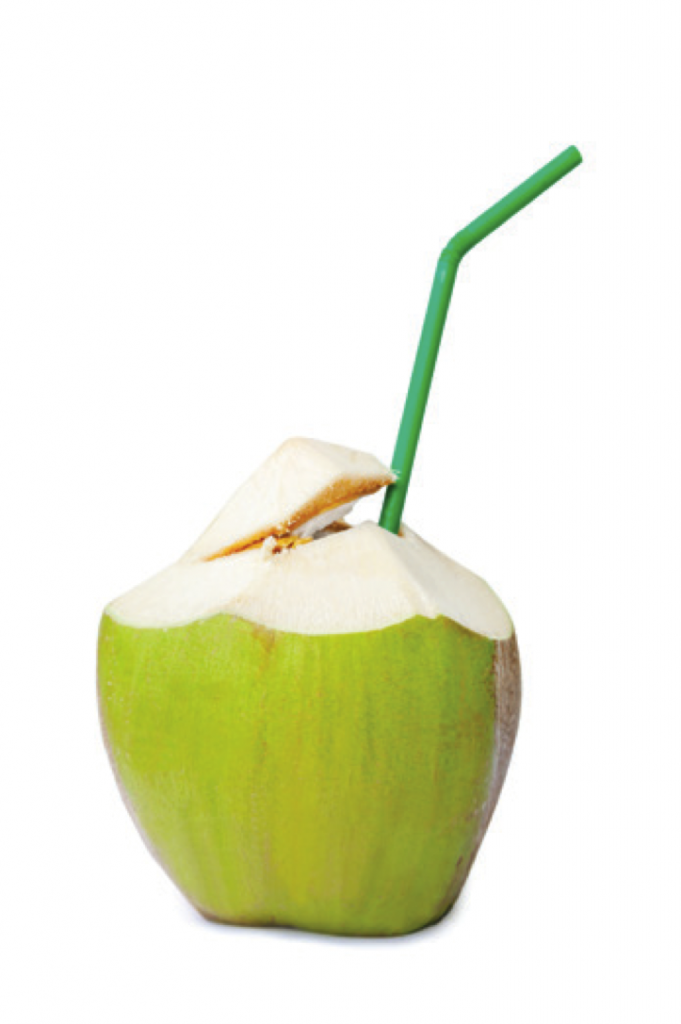 Long before Vita Coco was sold at Whole Foods for $5 a carton, street vendors in Cidade Maravilhosa were cracking young fruits and serving them stuffed with a straw to thirsty Brazilians. This natural refreshment delivers hydration and electrolytes, perfect for replenishing what’s lost on a run in Rio’s sticky humidity. Wunder remembers drinking one almost on a daily basis during her trip. “It’s awesome,” she says. 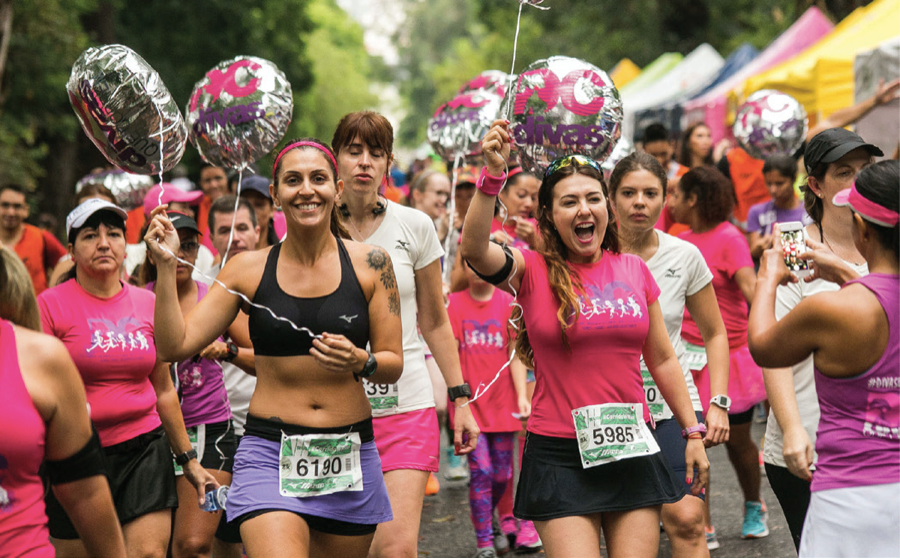 Brazil boasts a booming running culture for women in particular. Runner Giselli Souza started the blog and running group Divas que Correm (translation: “divas who run”) in São Paulo with an objective to forward her belief that, as she says, “There is room for everyone in a race.” Souza explains that her audience is women who “somehow fell in love with running, despite not having the ‘physical characteristics of a runner’ and having a busy life where there is [seemingly] no room for an hour of daily training.”

Over the past two years, Souza has expanded her efforts to other cities, including Rio, as the growth of women’s running has flourished nationwide. She says that the leader there is Tatiana Ng, “a Brazilian- Japanese funny girl who loves to run like me!” Last year, Ng led the Rio crew in the Nike Women’s Victory Tour, a 21K female-specific race series hosted by the brand. 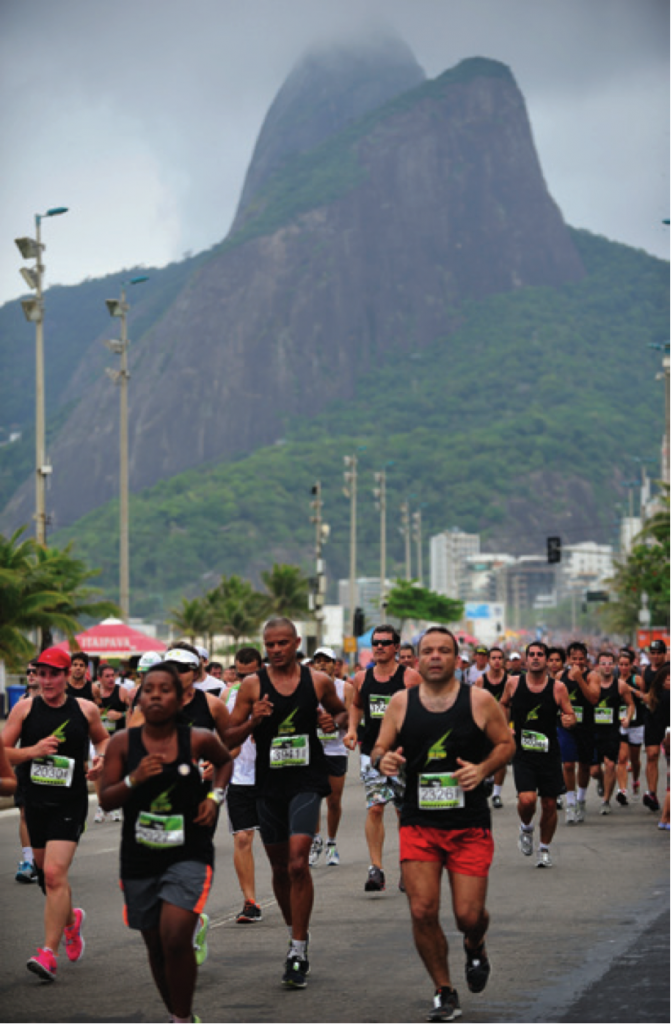 The most popular race in the country, the Rio de Janeiro Marathon, visits the city each summer (although officials moved it to May this year so as not to conflict with Olympic preparations). More than 10,000 competitors pour through the streets in the point-to-point course, which snakes along the beaches of Ipanema and Copacabana with views of Sugarloaf Mountain throughout the flat route. As with anywhere you go in Rio, Busarello says, runners should be prepared to see extreme wealth alongside extreme poverty with “favelas [slums] covering some of the mountainsides and the most expensive districts in the Southern hemisphere right alongside them.” The marathon offers half and 6K options, but there are a number of races throughout the year. The Color Run, Ironman 70.3 and Spartan Race all have stopovers in the city.

The crime rate in Brazil is above the national average in the United States, according to the U.S. State Department, so it’s important to take some precautions.

Travel light and bring a friend.
When running, leave your valuables (phone, GPS watch, headphones, jewelry) at the hotel, as the State Department warns items like these “may attract attention from criminals.” Do take your buddy so that you can have each other’s back.

Stay calm if pick-pocketed.
Petty crime is unfortunate, but no amount of cash is worth putting your personal safety at risk. In advance of the World Cup, Brazil created a pamphlet for tourists advising that if robbed, “do not react, scream or argue,” so as not to escalate the situation. U.S. traveler Wunder says that she avoided risk by staying in an area known to be safe and taking taxis at night.

Stick with a tour group.
When in doubt, let an informed local be your guide! Brazil Adventure Tours, co-owned and operated by Rubia Busarello, provides packages for every sort of thrill-seeker with tours packed with snorkeling, hiking, scuba diving and running, of course.

With Zika virus warnings flooding the news, should travelers take heed? Mosquito precautions should always be taken in Brazil, not only due to Zika, but dengue fever as well—the country has the highest number of cases worldwide. The Centers for Disease Control and Prevention provide these guidelines:

Friends On The Run: How Race-cations Create Friendships For Life