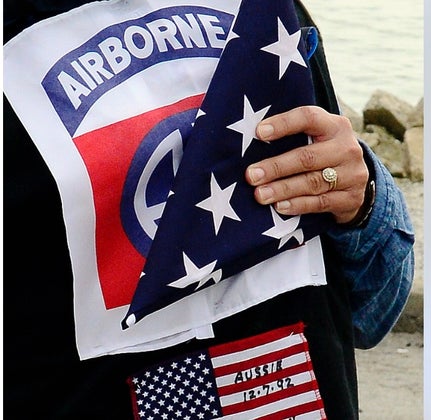 At the One America Mini Marathon in Indianapolis this past weekend, sisters Megan Hall Brown and Jennilynne Hall each carried a full-sized American flag as they ran 13.1 miles. They ran to honor Abigail “Abby” Williams and Liberty “Libby” German, two teens who vanished while hiking on a trail In Delphi, Indiana on February 13th, 2017. Their bodies were found near the trail the next day, and their murderer(s) has yet to be found.

RELATED: This 11-Year Old Is Running A Half To Honor His Best Friend

The Hall sisters had already signed up for the Indy 500 half-marathon and decided to dedicate their miles to Abby and Libby. Shortly after, they saw a news story about the Flags 4 Fallen Foundation, an all-volunteer organization that recruits runners to carry full-size U.S. flags through their entire race and to the finish line for families who have lost someone too soon. They contacted the foundation to find out how they could make their mile dedication more meaningful by carrying flags that would then be given to Abby and Libby’s families. 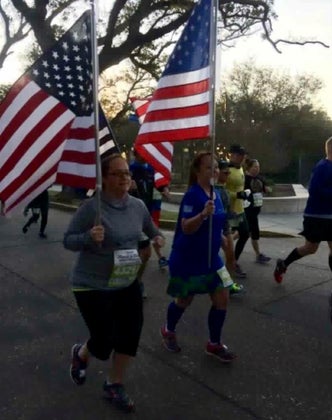 Flags 4 Fallen was founded by Richard Clark, an 82nd airborne veteran, who started running more than 36 years ago at the age of 14. In September 2015, Richard decided to run a half marathon carrying a flag in honor of Austin McReynolds, a soldier who was killed by a hit-and-run driver. He presented the flag to McReynolds’ parents at the finish line, and it was such a powerful moment that he knew that he would run in honor of another fallen hero again. Soon after that race, a runner whom he didn’t know—but who had witnessed him handing the flag to McReynolds’ parents—contacted Clark asking how and whom he could honor in an upcoming race. The interest of this outside runner gave Clark the idea to start his foundation and in February of 2016, Clark launched a Facebook page. Shortly after, Clark was contacted by Letty Marino and Linda Chambers with a list of races that they were running. They were looking for fallen heroes to honor as well. Since then, the foundation has steadily grown. 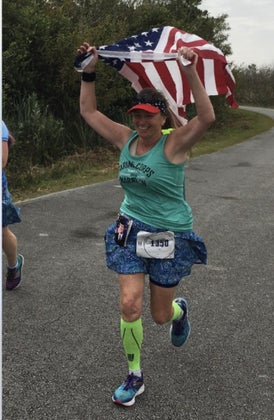 While initially runners were only dedicating miles to military heroes, eventually they started running for police officers and fire fighters as well. After Clark saw the Deepwater Horizon movie about the drilling rig explosion resulting in the death of 11 workers, he expanded his vision of whom he wanted to run for.

“The story made such a huge impact on me, so I reached out to two families of Deepwater casualties…I realized this could be about any Americans who had died too soon.” After this past weekend’s race, Flags 4 Fallen runners have carried 105 flags in 21 states.

Readers can get involved with Flags 4 Fallen by joining and sharing their Facebook page, which will result in both more flag runners across the U.S., and more families grieving the untimely death of a loved one being aware of another way their lost one can be honored and remembered. Every step, every mile, every life matters.