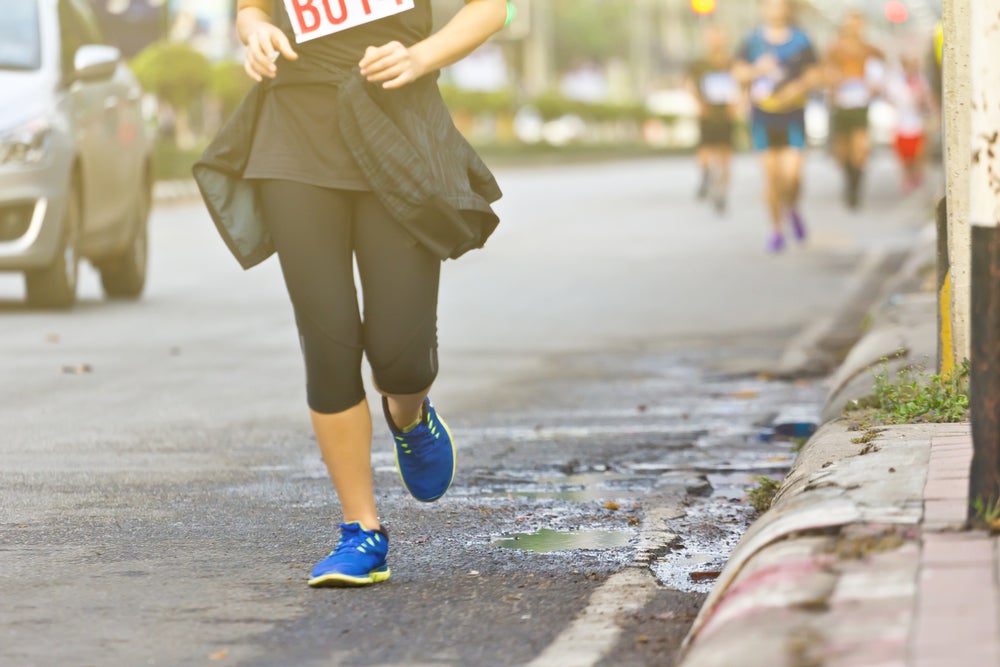 I’ve never tried racing with a contact high. I mused to no one in particular as I checked my shoelaces one last time. The faint-yet-unmistakable smell of (legal) marijuana filled the air as the flicker of light from tiki torches bounced off the sea of runners at the start line of the Reggae Marathon, Half Marathon and 10K.

I found myself fidgeting with anticipation. I was simultaneously captivated by the crystal clear waters crashing against the white sand beaches just 100 yards away—and worried about the suffocating humidity (which was already wearing me down at 5 a.m.). But most of all, I was ready to do my favorite thing: explore a new place using my own two feet.

In Jamaica the word “casual” is used to describe more than comfy clothing or ambiguous relationships. In this country, it’s a state of mind. Negril, Jamaica, is the self-proclaimed “Capital of Casual.” It also serves as the host city of the Reggae Marathon, held annually on the first Saturday in December.

Since the inaugural event in 2001, the race has become known for the good vibes and overwhelming friendliness of the race committee, volunteers and spectators. As someone who isn’t known for her laid-back tendencies, I arrived in Jamaica excited but skeptical about how much fun it could possibly be to run a race in humid, 90-degree conditions. I reasoned that there’s no better way to see the world than wearing a pair of running shoes. But I found myself questioning my judgment as I started sweating in the pre-dawn air, thinking to myself, I haven’t started running yet.

“The magic of this race is that everyone comes away with a story that makes them smile,” the assistant race director told me the night before the event. I couldn’t help but wonder what my story would be.

Ten hours later, the race had commenced. For the first mile, I ran through the crowds, high-fiving the locals who had risen early or stayed up extra late to watch the 5:30 start. Fifteen minutes into the half marathon, I looked down and realized I’d already sweated completely through my clothes, despite the fact that the sun hadn’t yet graced us with its presence.

I stopped to take a picture of the sunrise over the mountains when a group of locals waved me over saying, “Come take a selfie with us, baby girl!” I ran to them and grinned impishly, apologizing for the sweat pouring off my body as we all grouped together. “No problem, mon. Everything is irie,” they said with a laugh.

That’s it, I realized. That’s my story. I’m not a particularly relaxed person about much of anything. I worry about the weather for my races, work too many hours, struggle to put my computer away at night and generally spend a lot of time stressing out. I sometimes lose sight of the little moments in life when I’m busy being overwhelmed.

In Negril, I realized that the casual, positive energy so perfectly embodied by locals only enhances any experience. It’s hard not to have fun when you’re relaxed and going with the flow. They  know that you can’t control the weather, but in the end, everything will be irie. In the meantime, you might as well smile and make loads of memories—sweaty or otherwise.