Have you ever wondered what’s “normal” for other runners? Us too! We asked and you shared…a lot! Read on to learn how Women’s Running readers responded.

Are My Running Preferences “Normal”? 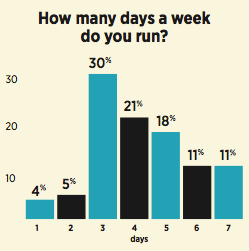 Thirty percent of our readers say they run three days each week.

Beware of flying snot rockets if you’re running with a friend!

Because who wouldn’t want to run with Shalane Flanagan? 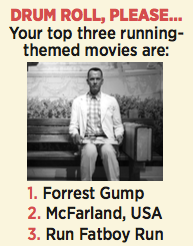 Sixty-four percent of you prefer hitting the trails early. 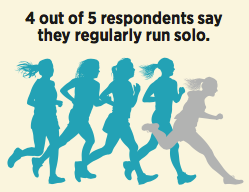 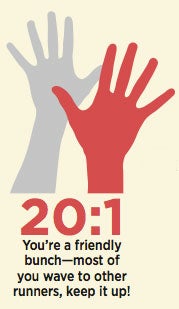 Though some prefer running solo, most runners still make an effort to keep the trails friendly! 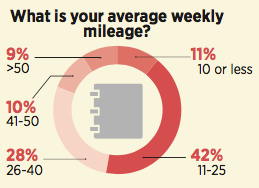 The majority of our runners log between 11 and 25 miles each week, but nine percent reported running 50 miles or more during an average week. 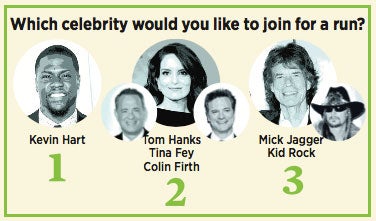 Mick Jagger, Tina Fey, Tom Hanks…who would be your first pick to run with?

Sixty-three percent of our survey responders buy two or three pairs of running shoes each year. 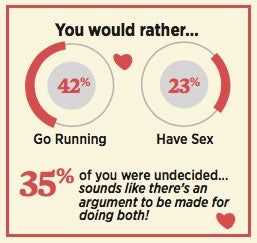 While more runners said they prefer running to having sex, a significant 35 percent of survey responders were undecided.

Overwhelmed by choice–sometimes we just can’t decide which running outfit to wear. 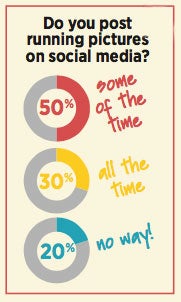 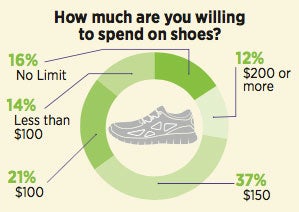 How much is a decent pair of running shoes worth? Sixteen percent of you said they’re priceless.

Running the Numbers: Your Sleep Habits

Running the Numbers: Your First Run