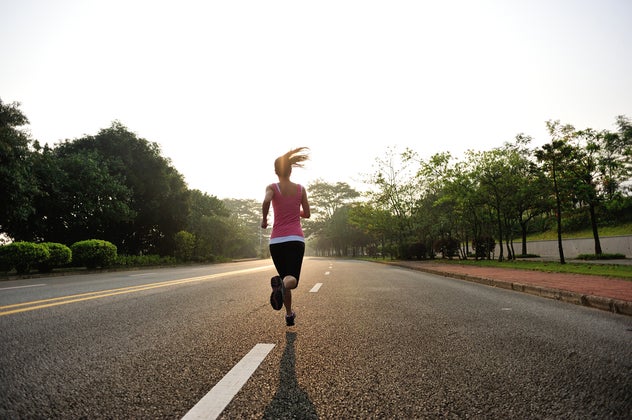 Julia Price was out enjoying a lovely run, when it was almost ruined by a well-dressed man, eating outside on his lunch break. He yelled, “Sexy lady, hey, hey, hey, sexy lady!” so loud, she could hear it over the music blaring in her headphones. She took the high road and reacted the same way most of us would by just ignoring him. But then he took it to the next level and said, “eff you, dumb b*tch!”

Oh no, not the “B” word! She tore off her headphones, prepared to stand up for herself, but she didn’t have to. A little boy walking with his mother and sister called, “Hey. That is not nice to say to her, and she didn’t like you yelling at her. You shouldn’t do that because she is a nice girl, and I don’t let anyone say mean things to people. She’s a girl like my sister, and I will protect her.”

The man felt embarrassed as he should, and Julia turned to the little boy’s mother and asked if she could thank him with a hug. James, the brave boy, just shrugged and said, “Well I just wanted to make sure your heart was OK.”

Um, we don’t know about Julia, but our hearts are melting. After posting the moving story to her Facebook page, Julia ended by thanking the moms and dads of the world for “raising the next generation to be brave and courageous and to be little earth angels for all. I am so touched.” So are we, Julia. According to James’s mom, “this is a typical day in the life of James.” Hopefully this story will inspire other people to be more like James, so catcallers, beware!