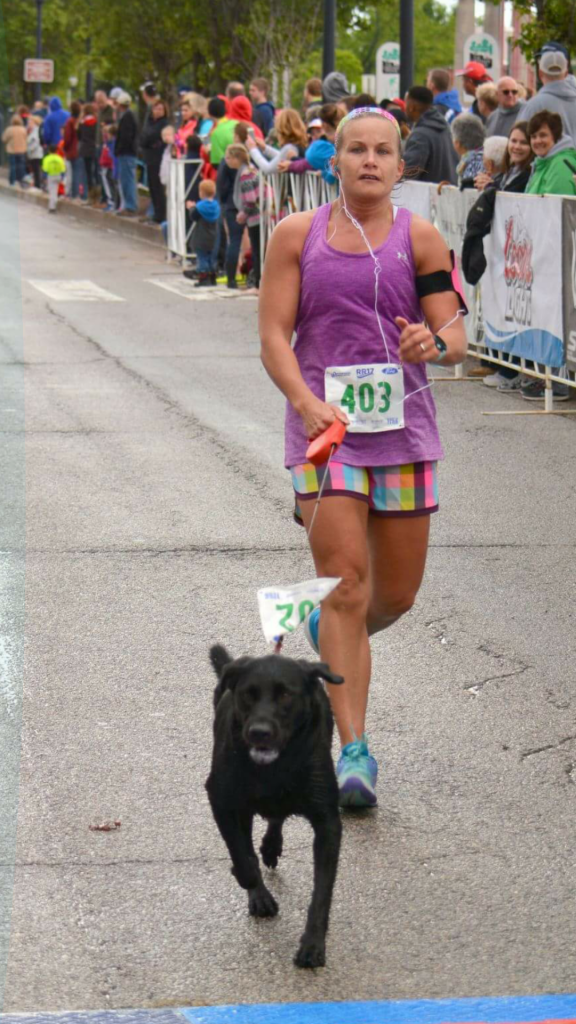 My name is Elizabeth Morgan and I am an avid runner. I began running about 15 years ago as an effort to change my workout routine. Over time the time spent training increased and so did the racing distances. As more time was spent and as my confidence grew I started to focus on qualifying for the Boston Marathon. The last four years were dedicated to this goal but after several failed qualifiers and numerous injuries I became somewhat tired and disillusioned. I struggled with what to do next. Qualifying for the Boston Marathon had been a major goal and as a very goal-driven person I needed to refocus. My passion for running had not burned out, but I needed to find a way to make it just for fun again.

All of my long training runs over the years took me out at odd hours and on country roads by myself. I enjoyed the runs but I never felt truly safe. I had sometimes thought it might be nice to have some sort of protection. A dog seemed a reasonable solution but my training schedule and intensity made it implausible at the time. With the longer training runs behind me and the need to find something new I started to research the best dog breeds to have as a training partner.

Related: 8 Facts About Running With Dogs

The amount of information available about dogs and running was daunting. The general theme was mid-to-large bodied dogs with lots of energy were the best fit. Of these, the labrador retriever seemed the best option. I had two young children and a lab’s temperament was generally good. Their energy level was high and they needed large amounts of exercise. They were large enough to scare away strangers but not so large they were uncontrollable. My dad had always wanted one so maybe that was a sign as well. With the decision seemingly made I needed to figure out where to get one.

It just so happened that on my very first online search the local Humane Society had just posted a picture of a black lab named Bella, up for adoption. I gathered up my kids and rushed downtown to meet her. Upon arriving and having her brought out I could tell she would be a good fit. She was full of energy and excitement, but we were second in line to adopt her. However, after three days we got some good news. The previous application had fallen through; after filling out some paperwork and waiting a few days for her to get fixed, we took her home. 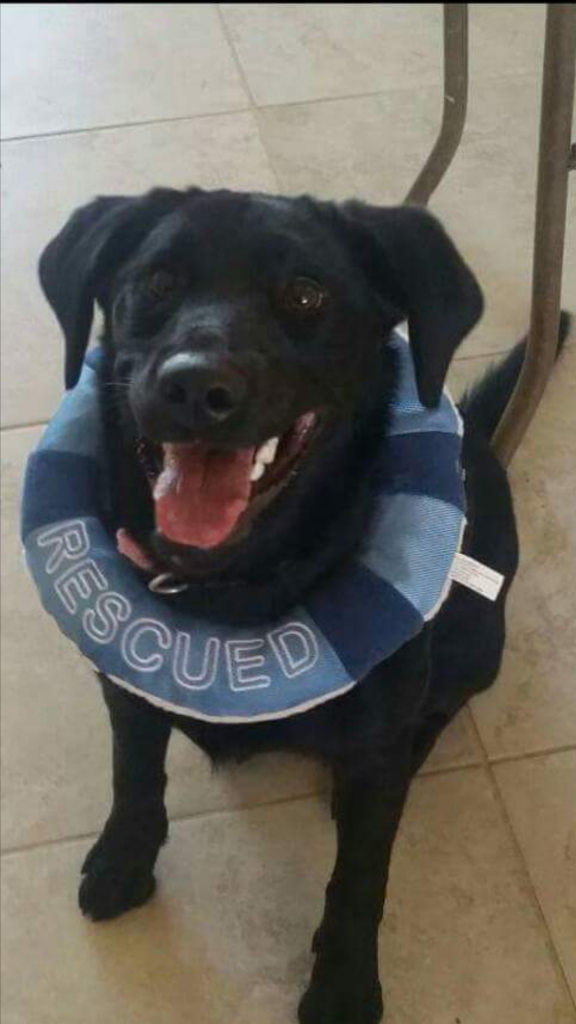 She was only about six months old when we got her home. When she hit one I began to run her. I started out at a half-mile. I would go on a morning long run and after I was done I would come home, put her on a leash and run her for a half-mile cool-down. I slowly increased her mileage, using the rule for runners to only increase about 10 percent each week, and before too long she was running three, four, and five miles. As she built up her mileage I learned what she preferred and warning signs that she was getting tired. She ran in the grass on the side of the road to protect her paws. If her paws did get sore she would get time off or I would put a special ointment on them. I had to get a retractable leash to let her get to the grassy spots while I stayed on the road. After getting several ticks I had to add tick prevention to her flea medicine. She started runs in front of me and as she got tired would move to my side. When she started to fall behind I knew she was wearing down. Sometimes I could get a little boost of speed from her when I plead, “Run, Bella, Run!” Her black fur really soaked up the sun so I needed to run early in the morning or late in the evening, especially in summer. On longer runs I placed water bottles along the route so we could stop and have a drink.

It has been more than a year since our training began, and now I cannot imagine running without my loyal partner. She trains for races with me and when I can get permission she even runs the races with me as a participant. We train 35 to 40 miles per week and, to date, she has run five half marathons, one 10-mile race, one 8K, and four 5Ks. She loves the race atmosphere and likes to greet all the runners. When the race nears she sits patiently until the National Anthem plays and then she barks and starts jumping. She knows the race is getting ready to start. During the races she loves to have the volunteers hold the cups of water so she can get a drink. She helps me up hills when I yell, “Get me up the hill, Bella.” Most runners smile when they see her and many make statements that they are amazed she can run more than 13 miles. I have become accustomed to her, but I guess she is pretty amazing. Her best 5K was timed at 22:01 and her best half marathon is a 1:43.42.

When Bella is not running races or training with me she is a wonderful family dog. We consider her when we schedule events, let her have free reign of the house and probably pamper her too much. She plays with the kids, enjoys spending time with her cocker spaniel brother, Luke, and is always running around with something in her mouth.

To most people she seems like a normal family dog. Every morning she wakes me up, eager to go for a run. This keeps me motivated because I know she needs me. If I don’t run with her I pay for it later with some pretty mischievous behavior. We train in all seasons and in all weather conditions. Her favorite is to run in the rain and splash through the puddles. I think it keeps her cool. You can tell she really truly loves to run and because of this she has taught me how to love it again too. We keep in contact with the Humane Society and they have told me that due to her energy level, Bella would have most likely been adopted out a few times before being surrendered permanently and ultimately euthanized. So this story is one of a rescue and delivering lives from low points. I look back on that day I met her in the Humane Society and I am so thankful Bella and I rescued each other.