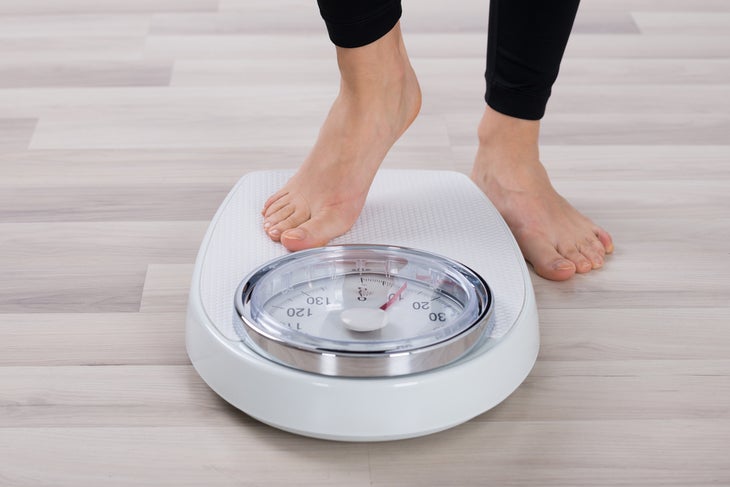 Updated author’s note: This article is not intended to insult anyone or the Athena Division. Actually, everyone should be congratulated because you are running.

My weight clearly defines me as an Athena runner—a Greek goddess known for her wisdom, courage, inspiration and strength. In reality, Athena runners are overweight women. That’s not a nice way to put it, so the running world community named a special division for us—the Athena Division.

The weight categories can vary from race to race; not all races have Athena Divisions and participating is optional. This division is meant to give women a boost in their running times because they are competing against women in the same weight category, which means better times, better placing, and better fuel toward their drive to continue the healthy activity of running.

Related: 4 Magic Numbers (Not Your Weight) That Matter For Running

I’ve worked hard trying to change my unofficial “Athena status.” In the meantime, I’ve competed in races with women who weigh 100 pounds. Believe me, it was a lot of extra work pounding the pavement with my 160-pound body.

According to Susan Paul, MS, exercise physiologist and program director for the Orlando Track Shack Foundation, lightweight runners typically finish with faster times than heavier runners. Therefore we have the Athena Division to help even the score, and I’ve wondered if the advantages of running in the Athena Division would be worth it for me. I held onto a race registration form while debating whether to register in the Athena Division or with the typically leaner, fit masses.

First I contemplated the weigh-in scene, which would reflect reality—not the fictional lbs stories we sometimes share on our driver’s licenses. I was comforted by the fact that I would be wearing lightweight clothing, and I’d definitely take my shoes off. But how would I approach the scale without anyone seeing me, and how I would make a quick getaway after the weigh-in?

Then I pictured the post-race scene—fit, hard, lean bodies crowded around the posted results, and me. So far, nothing unusual. But this time my name would be listed under an Athena category, which carries with it a weight stigma. No doubt this would be more humiliating than racing with the extra pounds in the division of the masses.

Related: Do You Have A Runner’s Body? Here’s A Test.

And what if I placed? I have been known to do that in my age category. First, my name would be announced as an Athena winner in front of my peers. I don’t think the Athena status would surprise them; however the announcement would be humiliating to me. Then I would be presented with an award, engraved with “Athena” and my weight classification, which I’d hide in the back of my closet. To top it off, my name and weight category would be published in the sports section of the local newspaper with the other race participants. This is definitely not something I would save for my scrapbook.

I realized that I didn’t want my weight category validated in print. Therefore, I continued my version of racing with the fit, “skinny minis.” I continued practicing my healthy lifestyle of diet and exercise. And I continued to smile when asked that post-race question—“Did you run the whole race?”

Michele Sprague is the author of the book Single Again 101 and wrote hundreds of stories for corporate magazines, newsletters and other publications. Michele lives in Michigan with her husband.