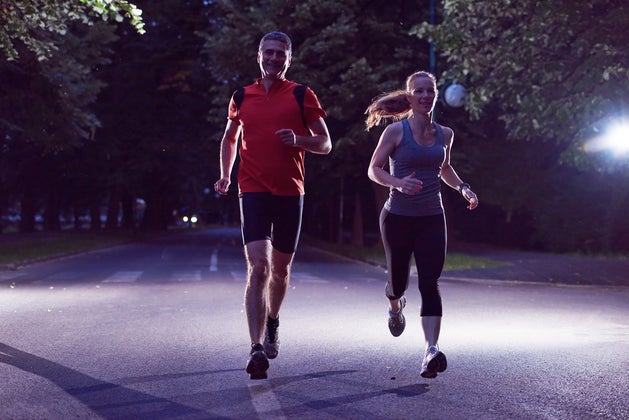 Who’s afraid of the dark? I am, and rightfully so.

My eyes fly open at 5:12 a.m. This has been happening lately, now that I set my alarm for 5:15 a.m. I don’t really mind the 3-minute loss actually. It’s nice to have my body on a schedule. Usually at this time, there’s the beginnings of a sunrise just nosing its way over the Eastern horizon, but this morning, it’s still pitch black outside. Dark grey clouds hang like sleepy eyelids over what should be the day’s first sunlight. It looks almost as though it’s the middle of the night. I feel the early morning breeze that should be cooling beads of sweat, reset my alarm for an hour later, and crawl back into bed.

I moved from a small town in Colorado to Boulder in order to attend college a year ago. I admired Boulder from the moment I saw it. The mountains, the trails, the school, the community—it was the perfect place for me to live for the next four years. Boulder never struck me as even remotely a dangerous place; in fact, it was ranked the 93rd safest city in 2011. I ran freely around the numerous paths and through the underpasses and on trails to “run the sun up,” as one of my coaches once put it. After 6 years of organized group running sports, running alone was exhilarating.

RELATED: 5 Reminders To Staying Safe On The Run

My running-in-the-dark reticence began during the second semester though. Two emails, within two weeks of each other, came as emergency notices through the campus-wide email warning system. Both were warnings of attempted sexual assaults that had occurred on campus; one happened in the parking lot of the building I lived in.

But they were out after dark, loitering. Just hanging around. I run; there’s a difference, I thought.

Soon after, the Stanford case appeared. I read the entire letter from the anonymous rape victim and cried. Tried to fathom that there were people out there who could do this.

Cried to read: “You are important, unquestionably, you are untouchable, you are beautiful, you are to be valued, respected, undeniably, every minute of every day, you are powerful and nobody can take that away from you.”

And I think of my sisters and cried to think of this statistic: One in six American women has been the victim of an attempted or completed rape in her lifetime. I did the the math—four sisters, one mother, me.

But that was Stanford. Far away. Boulder has a different culture. It’s a better community.

“No Prison For Colorado Student Who Raped ‘Helpless’ Freshman” headlined the Huffington Post newsfeed and pinpricked sweat onto my forehead. It was classic—predictable, almost. The student told his friends he’d take care of another student who had too much to drink. Instead, he raped the woman. Then lied about it. Then received two years on work release and 20 years probation instead of the four-year prison sentence he had originally faced. “We don’t want to ruin his future after one mistake.” But what about her future? The future of all the “hers” who now see that this is a crime that won’t be taken very seriously where it counts.

In the continuing series of unfortunate events, on a hike with my good friend, Amy*, she shared her own college experience with sexual assault.

“At parties, when I go out, I have to make sure I only drink until I can still recognize people and stop someone from taking advantage of me. But then I realized, that’s not something I should have to do. That shouldn’t be the number one reason I think that,” she said.

Even with these precautions, she recounted a night where she fell asleep sober (in her own bed) after hosting a party at her house and woke up to friends (who were staying the night with her) telling a guy, who had attended the party earlier, to get out of her room.

“He was in my pants and I had no clue. I was asleep. I thought about telling the police afterwards, but then realized I’d probably be the one to get in trouble for being at a party with alcohol,” she said.

My refusal to run in the dark isn’t just that I’m scared of being attacked; I’m scared of the aftermath that I might face in a situation where I survive. That my case would be taken lightly, as so many recent cases of sexual assault have been. I might not be drunk, but I’m worried that the fact I run in just spandex and a sports bra would disqualify the punishment of my attacker.

Amy also relayed to me the story of how her brother (a senior at CU) accidentally walked in on a member of his fraternity on top of a girl who was clearly unconscious. After demanding that the offender leave, the first person he told the story to was his younger sister. By then, however, she unfortunately already had her own story to tell.

All of this also brought up another point for me: the other real victims. The good guys. You know, the general majority of men who go out for an early morning run or walk with the intention of actually going out for an early morning run or walk. The men who would likely not hesitate to step in and help in a bad situation. The two cyclists in the Stanford case. Men are avoided and glared at just for being men, stereotyped for safety’s sake and avoided and regarded suspiciously in the dark.

But these people were drinking at parties. That’s not something I do. I’m alert when I’m running.

I continued to bravely pull out my headlamp and escape the heat until late May, when I returned to Boulder for summer school and a nannying job. In warning me that his oldest daughter of 12 had been stalked at her swim meet by a strange man, the father of the girls I was watching also turned me to the story that made me never want to put on a headlamp and run in the dark again. He turned a printed article from The Daily Camera towards me with the headline: “Woman Grabbed, Sexually Assaulted While Jogging Boulder Creek Path, Police Say.” I’d just run south Boulder Creek Path that morning.

An article I’d read on combatting assault posited body language as a key factor. “Keep your head up, swing your arms, stand straight up,” it advised. I’m a runner. I’m athletic. People won’t mess with me. But truth be told, 5’2” and 125 pounds isn’t exactly an intimidating stature. Plus, the Boulder Creek attacker had a weapon.

So not only did I stop running at dark, I started carrying pocket mace on all of my runs. I bought another as a graduation present for my sister going off to college and one more for my other sister who also runs. I bought mace in the camping section. As a daughter of a Forest Service employee, in my head, mace is what you carry for bears. It shouldn’t have its own pink, pocket-size, marketing campaign.

The final straw came when “Police Investigating Three Recent Deaths of Female Runners” was on another website. “Officials say the killings in different states are likely unrelated and they are still searching for suspects,” the tagline reads. These runners were not just harassed or assaulted, they were “raped and killed,” “shot four times in the back,” and “killed—officials are trying to determine if she was sexually assaulted.” None of them were even running in the dark.

As much as I want to defy this all, to be a brave woman who boldly runs the mornings with her headlamp, who doesn’t keep mace in her back pocket, who can run in solitude for the sake of her sanity, I’d rather be a victim of those who perceive me as weak instead of face living the rest of my life as a victim of assault—or worse.

I coach Girls on the Run, which teaches girls to build self-confidence, independence, and equality through running. This becomes a difficult message if circumstances tell them that running as a woman is dangerous. Running should be more reward than risk; the risk should lie in going out too fast for a 5K, the wariness of men only in competition for a faster time.

Though these instances seem spread out, few and far between, each marks a tally in a collection. A count that sits back on its haunches and pounces as I wake to run in the early morning darkness. The stories filed in a cabinet and spread out before me like evidence from a murder scene. But will this tally, this homicide case of horror, stop me, stop women, from running? No. Absolutely not.

Running is, among many things, a source of empowerment for many women. As Nina Kuscik put it, “Running gives you freedom. When you run you can determine your own tempo. You can choose your own course and think whatever you want. Nobody tells you what to do.” So by continuing running, by talking about women running, encouraging women to run, by saying “it’s on us” to end sexual assault, by remembering that the general majority of guys are the bikers and Amy’s brother, we’ll continue to run. We’ll run until running isn’t a risk anymore, until we run the night and not fear it, until we prove that we deserve to be taken seriously, until it’s not what traps us, it’s what sets us free.