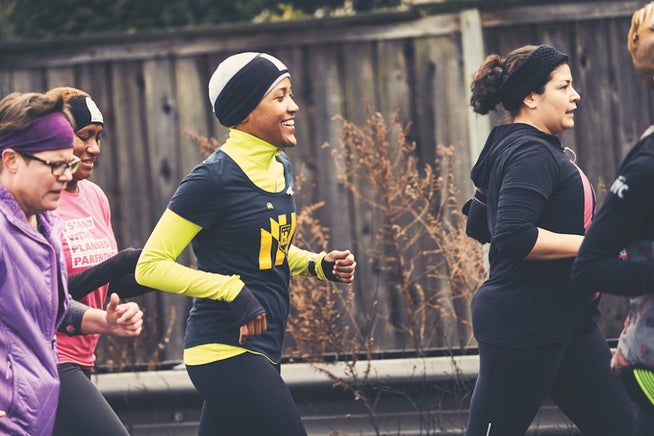 A Solo Mission Turns Into A Global Movement

“Do you feel that the Run4AllWomen run was successful enough? Do you think the initiative did enough for women’s rights?”

I was being interviewed about an initiative I launched to increase awareness and financial support for Planned Parenthood, and a reporter asked me this question. At the time, the initiative, Run4AllWomen, had recently concluded. My team had run 252 miles from Harlem, N.Y., to Washington, D.C., raising more than $100,000 in the process. We had doubled our initial fundraising goal, and I had run farther than I had ever imagined my body could go.

Still, the question of whether I had done enough seemed to take all of that away. The reporter’s question was innocent—but I immediately felt tightness in my chest. The truth is I had spent much of my life grappling with that very thing: Am I enough? And for several years, I believed that I wasn’t. I was not skinny enough, not smart enough, not attractive enough—certainly not lovable enough.

It was this belief that caused me to stay in the barely there relationship with a man who regularly cheated on me. Feelings of not being good enough also impacted my career. I left job interviews so disappointed in myself that I thought I would be unemployed forever. At times, I wasn’t even sure if I was worthy enough for life itself; I wondered if I would ever find purpose. The reporter could not have known my relationship to the idea of being “enough,” but her questions triggered me nonetheless as I reflected on the experience.

The Run4AllWomen movement emerged out of the helplessness I felt following the presidential election. I felt disillusioned that someone would lead our nation who used rhetoric that marginalizes so many different kinds of people. Once I learned how Planned Parenthood funding might be compromised, I felt compelled to take action to protect women’s access to healthcare and, more broadly, our human rights.

I knew that the Women’s March on Washington was being held on Jan. 21. I wanted to be there in solidarity—so why not run there? I thought about my running community in New York and the support and resources I had at my disposal. I also considered the powerful way in which running had already been a vehicle for social change in my life—I’m also the founder of Harlem Run, a group that encourages community fitness.

And just like that, Run4AllWomen was born. I organized a GoFundMe page that I sent to friends and family. Ten thousand Facebook shares later, the world had taken notice of my crazy idea. Women from all over the globe reached out wanting to be involved. What had started as a solo mission became something far greater.

Related: This Speech Was Given Before The #4Women4AllWomen Run 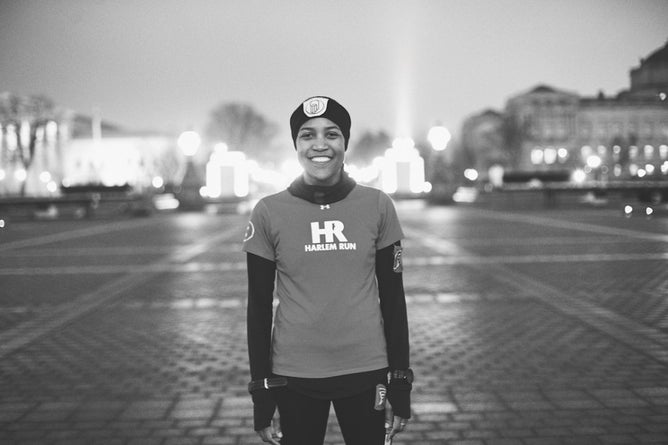 I assembled a team that would accompany me from N.Y. to D.C. and watched as women everywhere from Korea to England held runs in solidarity. Within seven days of launching the GoFundMe page, I had reached my original goal of $44,000, and by the time my small team and I took off on Jan. 18, I was closing in on $70,000. Along the journey, more than 1,000 men and women joined us, sharing their support and stories. We were inspired by the women who ran with us, using their bodies to send a message that we will not allow anyone else to determine our reproductive rights or access to healthcare.

When we arrived in Washington five days later, just hours before the historic women’s march, I felt overwhelmed with pride. I had created a movement that changed not only my life but the lives of those who participated, donated and supported. Despite this fact, that question of whether I am enough lingered, ready to flood to the surface at the drop of an innocuous interview question.

After my initial chest-tightening response, however, I reminded myself of an important truth: My worth as a person isn’t tied to a single project; and critique doesn’t equal character assassination. I will fail in the future, but I cannot allow those failures, or my successes, to alter my self-worth or stop my passion. We are enough just as we are.

That being said, Run4AllWomen has only begun to scratch the surface of what is possible when you use running as a vehicle for social change. I am excited to continue the Run4AllWomen movement with 23 new ambassadors who will host their own long-distance relay fundraising events for Planned Parenthood late this summer. Each of us can do something and I am happy to do my part.

Words From The Woman Behind The Run For Planned Parenthood

The Harlem One-Miler Race Is One To Check Out