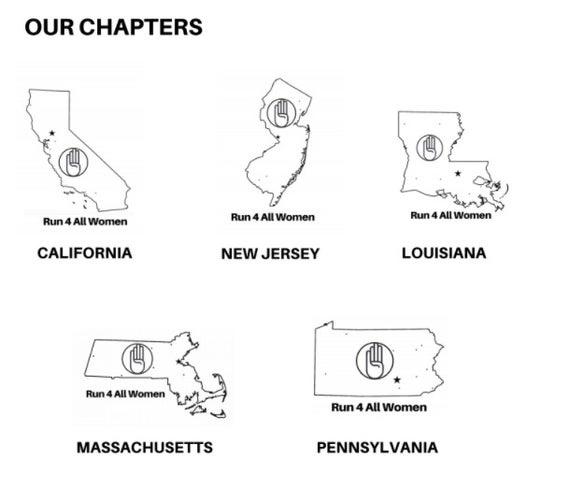 Running As A Vehicle For Social Change

Eight months ago, I launched Run 4 All Women as a fundraiser. I had no idea what to expect. Within a few days, the initiative became way bigger than I ever could have imagined and a movement was born.  From raising more than $100,000 for Planned Parenthood to launching an ambassador program and hosting a women’s summit, it has all been a whirlwind of positive momentum and proof that a small group of thoughtful, committed citizens can change the world.

When people asked me what was next, I can honestly say that I had no idea. I did know that I needed to continue to build a team and a community as deeply invested in using running as a vehicle for social change as I was.

I’m excited to now announce the creation of five state chapters and a national event series this summer. Led completely by volunteers and supported by myself and co-leaders Jen Villany and Mary Arnold, these five events will further our mission of using running as a vehicle for social change. The events will be hosted in Massachusetts, California, Louisiana, New Jersey and Pennsylvania and are set to take place August 11-13, 2017.

In addition to the local events hosted this summer, we have also launched a global virtual race that will allow participants to pledge their miles while fundraising for Planned Parenthood. Participants can join as individuals or in teams, logging miles run via the Racery platform to travel the same journey we did back in January from Harlem to DC.

For more information and to get involved, please visit run4allwomen.com.

What Sparked The 4 Women 4 All Women Planned Parenthood Run To D.C.?

This Speech Was Given Before The #4Women4AllWomen Run