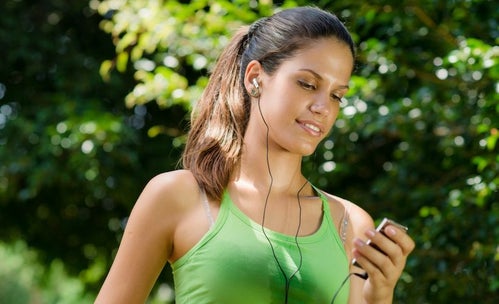 Each year, the Rock and Roll Hall of Fame induction ceremony provides a balance of celebration and drama. There are always overlooked acts, bickering bands and controversial nominations—and 2018 is no exception. With an emphasis on uptempo tunes for your workout, we’ve selected highlights from each camp and presented them below.

First, you have the acts that were nominated, but not inducted: Rage Against the Machine, The J. Geils Band and Radiohead. Next, you have the divisive picks who’ve managed long, well-regarded careers making music, even if that music isn’t exactly rock: Depeche Mode, Eurythmics and LL Cool J. Lastly, you have the obvious choices for induction: The Cars, The Moody Blues, Bon Jovi and Dire Straits. (This year’s biggest mystery is how Dire Straits will be inducted. As of this writing, they were the only act for whom a presenter hadn’t been announced and neither of the brothers who co-founded the band have indicated that they’ll be in attendance.)

However things shape up this year, the ceremony is generally good at putting decades of work into context. Moreover, many that didn’t make the cut this year are strong contenders for 2019 and beyond. So, for an uptempo overview of those folks considered for the Hall this year—and a few who came out on top—you’ll find our selections below.

Rage Against the Machine – Bulls on Parade – 87 BPM

This Is The Best Playlist To Accompany Your Marathon Training