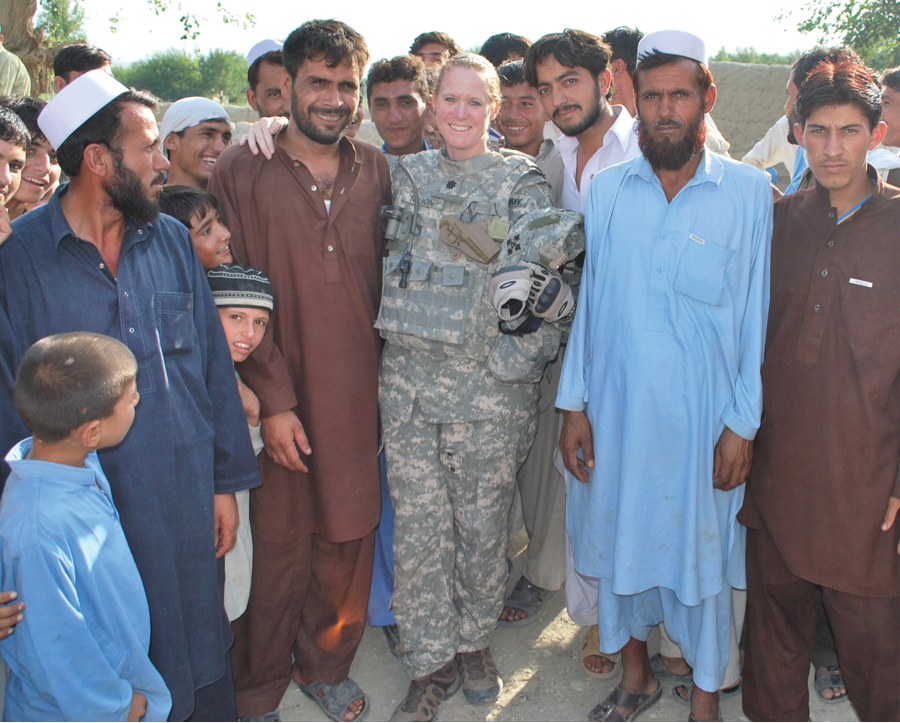 I ran my first half marathon after returning home from my second deployment.

Waiting for the start of my first half marathon, I felt adrenaline flood my body as I became more and more excited about the miles ahead. As a chemical officer in the Army, I’ve been through so much for other people. This race, this experience, was for me.

After returning home from my second deployment, I needed a way to cope with the stress and emotions that accompany military life. Though I had never really loved running—it was only something I did for the Army when I had to—I decided to give the sport another chance and found a local running group. I immediately connected with new friends, and running became my outlet as we talked and ticked away the miles. Before long, I was running longer distances and eventually signed up to run a half marathon.

RELATED: How One Veteran Found Her Love For Running While Deployed

With one of my running- group girlfriends by my side, the start gun went off. I forged ahead, trying to soak in every second of the experience. I sailed through the majority of the race feeling like I was floating on a runner’s high. Between the electric energy of fellow racers and the cheering crowds, I knew the finish line was mine.

Close to the end, I approached a huge hill, which looked more like a mountain thanks to my tired legs. But if experiencing combat twice, jumping out of airplanes and being shot at for my work hadn’t taken me down yet, neither would this incline. Remembering that moving forward was key, I steeled myself. Like so many other challenges in life, this hill was part of the path to get me where I wanted to be.

RELATED: How One Veteran Reached Her Ambitious Goal Before She Was 30

After cresting the hill, it wasn’t long before the end was in sight. With a huge smile on my face, I crossed the finish line with a sense of accomplishment and pride. In that moment, running solidified its place in my life. It officially became something I choose to do for me.

Running has taught me to be at peace with who I am and where I am in my life. As a now 28-year veteran of the military, competition is a principle that’s been reinforced throughout my career. Running gave me an outlet where I didn’t have to focus on anyone else’s performance. I can just focus on myself. I don’t do it for anyone else—I run for me and I like it that way!

I Needed Help to Overcome a Running Addiction