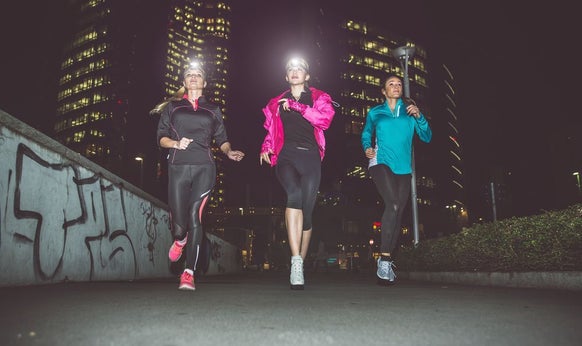 Getting To Know RedZone

So much of our daily activity these days depends on social media. It’s common for people to get news updates via Facebook, discover the latest political gaff via Twitter and find the fashionable workout of the week via Instagram. It’s about time that safety falls in line with our of-the-moment age.

If only it were that simple. RedZone Map is a free app that’s trying to make it so, but we’ve still got a long way to go before we begin receiving minute-by-minute safety updates. The idea behind RedZone is to make this dream a reality–but it needs users’ help. Once a user downloads RedZone onto their smartphone, they can review confirmed traffic and crime reports nearby or in the neighborhoods they plan to explore. This is useful for runners, pedestrians and travelers interested in finding the safest routes to travel, whether they’re passing through a well-known neighborhood or treading unfamiliar territory.

Related: 5 Reminders To Staying Safe On The Run

Users can also report incidents they witness themselves, providing details and photos at will. Reported incidents fall into one of two categories: “On the Road” and “In the Community.” These categories are further broken down so that users can specify which type of incident they’d like to report. While “On the Road” cites six incident options including traffic accidents and road hazards or closures, “In the Community” has 18 options that span between shootings and burglaries to fires and public demonstrations. These wide selections allow users to get a sense of the neighborhoods they’ll pass through, whether they’re driving, running or sight-seeing.

In theory, this real-time data could allow users to pick routes based on the activities reported in their areas. The RedZone website cites the very real threats of terrorism around the world as a reason for why this interactive app has value.

However, the biggest hurdle to RedZone’s success is user participation. In theory, if every member of a community has downloaded and is actively using RedZone both to regulate and report local threats, users within that community will likely be capable of safely traveling from Point A to Point B. The reality, unfortunately, is not so straightforward. Neighborhoods that have lower or nonexistent user participation might seem safer than they actually are, as fewer incidents are reported and reviewed. While using RedZone in a downtown neighborhood, this writer was surprised to see zero incidents reported in the previous 48 hours, which was simply inaccurate.

If you’re traversing an area in which RedZone is widely used, this app can help find safe passage as you travel. If not, you’d do well to recognize the limitations that user participation has on this app–but don’t disregard its ability to improve as it attracts more users. RedZone has the potential to make daily travel a little safer, but it can’t accomplish this alone.

Do You Know Strava? You Should.

Runner Safety: An App You Must Try!