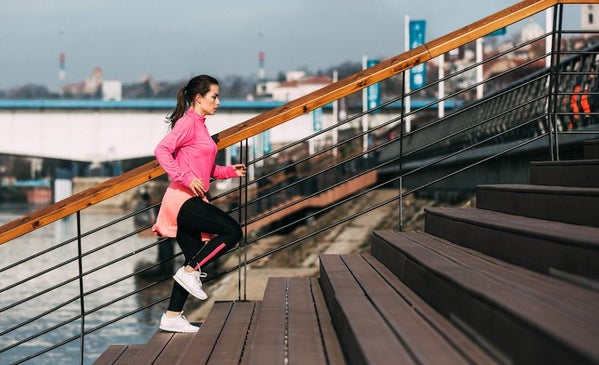 I was never sure if I wanted to have children, and I was pretty sure I couldn’t due to my family’s history with endometriosis. But as the birthdays ticked by, I found myself thinking of the future. When I was 50, 60, 70 years old, would I have regrets? My husband John and I talked about pursuing fertility treatments, but there was always another race, another trip, another event. Maybe after the Ironman 70.3 World Championship this year. Maybe after the triathlon season is over.

The time passed quickly because every little thing in fertility takes so long. Do this one thing, then come back in three months. Follow up two months after that just to chat about the first thing. I first emailed the fertility clinic two years ago to find out if I was even capable of having children. The time since has gone by in a flash. Through a series of discoveries, procedures and discussions, it was determined that IVF is our best chance for success.

Related: How To Stay Sane While Sidelined From Running

We could have started earlier. But March was so busy! Then a few of my favorite 70.3s fell in April and May. This year the 70.3 World Championships is practically local in Chattanooga, Tennessee, and I was planning to race there in September. And after that, one of my favorite Ironmans in Louisville, Kentucky is in October, and I know several athletes that are participating. Surely I can’t miss racing that one!

Finally, I forced myself to think ahead. I realized that there would always be something looming that would make IVF inconvenient. Speaking of looming, I also realized that my 36th birthday was fast approaching and it was time to take action. So John and I decided to take the next step–whatever that recommended step was. We made an appointment for a consultation in July and walked out two hours after it began, signed up to start stimulation drugs for IVF.

A Change Of Pace

The process went slowly for a few years. Now it’s on fast-forward. Just a few weeks after that consultation, I’m preparing for egg retrieval by injecting daily doses of various hormones into my body.

One of my biggest worries was the FOMO. Sure, I do miss training with my athletes and conquering exciting, epic mountain rides. In theory. But in practice, instead of lamenting the toning down on my physical activity, I’m really enjoying it. I’ve taken the training time and energy to work more on my book, my podcast, making music and socializing in arenas besides before and after training sessions.

One of the things I loved so much about running and triathlon is that it focused my very Type A personality and allowed me to have constant goals. What I didn’t realize is that, in the absence of setting PRs, I would come up with a multitude of additional goals and interests that have nothing to do with athletics.

That said, I actually did participate in a race since starting treatment: a local 5K. It’s interesting to see the various side effects that these drugs have on training. Running isn’t quite the same as it was before. I don’t even need a watch: I’m out of breath about 30 beats per minute below normal, and I’m pretty much done after about 30 minutes.

But I’m okay with putting PRs, training stress, pace, power and mileage on hold for now. Whether IVF works the first time or never, I intend to still be active most days if my body allows it–just in a less structured way.

I certainly haven’t forgotten the lure of Ironman or of trying to achieve new half marathon PRs. But I’ll be back! And since having babies increases blood volume and VO2 max for athletes who continue with a moderate to high physical activity level, hopefully I’ll have many PRs to look forward to in the future.

You can find Bethany Rutledge showcasing athletes overcoming obstacles on the Grit and Dirt podcast, coaching and training at Energy Lab or blogging about IVF and other subjects on her website.

Tips For Running For Two During Pregnancy–Because You Can

What You Need To Know About Pregnancy And Running