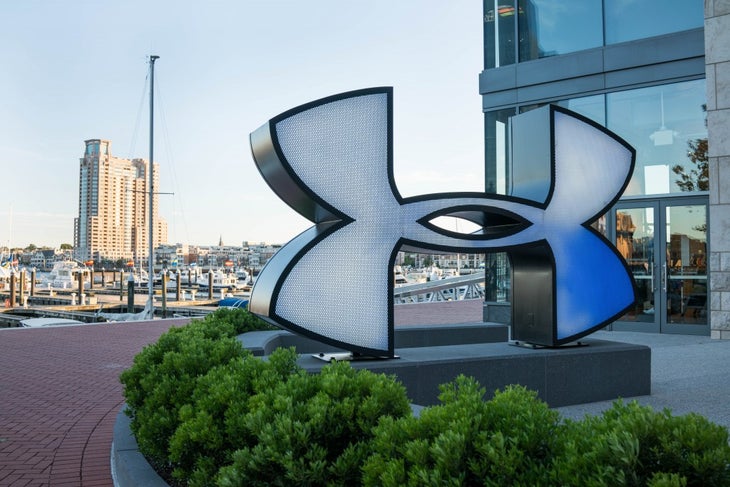 Apparel giant Under Armour is one of the latest companies to receive mega social media backlash in response to the CEO’s comments regarding President Donald Trump. In an CNBC interview on Tuesday, CEO Kevin Plank said, “To have such a pro-business president is something that is a real asset for the country…People can really grab that opportunity.”

Similar to the aftermath of New Balance’s comment mentioning Trump’s name, people ranging from runners, to professional athletes like Stephen Curry and Misty Copeland, to consumers took to social media to express their feelings regarding the statement. 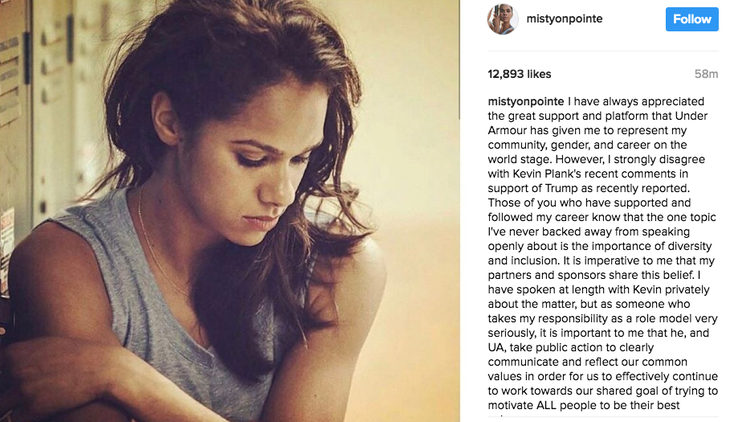 Shortly after, Under Armour released a statement, including the below remarks:

At Under Armour, our culture has always been about optimism, teamwork, and unity. We have engaged with both the prior and the current administrations in advocating on business issues that we believe are in the best interests of our consumers, teammates, and shareholders. Kevin Plank was recently invited at the request of the President of the United States, to join the American Manufacturing Council as part of a distinguished group of business leaders. He joined CEOs from companies such as Dow Chemical, Dell, Ford, GE, and Tesla, among others to begin an important dialogue around creating jobs in America. We believe it is important for Under Armour to be a part of that discussion.

Alison Desir, who recently made headlines for her run from Harlem, N.Y., to Washington, D.C., to raise money for Planned Parenthood, is one runner, Women’s Running contributor and Under Armour ambassador who has not been silent regarding the matter. She shared her intent to have an open conversation with the leadership team and keep her followers, as well as followers of Harlem Run, updated: 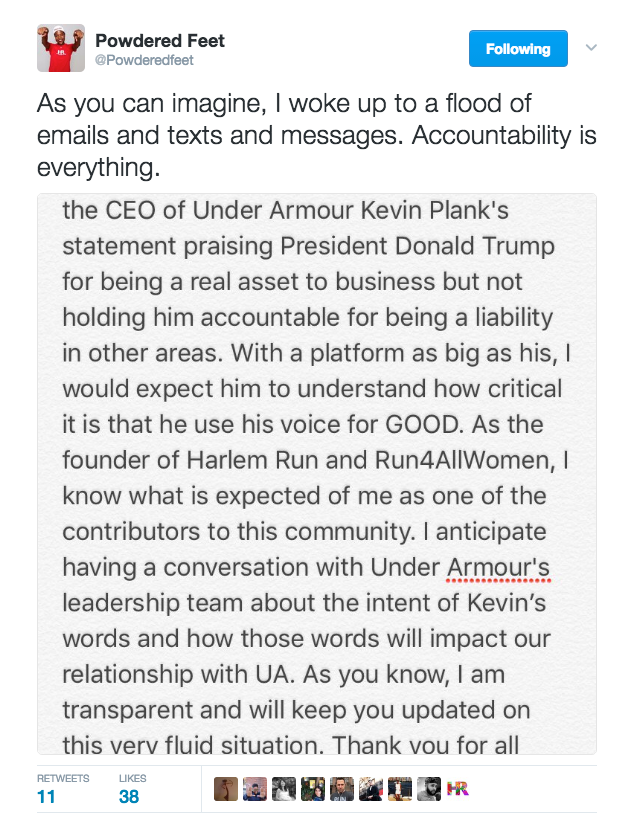 Thousands of other UA customers supported #boycottUA on Twitter. However, other people ask if statements made by one man (albeit at the head of a company) should be considered the beliefs and values of the entire company. What’s your opinion?