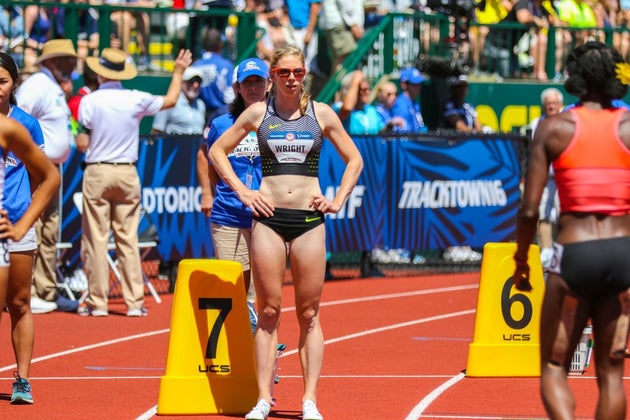 Professional 800-meter runner Phoebe Wright proves you can be both stupid fast and crazy funny. On her blog, she likes to tell it like it is, covering everything from serious advice on what to do if you think your friend might have an eating disorder—to whether or not you should date your college teammate (“The short answer: Yes, it is probably a bad idea.”)

We loved watching Wright crush it in the Olympic Trials. While she ultimately came just three spots short of making the team, finishing sixth in the 800-meter finals, she ran an incredibly brave race and clocked an impressive 2:02 in a dustup of an event.

Wright may not have made the Olympic team, but in the days following she has been striking pure gold on Twitter. She challenged her followers to share their biggest #immediateregret. There were some hilarious gems from other runners—like pro obstacle course racer Rose Wetzel and Spartan race star Amelia Boone.

But Wright was the one who killed her own game. Check out the wit below and bow down to the fastest funny chick we know.

Who hasn’t been there?

A good reminder for runners…

Even her dad sounds funny!

Shutting down a hater…

How the ‘Silly Walks’ Research Can Apply to Runners