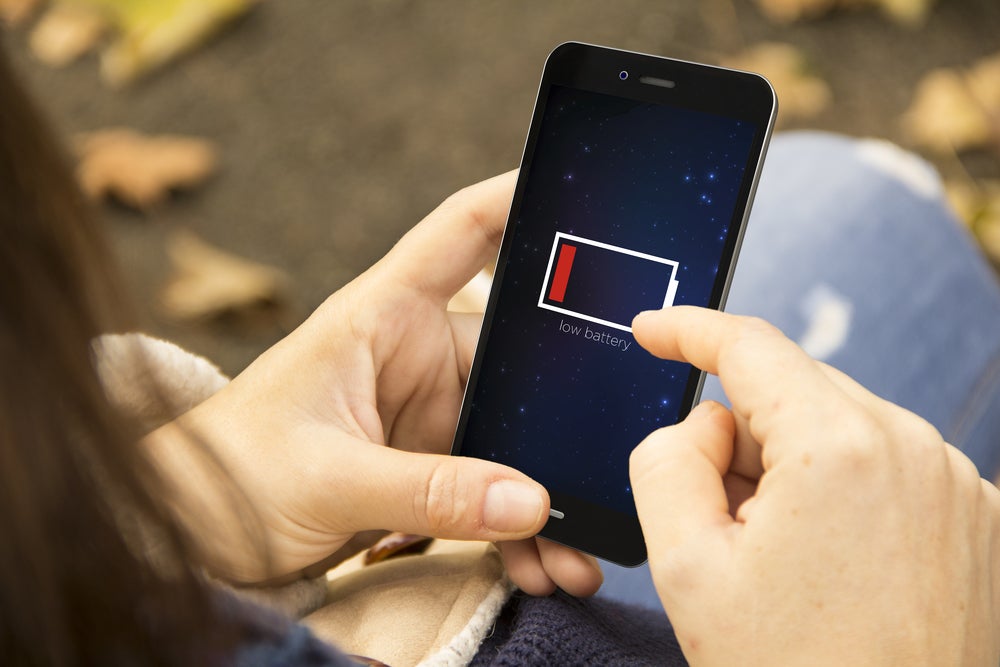 LG recently surveyed thousands of people and, although not a real illness or anxiety disorder, have dubbed the concept of low battery anxiety to exemplify the behavior of people who are changing their everyday lives—just to accommodate their dying battery. The survey found that nearly nine out of 10 people “felt panic” when their phone battery drops to 20 percent or lower.

5 signs you could be suffering from “low battery anxiety”:

Related: Become a Better Runner While Charging Your Smartphone

When it comes to choosing between hitting the gym, running or charging their smartphone, one in three people are likely to skip the gym. But millennials tend to have it worse—with 42 percent likely to skip the gym when choosing between working out or charging their phone. Smartphone users will even “drop everything” (32 percent) and make a U-turn to head back home to charge their phone.

Low battery anxiety could be the case of break-ups

Chances are low battery anxiety is ruining relationships; a loved one you believed was “ghosting” you could simply be exhibiting classic symptoms, as 60 percent of those surveyed reported that they’ve blamed a dead phone for not speaking to a family member, friend, co-worker or significant other if their battery was low. And what’s more, one in three people have gotten into an argument with a significant other or romantic interest as a result of unanswered calls or texts because their smartphone was dead.

Related: 8 Wired And Wireless Headphones That Get The Job Done

This can be avoided

One phone company has made it easy to counter low battery anxiety by including a removable battery in their latest LG G5 smartphone. By simply being able to switch out a used battery with a fresh one in just seconds, there is no need to change your behavior. If you or a loved one appear to be exhibiting symptoms of low battery anxiety, please visit here for more information.

Weighing The Pros And Cons Of 4 True Wireless Headphones

Your Brain on Running