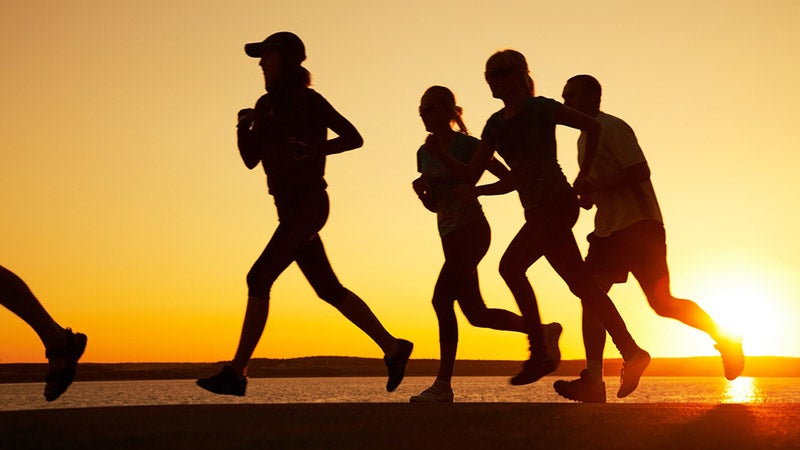 I have traveled the world with little more than a passport and a backpack. I have eaten scorpions and held a boa constrictor. I signed up for an Ironman triathlon without ever even having finished a half marathon. I have surfed on top of a moving car and bungee jumped into a gorge with a smile on my face.

Yet I’m too scared sign up for a social run. Funny how fear works, huh?

The older I get, the harder it is to make new friends. As a child, I could score a BFF anytime, anywhere, on the basis of anything – wearing the same color shirt, having a dog, knowing all the names of the Care Bears. As an adult…well, let’s just say I haven’t actually interacted with another human being, face-to-face, in five days.

I’ve written before about the challenges of adjusting to my new city. When I first moved to Utah, I assumed it would be easy to make friends. After all, I had never had a problem meeting people in my younger days. I now realize those connections won’t be so easy to find. In a community where everyone spends their free time driving Subarus packed with young children, opportunities to connect with other adults – especially kid-free ones like me – is virtually nonexistent.

This is the part where probably you’re thinking the obvious: You’re a runner. Why not just join a running club? That’s a great way to meet new people!

The thought of joining a new running club where I don’t know anyone is anxiety-inducing. It brings out insecurities I didn’t even know I had. Without even knowing a thing about the group runs in the area, I’m convinced I’ll be the slowest person there; that the club’s already established their cliques and inside jokes; that the group will be full of elite runners; that I’m going to be an inconvenience.

Plus, there’s the awkwardness of it all. If a child approaches a stranger and shouts, “Let’s be friends!” it’s endearing. As an adult, it’s desperate. I worry what others will think of me – that they’ll wonder why, exactly, I don’t have any friends of my own: What did she do to lose all her training buddies? Maybe she’s weird. Or she crop-dusts the runners behind her. Or she’s a serial killer who claims her victims on singletrack…

In short, I’ve persuaded myself I’ll be rejected before I even take any chances. The problem with my isolation is not the lack of conversation, but the mental chatter that creeps in to fill the silence.

I know I’m not the only one who feels this way. For years, I’ve encouraged my fellow runners to join running clubs, and every time, they’ve replied with a scrunched-up face and an assertion they’re not fast enough to join the group. They insist those clubs are for “real” runners, and they simply wouldn’t belong.

Back then, I thought those concerns were ridiculous, even though I had never once showed up at a group run full of strangers. Now I get it. It’s scary.

But here’s the thing: Scary is good. To meet people, we know we have to get out, be places, and do things. We have to give ourselves opportunities to find people who like and accept our idiosyncrasies. We have to face fear head-on and learn that it’s never as bad as we think it’s going to be.

To do that, we each have to get over the insecurity hump and show up. Get out the door – no one will come and pull you out. The alternative is to stay at home, alone, listening to the ridiculous chatter in your head trying to convince you that you’re not good enough to hang out with other runners.

There are plenty of people like us out there. We just need to be brave enough to find them.

Susan Lacke does 5Ks, Ironman Triathlons and everything in between to justify her love for cupcakes (yes, she eats that many). Susan lives and trains in Salt Lake City, Utah with three animals: A labrador, a cattle dog, and a freakishly tall triathlete husband. She claims to be of sound mind, though this has yet to be substantiated by a medical expert. Follow her on Twitter: @SusanLacke

Meet the Elite: Our Q&A with Colleen Quigley