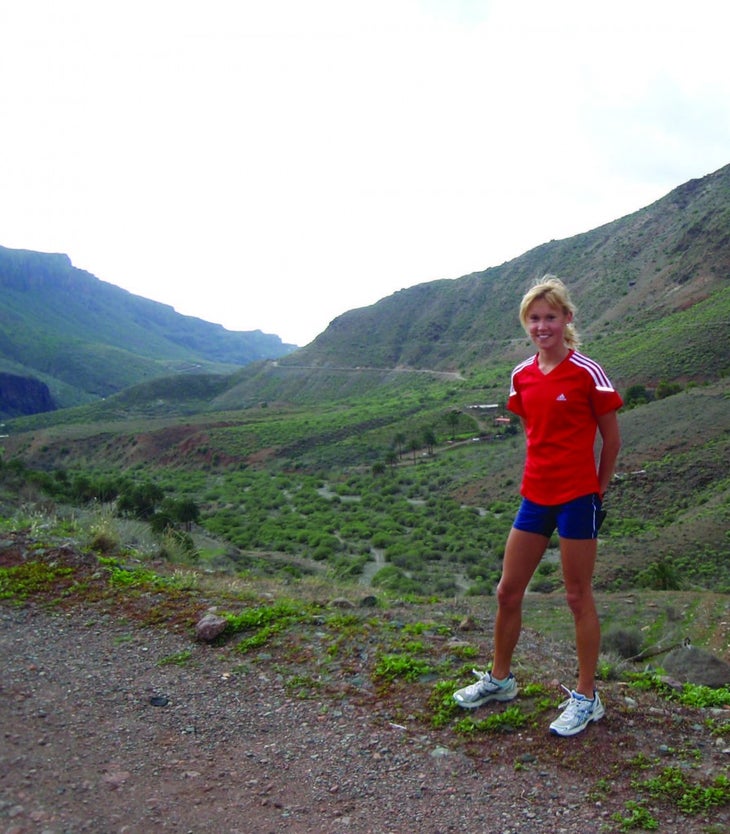 “Author, public speaker, runner, yogini personal trainer and cross-country skiing coach from Norway. A lot of things can define me and who I am—but victim is not one of them.”

This is how Monika Kørra, 24, describes herself in the bio on her blog. The former Division I track star expands on her story in the release of Kill the Silence, an autobiography that details her decision to go public with the story of her brutal rape.

Born in Loten, Norway, Kørra grew up in the mountains, competing in cross-country skiing and distance running. A junior champion in her home country, she was recruited by a coach at Southern Methodist University in Texas and accepted a scholarship. Her fierce independence and desire to compete collegiately overpowered the facts that she’d never even traveled to the United States before and did not speak fluent English.

The young runner made her way to the Dallas campus in 2008 and immediately immersed herself in academics and athletics. In her autobiography she writes, “I was lonely but was so focused on keeping my grades up for the scholarship that I spent all my time either in training or studying, so I didn’t really notice how much time I was spending with myself.”

Her comfort level shifted when another Norwegian runner, Kristine Eikrem Engeset, joined the team during Kørra’s second semester. In Engeset, Kørra found a confidant, someone who understood her struggles to adjust. The two became fast friends and moved in together along with a fellow teammate from Estonia.

In December 2009, the three house-mates were walking home from a party late at night when a black SUV pulled up with the window lowered. Within seconds, Kørra felt the cold metal of a gun pressed to her head, and the release of Engeset’s fingers as a man snatched her from her friend’s tight grasp.

In the hour that followed, Kørra was raped at gunpoint by the three men in the vehicle, violently forced to submit her clothes, her jewelry and ultimately herself. “I willed myself to do what I’d been doing for years as a runner,” she says, “to let go of my body and ignore the signals of pain it was trying to send my brain.”

Although certain she would be murdered, Kørra was ultimately shoved out of the SUV with her eyes duct taped shut and instructed to run. The minutes, months and years that followed became the race of her life. The three men were ultimately convicted of kidnap and rape, one sentenced to 25 years, the two others to life.

Through the trial, Kørra focused on the fact that her life would go on. While most women who experience sexual assault choose to remain anonymous, the runner made the decision to go public with her story after the trial’s close. She wanted her voice to be one of survival and hope.

With time, Kørra returned to running, ultimately supporting SMU’s win at the USA Cross Country Championship title in 2011. She credits the sport with helping her to build back physical and emotional strength. Living in Norway now, Kørra continues to compete, clocking times as fast as 1:20 in the half marathon and 17:11 in the 5K. She is also a certified advocate for rape-crisis victims and founder of The Monika Kørra Foundation, which fosters awareness “surrounding the horror and prevalence of sexual abuse.”