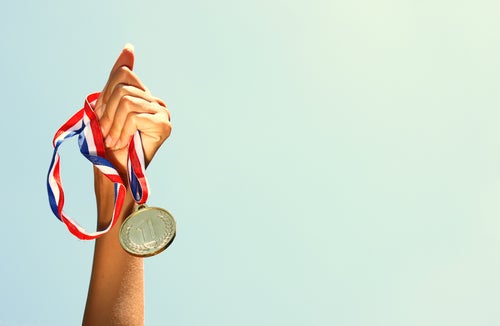 Most women are familiar with “microaggressions”: the undermining comments made about them based on their sex or race. Female athletes in particular often encounter these in regards to their athleticism. While athletic women strive to maintain fitness, microaggressions targeting body type, masculinity and comparative athletic performance make it difficult to determine what athletic success really is.

In a new study conducted at the University of Missouri School of Journalism, researchers found that the number of microaggressions by the media that targeted female Olympic athletes increased by 40 percent between the 2012 and 2016 Summer Olympic Games. The study, titled, “A Content Analysis of Microaggressions in News Stories about Female Athletes Participating in the 2012 and 2016 Summer Olympics,” also found that female athletes of color were targeted more than white female athletes.

Led by associate professor Cynthia Frisby with help from lead author and undergraduate student Kara Allen, the study compared media coverage of both Olympic Games that appeared in a total of 723 newspaper and magazine articles. While the team discovered 69 microaggressions in coverage of the 2012 Olympic Games, they found 96 in the reporting for the 2016 Olympic Games. While analyzing the articles, Frisby and Allen included microaggressions that showed evidence of sexual objectification, treatment of women as second-class citizens, racist and sexist jokes or language, restriction of gender roles and inappropriate or excessive focus on women’s physique.

A second study conducted by Frisby, titled “A Content Analysis of Serena Williams and Angelique Kerber’s Racial and Sexist Microaggressions,” looked specifically at race in media microaggressions. After analyzing 643 articles about professional tennis players Serena Williams and Angelique Kerber, Frisby found 758 derogatory remarks made about Williams, compared with only 18 about Kerber.

In an official statement, Frisby said, “We’ve known for a long time that female athletes often experience discrimination and other microaggressions, but now that we have statistical data illustrating this issue, we want to use it to educate media and members of the public on how to avoid some of these problematic pitfalls.”

“It is evident that we have a long way to go,” Frisby concluded.

Here’s the Problem with the Olympics Coverage

A New Study Explores What Runners Think About

It Turns Out You Really Can Catch the “Running Bug”