Just Out Of Reach

I was resolved: my fifth marathon would be the TCS New York City Marathon, coursing through the five boroughs of NYC on November 5, 2017. My husband and I had recently moved to the Lehigh Valley, just over an hour outside of NYC, so my plan seemed meant to be on SO many levels. I started building my training plan, carefully plotting the rest of my year around this race. I figured, one way or another, I would secure myself a race entry.

In January of 2017, I entered the official race lottery, well aware that my chances of selection were rather slim. Two months later, I was informed that I was not chosen. So, I tried again, next attempting entry through a fundraising program sponsored by my friend’s employer. Unfortunately, this plan fell through, so I determinedly researched other entry options. I learned about a contest sponsored by Michelob Ultra; they were giving away 90 NYC Marathon entries. I agonized for an entire week over my submission, certain that if I perfected my application, I would be chosen for Team Ultra. To my chagrin, a few weeks later, I was notified that I was not selected. Within minutes of this discovery, I logged onto the official NYC Marathon website and decided to run for charity, as a part of Fred’s Team. I was shocked to find that the charity had closed just hours before. At that point, even though I was well into my marathon training plan, it seemed I was not meant to run the TCS NYC Marathon in 2017, after all.

Now, after experiencing so much difficulty just trying to register for the race, I bet you’re wondering why?! Why would someone try so hard to run a specific marathon? Why not just choose another race? Here’s why I am still determined to one day complete the NYC Marathon. 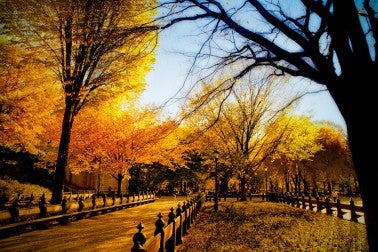 Sure, there are plenty of other races in NYC. But how many of those races go through each of NYC’s five boroughs? And how many of those races occur in the fall, which is undoubtedly the best time of year in the city? If you need any more encouragement, the official NYC Marathon website describes the course as a “26.2-mile block party through the world’s most diverse city.”

The history of this race fascinates me: it grew from a race of 55 finishers in 1970 to the world’s largest marathon, with 51,394 finishers in 2016. I want to be part of this monumental marathon.

I must admit, some of the allure of this race comes simply from the challenge of gaining entry. Guaranteed entry can only be secured through the 9+1 or the 9+$1K programs (in a year’s time, one must complete nine New York Road Runner races and volunteer at one, or donate $1,000 to NYRR), by completing 15 or more previous NYC Marathons or by meeting strict time qualification standards.

A fair share of famous people have completed the NYC Marathon (I’m looking at you, Will Ferrell). Following in the footsteps of the stars is not something I typically do. However, I was motivated after watching How I Met Your Mother character Barney Stinson’s hilarious completion of the NYC Marathon by following his own race day advice: “Step one to running a marathon: You run. There is no step two.”

I have set a goal for myself to complete all of the World Marathon Majors. The TCS NYC Marathon is one of the six marathons included on that list. As if I needed another reason to complete this race…