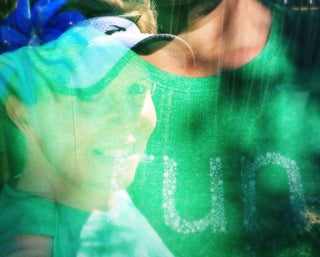 Somewhere out there is a woman who thinks her goal is stupid. Who thinks her goal is lame. Who isn’t just scared of her goal, she’s scared of what her goal says about her. Maybe she’s not an Ironman, not a triathlete or marathoner, not a high-mileage runner. Maybe she’s not a runner at all. Maybe there is a woman out there who thinks she doesn’t deserve to declare her goals because she considers herself a failure. Maybe there is someone out there whose goals don’t seem grandiose enough, seem impressive enough, seem tough enough for Declare It Day.

Related: 7 Steps To Get Ready For Declare It Day

Maybe what the world needs is to understand that the work that went into compiling that goal becomes the blueprint for what you won’t do again—what not to do again. It’s important for women to be reminded that the road to failure is every bit as transformative as the road to victory. Women need to hear the lessons from that road. After all, it is the hardest-learned lessons that truly change our lives.

If you have more scars than medals, your story matters because it probably hurts every damn day. It matters. Women like me still need to hear your voice. We still need to see you rising to try again.

Why declare this year? Why come forward and tell other women, in public, what your goals are? Because Declare It Day isn’t always about showing the world what worked. Sometimes it’s about figuring out for yourself, for your own life, for your own circumstances, what doesn’t work. Sometimes it’s weeding out everything that didn’t work so that you can figure out what does work.