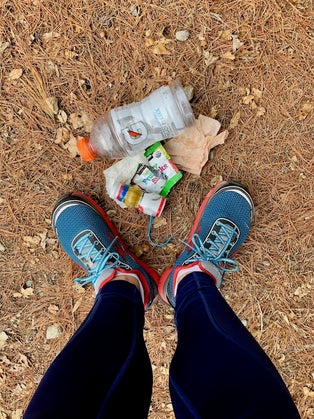 Have you heard the latest Swedish craze to hit the U.S. running mainstream? If you’ve seen runners stopping frequently to pick up litter, then you may have witnessed “plogging” in action. The term “plogging” is derived from combining “jogging” (don’t get offended) with the Swedish term “plocka upp,” meaning to pick up, and means more than simply doing a good deed to those dedicated to the practice.

Put simply, plogging is the act of picking up and disposing of litter while running. If you simply wear plastic gloves and carry any garbage bag, you can quickly and easily dispose of the garbage you spot while out on a run.

Like most things these days, plogging spread due to word of mouth and a hashtag. Searching #plogging will bring a massive amount of pictures, testimonials and videos, showing how runners are once again making the world a better place with a simple task incorporated into an activity they already love.

The environmental benefits are obvious—and on a personal level, you may feel even better after returning from a run if you did something that’s good for yourself and your community along the way. But there’s one more thing to consider, according to a recent article in The Washington Post on plogging: “A half-hour of jogging plus picking up trash will burn 288 calories for the average person, compared with the 235 burned by jogging alone.”

Think of all the squatting involved in plogging—and make sure to add a few extra warm-up moves to your pre-run routine before your next garbage run!

5 Things Nobody Tells You About Running With A Dog