Hello, there Women’s Running readers! I am so excited to join the family here to share inspiration with you (and receive it right back from you in return).

Women’s Running recently named me one of the 20 Women Changing the Sport of Running (and the World) for all that I’ve done with Harlem Run, a transformative fitness movement that I founded in 2013. I am also a Project Start ambassador, an initiative that is helping women all over the world get started on their own running journey. This is important to me because starting something new can be intimidating—but so worth it! Have you been following along? Check out Project Start here.

My journey with running began 4 years ago when, depressed, heartbroken and unemployed, I turned to running as a last resort. Everything was going wrong, so why not try the impossible? I ran my first marathon in May of 2012 and my whole world has been transformed for the better ever since. Even when my father passed away from Lewy Body Dementia this past April, running kept me above water. No matter the tragedy or celebration, running helps me to be my best self—and my mantra “Find Meaning on the Run” comes from that. I look forward to sharing myself with this incredible community and learning a bunch as well!

In just 5 weeks, I’ll be running my third New York City Marathon (my fourth marathon overall). My first 26.2 was the San Diego Rock ‘n’ Roll Marathon. I told myself it was a bucket list item and I’d never do it again; how wrong I was! I’ve learned so much about myself since my running journey began in January 2012 and I thought I’d take a little time to reflect on then and now.

My First Marathon Ever 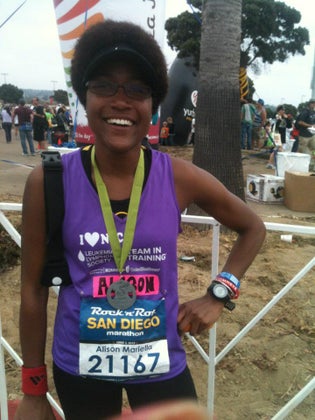 I cried at the finish line because I couldn’t believe I had done it! The 16-week training planned transformed me from someone filled with self-doubt into someone who had the discipline to train and exceed my own expectations. I raised more than $5,000 for the Leukemia and Lymphoma Society and I coined my mantra, “Find Meaning on the Run”. 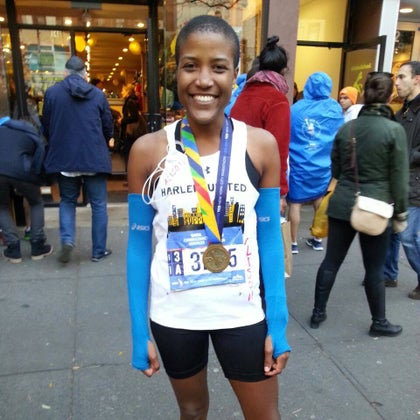 I took over a year off before running my second marathon. The first experience was so transformative and, after all, was supposed to be a once-in-a-lifetime thing! But when the opportunity to run the New York City Marathon presented itself, I had to jump at the chance. The New York City Marathon was PURE EXCITEMENT! I had no idea what to expect from the course—all I wanted was to enjoy the run. Not only did I manage to do that, I also raised more than $3,000 for Harlem United in the process. 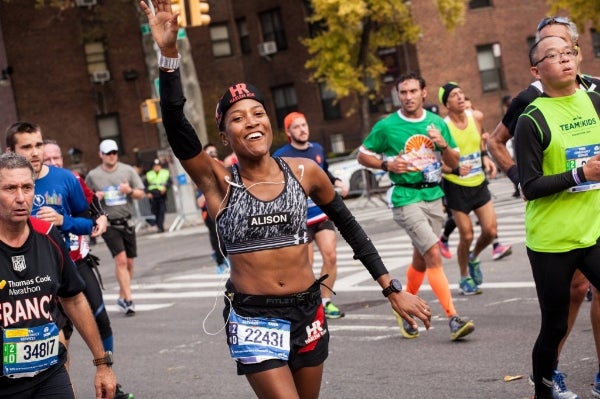 I was in the best shape of my life and was out there to set a new PR! I spent the first 18 miles side-by-side with a good friend and took off when he told me he needed to hit the medic tent. I sailed to the finish line with a smile on my face. 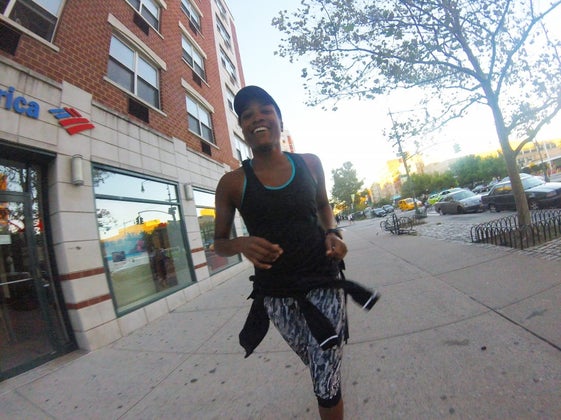 Here I am, just weeks out. I ran my longest run this training cycle—10 miles—two weeks ago. How did this happen? My training this summer was sidelined due to a necessary surgery. For an entire month, I watched as all of my friends hit the pavement for 13-, 15-, and 17-mile training runs while I was prohibited from even doing long walks (my doctor defined “long” as 1 mile in length).

Truth be told, I’m NOT “at my best.” As most people completed their 20-milers this weekend, I was rejoicing that I could finish 10 miles with ease. So what does this mean for me? I won’t be running for a PR, I won’t be in the best physical shape of my life, in fact, I likely won’t even be doing that much running at all—I’m almost certain I’ll be run/walking parts of it. But what’s important to me is that I will complete it (and I’ll have fun in the process).

Last year’s race strategy focused on following my pace bracelet, hoping for negative splits, and giving everything I had once I hit the park. My race strategy this year will look a little something like this:

This marathon will be different, but definitely not worse. Will I see you out there?