Mature woman running in the city in the morning. She is running under the bridge near river. Cityscape in background. 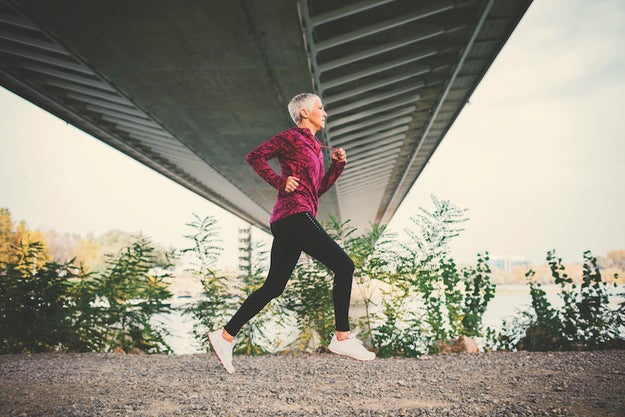 A study on declining marathon finish times that was published earlier this year in the journal Plos One shows that elite runners reach their speed apex at age 35. Based on data from the Boston, Chicago and New York marathons, elite women tend to be fastest from 30 to 32 years old, but once they reach 35, their times go down about two minutes and 30 seconds per year. (For elite men, who peak from ages 27 to 29, there’s a two-minute slowing annually, also starting at 35.)

The good news is recreational runners can hold a faster pace until age 50, when both women and men have similar decreases in speed of almost three minutes per year. So, assuming you aren’t a pro, keep up that speed work and continue pushing toward new personal bests. Even if you’re over 50, you can try to give those researchers some new data points!

How Much Do You Slow Down With Age? There’s A Formula For That.

Running In Your Fifties

Running In Your Sixties And Beyond