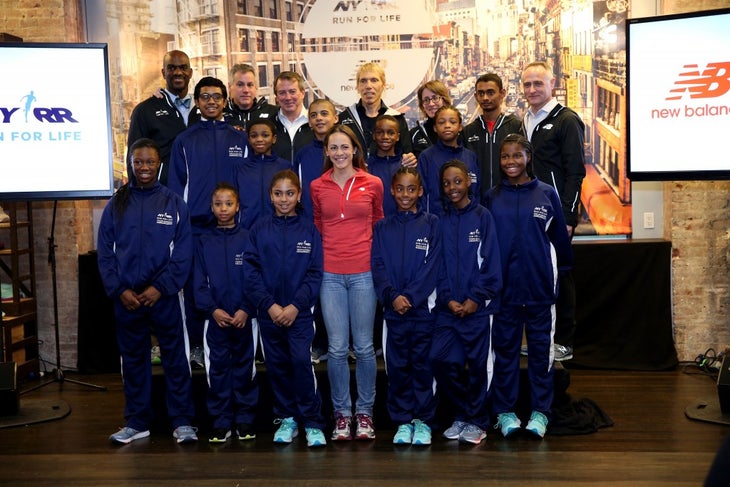 New York Road Runners, one of the biggest running organizations in the country and host of the NYC Marathon, went through some big changes this year. In May, Mary Wittenberg left her longtime post as CEO. Then just this week NYRR said goodbye to one footwear and apparel partner, Asics, and hello to another, New Balance.

NYRR and New Balance announced a new multi-year agreement that features year-round engagements with NYRR events, programs and youth running initiatives. This news came after Asics announced earlier this week that it is ending its 25-year partnership with the TCS NYC Marathon after the 2016 race.

New Balance is already the official apparel and footwear sponsor of the Airbnb Brooklyn Half. In 2016 they will become the title for the New Balance Bronx 10-Mile and the New Balance 5th Avenue Mile. In 2017, New Balance becomes an NYRR foundation partner and the Official Athletic Footwear and Apparel Partner of NYRR, which includes the NYC Marathon.

The partnership also comes with a charity component. For every pair of New Balance shoes sold at the NYRR running center, NYRR and New Balance plan to donate an additional pair to youngsters in need throughout the five boroughs of New York City. To kick off the new relationship, Team New Balance athlete Jenny Simpson, four-time champion of the NYRR 5th Avenue Mile, participated in a running clinic at PS114 in the Bronx.