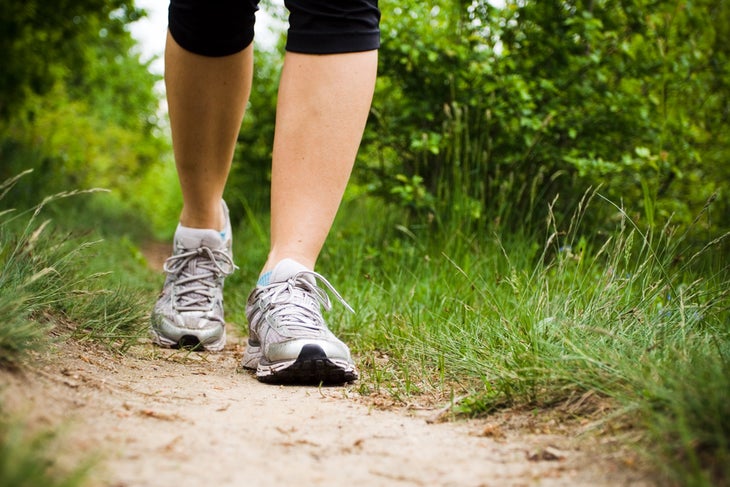 You’d never believe the hate mail I received when I wrote a story about catcalling for USA TODAY last August. Facebook comments called my thoughts “Overly sensitive PC garbage,” “insecure” and “brainless.” One asked, “Can idiots in this country be any more sensitive? Generation of wusses, looking for something to be upset about!

One woman even wrote: “I’m past the age where I receive cat calls or ‘wolf whistles’ anymore, but when I was younger I just used to chuckle, whenever I did. They were always harmless. Just wait until they stop, DiBlasio.

I got these handy tips: “She is over reacting if she is so scared she should never run alone. & she should carry pepper spray. Change her running route so no one knows her routine. She will feel safe stop warring tight running suits. Baggy sweats are in order.” I didn’t feel the need to edit this person’s typos. Let’s just let the eloquence speak for itself.

OK, I could go on and on — but just this one last one: “Hey toots, you should be thanking the Men for doing it, if you’re not worthy they wouldn’t waste their time. Quit crying!” Love the capitalization of the word men. LOVE IT.

Sometimes I feel like I am beating a dead horse in a room full of people who mostly agree, but at the risk of sounding, well — redundant, I am going to say it again: Women shouldn’t be afraid to run alone. And when I say run, I mean, walk, stand, sit — exist.

I’d love to have the world come together. We’d have a fabulous picnic, promise to be nice and respectful to each other going forward and then everyone would get to bring home a fluffy puppy who would live forever. But if the comments on my story, where I, at 24, decided to publish my personal account of being followed, are any indication — it’s not going to happen. I am finished with my pleas for everyone to come together to make the world a better place — maybe that Natalie will be back next week. Being called “sugartitts” in response to my request for basic respect tells me I need to take matters into my own hands.

Female runners take all kinds of precautions to protect themselves. Andrea Higgins told us about how she runs with a gun. Women run in groups, take self-defense classes, carry pepper spray. I am nervous to run with a gun, and I know I’d accidentally spray myself with pepper spray. I am perusing for self-defense classes. But the reality is, I rarely run alone now. I hope that changes. So this is me, the Natalie looking to take care of herself in a world of too many people who use words like sugar tits and can’t even spell them.

Both companies are creating hand-held devices with a claw-like mechanism.

The remarkable thing about Tiger Lady? It has been founded, developed and sold by four generations of men.

Most attacks against women are made with no weapon. We want that entitlement stomped out. It’s not OK, and it never was,” said Josh Levine, the youngest of the Tiger Lady men. In sitting with Josh, I’d never met a man more dedicated to keeping female runners safe. I bet his butt cheeks haven’t ever been grabbed as he turned a corner on a run. Never been flashed by a random guy’s penis under a streetlight either? Lucky duck.

Then there is Jodi Fisher, the amazing woman behind Go Guarded.

“I’ve only been running for a year and I have a background in criminal justice,” Fisher said. “I’ve always been conscious of my personal safety. When you’re running you’ve got your tank tops and your little shorts and you’re vulnerable. I took a wrong turn and ended up in the middle of some park as the sun was going down. It was not good. You don’t have a lot of options. You need your hands to have a good form.”

With Go Guarded, the runner wears a heavy plastic, glass-infused ring with a point. The point has serrated edges on the sides and a sharp tip. The covering has no rigidity to it — it just folds out of the way when you go to use it. You put it on your finger, and you’re ready to go.

“God forbid you need it,” Fisher says. “Women are attacked from behind and they’re going to naturally fight someone off with your hands. With this, you have a claw on your finger that will shock an attacker and give you the three seconds you need to bolt away.”

To Fisher and the Levine family, thank you for spending your time and energy looking for alternative ways for women to run wherever they want and whenever they want. Until it looks like the sugartit-callers and the you-were-asking-for-it brainiacs are finished whatever it is they are doing, I am going to be on the lookout for anything I can find to help women feel and be safer.

Ooh.. and I guess we can close out with this one, perhaps the most constructive of the comments: “don’t reproduce please!”

Related Links
8 Things To Know Before Inviting a Runner to Stay With Yo
6 Hydration Etiquette Guidelines for Races
How to Resume Training After Time Off
A Guide to Runner’s Lingo
What is a Safe Distance for Children to Run?