If you are reading this, you probably already know the significance of the Boston Marathon, which occurs every year on the third Monday in April, otherwise known as Patriots’ Day. While the first Boston Marathon occurred in 1896, it wasn’t until 1967 when Kathrine Switzer was the first woman to run it with an official number.

The year before, Roberta Gibb was the first woman to unofficially complete it, showing up at the start line disguised in a hooded sweatshirt over a black bathing suit and her brother’s Bermuda shorts, and blending in with the men for a while before people noticed she was a woman. The next year, when Kathrine Switzer officially ran, she didn’t clearly identify herself as a female on the application and was issued a number. The Boston Athletic Association officials tried to remove her from the race, but they were unsuccessful.

In honor of the 50th anniversary of Kathrine Switzer running the Boston Marathon, Hyland’s, a sponsor of the Boston Marathon, has put together a team of 12 inspiring women to represent them on April 17, and it’s no surprise that five out of the 12 team members are also part of the Team WR community.

We’ll be watching and routing for these women on April 17, and when you read about each of these powerhouse women, you’ll want to track their progress and cheer for them as well. 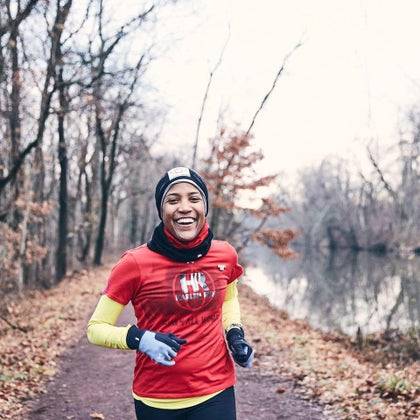 Alison, the founder of Harlem Run, will be running her fifth marathon and first-ever Boston Marathon. She was given the nickname of “Powdered Feet” as a child, based on a Haitian Creole term for someone who never stays still. While Alison has been a runner for most of her life, she started distance running later at a time when she was going through a period of depression. Alison says, “finding meaning on the run is my mantra.”

Most recently, she organized a run from Harlem to Washington D. C. during the Women’s March, raising money for Planned Parenthood, and is excited to run Boston because “it means that I am a part of history… As a woman of color, I am proud that I have the opportunity to represent such a historic moment and continue to use running as a means for social change.” She says her primary goal in running the Boston Marathon is to “show women everywhere they are powerful.” Chills.

Candice was on the cover of the November/December 2016 issue of Women’s Running. She is running her FIRST marathon and therefore, her first Boston. Growing up, Candice always wanted to be a model in New York City. When she moved there at the age of 15, she was told that she didn’t fit industry standards, but that did not stop her from going on to become a plus-sized model.

She used to watch her husband who is a runner at races, but she never thought that she could become a runner herself. On a dare from her husband, she decided to give running a try and fell in love with it soon after. She then decided to start an initiative called Project Start with a mission to connect women who don’t think they can run and inspire them to overcome self-doubt. Most people would be hesitant to tackle a difficult hilly course for their first marathon, but not Candice. We can’t wait to watch her show Heartbreak Hill what she’s made of. 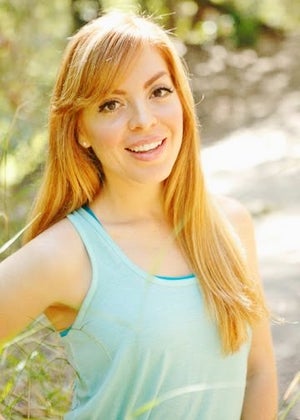 We can all identify with Monica, who simply loves to run and eat. Monica loves to run so much that she has completed more than 30 marathons since 2009, but this will be her first Boston Marathon. She initially started walking to lose weight after high school, and then eventually began running little by little. She describes herself as a chubby and awkward kid who “fell in love with running slowly, just like I run slowly.” She started blogging to share her journey to her first marathon and keep herself accountable, and her candor and relatable story soon led to a huge following that allowed blogging to become her full-time job.

She sees this particular Boston Marathon as a “huge celebration of girl power,” and her goal is simply to “truly enjoy every minute of the race weekend. I want to remember every mile, to have fun. This is the opportunity of a lifetime, and I really want to try to stay in the moment and the mile, to be grateful and to be present.” That sounds like the perfect goal to us, and we look forward to following each of those 26.2 miles with Monica. 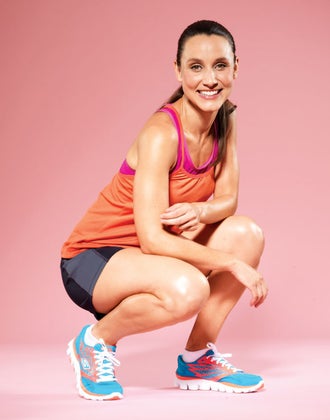 Dorothy was on the November/December 2012 cover of Women’s Running. This mother of three has already run 32 marathons and 4 prior Boston Marathons. She still remembers crying her eyes out when she went to pick up her race bib for her first Boston Marathon, because it was a celebration of the countless hours of hard work that she had put in to obtain a BQ. She is looking forward to running her fifth Boston Marathon with her mother Lesley, who is running her tenth Boston. Dorothy credits her mother for getting her into running.

Dorothy was never a sporty kid, but after putting on some weight in college, both her parents encouraged her to give running a try. Once she completed her first marathon in 2003, she was a changed woman and running was no longer about weight or fitness—but instead a way of life. “You could say that both my parents gave me life but they also changed my life and gave it back to me when they bought me a pair of running shoes and encouraged me to start.” Dorothy is well-known for her #IRunThisBody campaign, and more recently for #IHaveARunnersBody. Her goal is to encourage all runners to celebrate their bodies and challenge the notion that runners have a set body type. She believes that if you run, you are a runner; if you run, then you have a runner’s body. All of us at Team WR couldn’t agree more.

Rahaf made history as the first covered runner to be on the cover of a sports magazine when she appeared on the October 2016 issue of Women’s Running. She has run six marathons before, but this will be her first Boston Marathon as well. Rahaf is a Muslim-American mother of three whose parents are immigrants to the U.S., and she was born in Syria herself. Her goal has been to break preconceptions about Muslim Americans and inspire her community and her kids.

Although she is not required to raise money for charity as part of the Hyland’s team, her dream has been to run Boston while raising money for Syrian refugees, so she started her own LaunchGood campaign to raise money for SARN, the Syrian American Rescue Network. You can watch a video of her talking about what Boston and her cause mean to her on her LaunchGood site, but just make sure to grab some tissues first. “I just want to give back to those who are seeking to start a new life.” We look forward to seeing this inspiring American mother runner and founder of #runlikeahijabi make her Boston dreams come true while giving back.

As Monica Olivas told me, “the Boston Marathon is the ultimate bucket list accomplishment for most marathon runners.” While I, myself, am a Team WR member who may never get to participate in this bucket list race, I’m happy to experience Boston vicariously through these five inspiring women who I’m sure will show those Boston hills that they are no match for their determination.