Mike Wardian was that cool dude who broke a little marathon record last year in Las Vegas, when he clocked the fastest time in an Elvis costume. Pretty random, but also pretty outstanding!

Well, the same marathoning maniac has Twitter talking about his current World Marathon Challenge annihilation, which is seven marathons, on seven continents, in seven days. That in itself is some insane feat but it appears pretty standard for Wardian, who is literally dominating the other competitors.

He literally just finished his marathon in Morocco in 2:45:33, his FIFTH sub-three-hour marathon over five consecutive days…on five different continents. Who does that?! Going into the weekend, his current average time, 2:45, is more than 15 minutes ahead of the next guy. And of course, he’s on a pace to have the fastest cumulative time ever.

And basically everyone is talking about it. 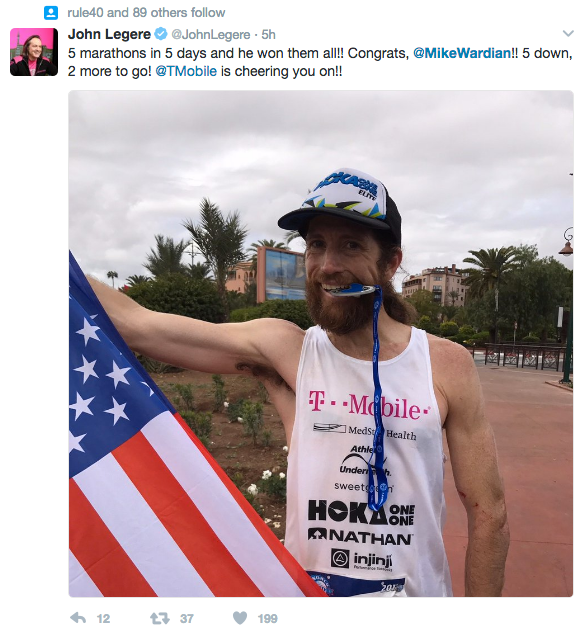 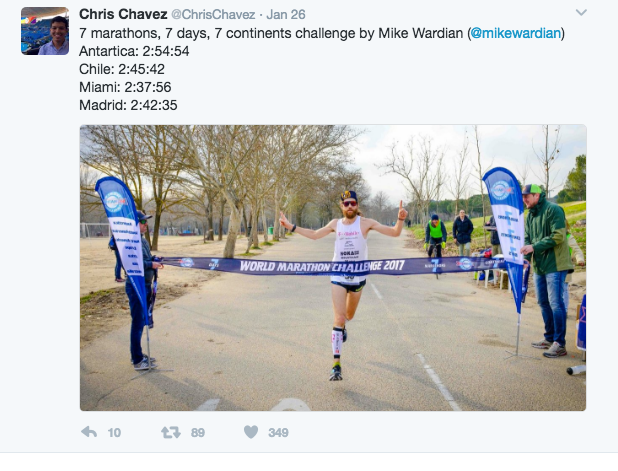 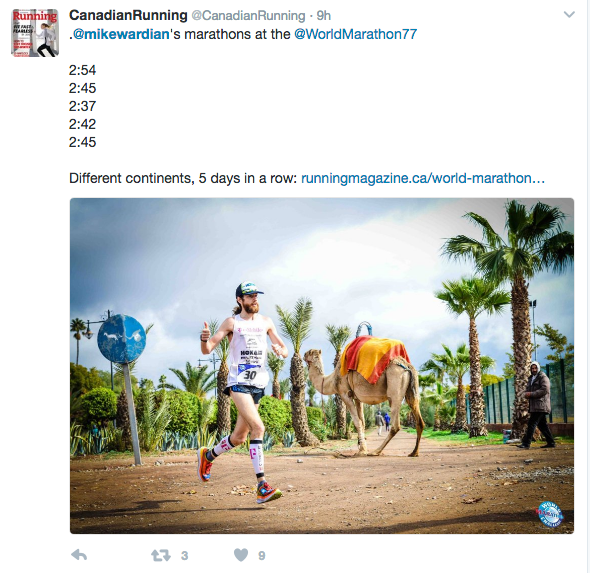 Wardian is scheduled to run in Dubai on Satuday and finish in Sydney on Sunday.