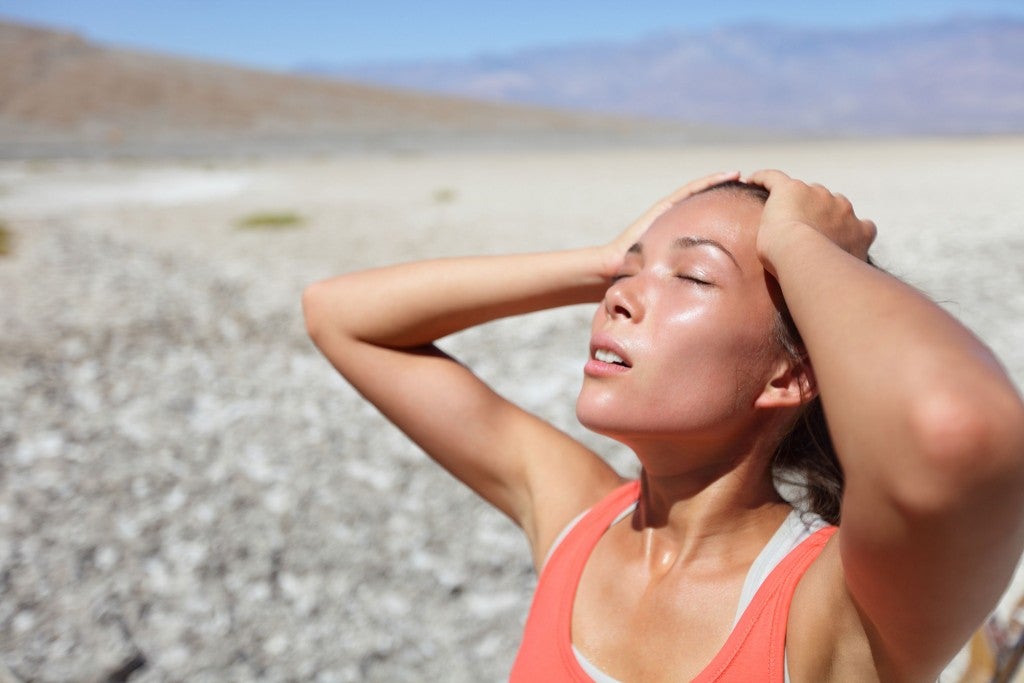 Hey, you. Yes, you–with the rivers of sweat running down your legs into your shoes. You, who doesn’t have a single dry spot on your shirt. You, with the ponytail that resembles a tumbleweed. I know you’ve been dreading it for months. I know it’s here and, for you, it’s always too early. It’s June, and it’s summer.

For your seven-plus years as a runner, you’ve hated summer. While other people can’t wait for July (and to be fair, they probably live in Canada), you spend the days counting down to January. But here’s the thing: you live in South Carolina. It’s hot and humid there for a long time–a good five months, give or take. It’s time to make peace with summer running, don’t you think?

Every year, you head into summer with a defeatist attitude. Your summer season is over before it starts, and you’re just biding time until fall. You do the bare minimum and hope you haven’t lost all your fitness by the time October rolls around. You sweat an insane amount and it makes hydration a serious challenge. Long runs are borderline dangerous as a result. But who said that summer means marathon training or bust?

The reality is that there are plenty of ways to put in a strong summer season without suffering through hours in the heat. What about dedicating some of your runs to speed work? You’re outside for less time but working just as hard–if not harder–than you would during a long run. What about joining a gym and taking the time to strength train? Lord knows your glutes and core would appreciate the boost come race day. What about retrieving your road bike from that hook in the garage and getting some cardio with the wind in your face? A little endurance ride never hurt anyone.

Of course, everyone has their preferred running temperature, and some people struggle in the heat or the cold. You know that. But why throw in the towel? Why not embrace the “Summer of Speed” and the “Summer of Strength”? Fall racing season is right around the corner, even though it feels light years away. Maybe instead of complaining about summer, it’s time to thank it for giving you permission to focus on your weak spots. The “Summer of Speed and Strength” has a nice ring to it.

Fall and Winter Running Me

Why Off-Seasons Are Necessary For Runner Recovery