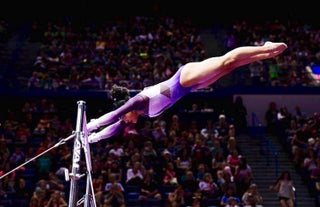 The US Olympic Gymnastics Team is said to be one of the hardest US Olympic teams to qualify for. Sixteen-year-old Laurie Hernandez, shocked and wowed the gymnast judges with her enthusiastic and bubbly personality and her high-ranking stunts on the balance beam. Hernandez will be dancing her way to the Rio Olympics this summer along with her teammates Gabby Douglas, Simone Biles, Aly Raisman and Madison Kocian.

However, the young teen has already begun to make history before even landing on an Olympic mat. Hernandez is the third Latina in history to make the team and the first Boric (Puerto Rican). The last Latina to represent the US on the Olympic Gymnastics team was Anna Hatch in 2004.

“I don’t see it as pressure at all,” Hernandez said in an interview with USA Gymnastics. “I see it as such an honor to just in some sort of way represent Puerto Rico and Hispanics and all the girls out there. You know what, I don’t think that being Hispanic, being Black, being white — I don’t think that limits you to anything. I think everyone should just go for what they want.” 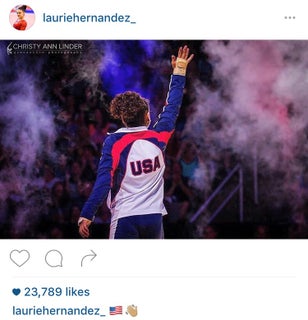 Those are powerful words coming from one of the youngest members on Team USA this Olympics. Hernandez hasn’t let her youth or race stop her from getting what she wants. Fittingly nicknamed “the human emoji,” fans should get ready to be awed and charmed by this charismatic gymnast and dancing queen. 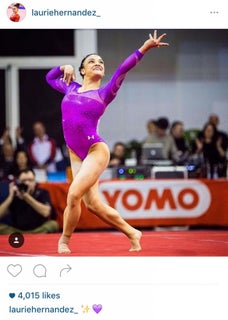