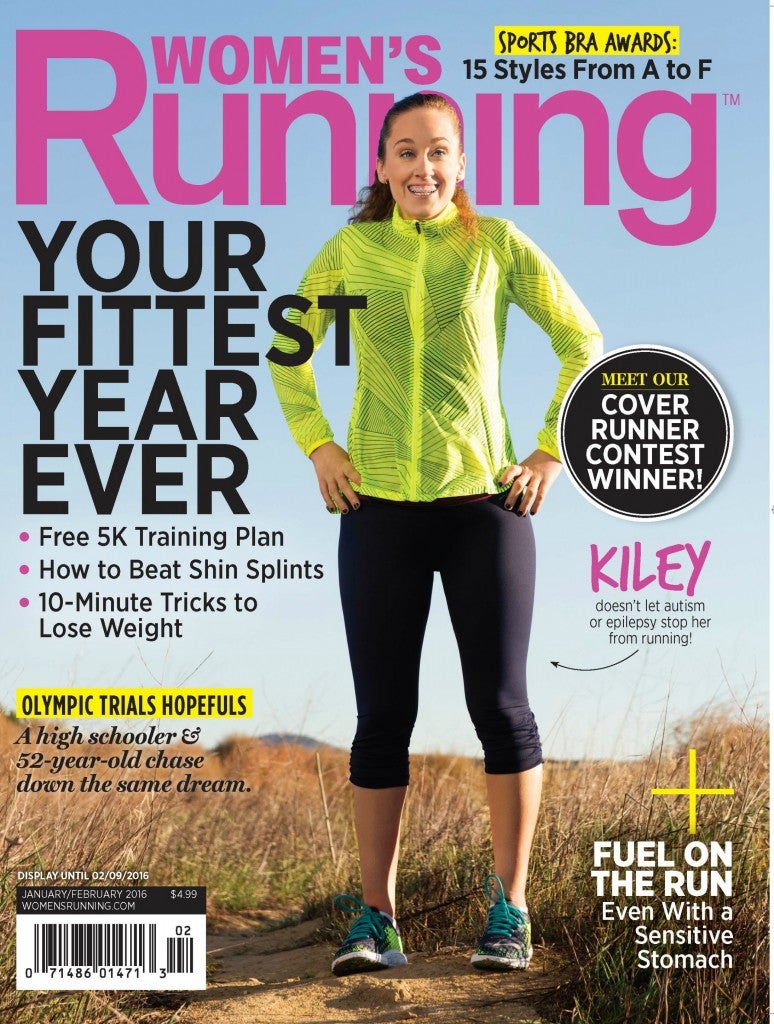 Meet Kiley Lyall, the winner of our third annual Women’s Running Cover Runner Contest presented by the Rock ’n’ Roll Marathon Series. The 24-year-old half-marathoner from Chicago was chosen by our readers after sharing her story of how running has helped her manage autism, mild cerebral palsy and life-threatening seizures. She is the first-ever runner with autism to appear on the cover of a national fitness magazine.

Kiley’s love of running started at age 8, and she recently finished her second Chicago Half Marathon. She describes the experience as medicinal for her autism and seizures; she loves both the exercise and the opportunity to synchronize with other runners in a crowd. 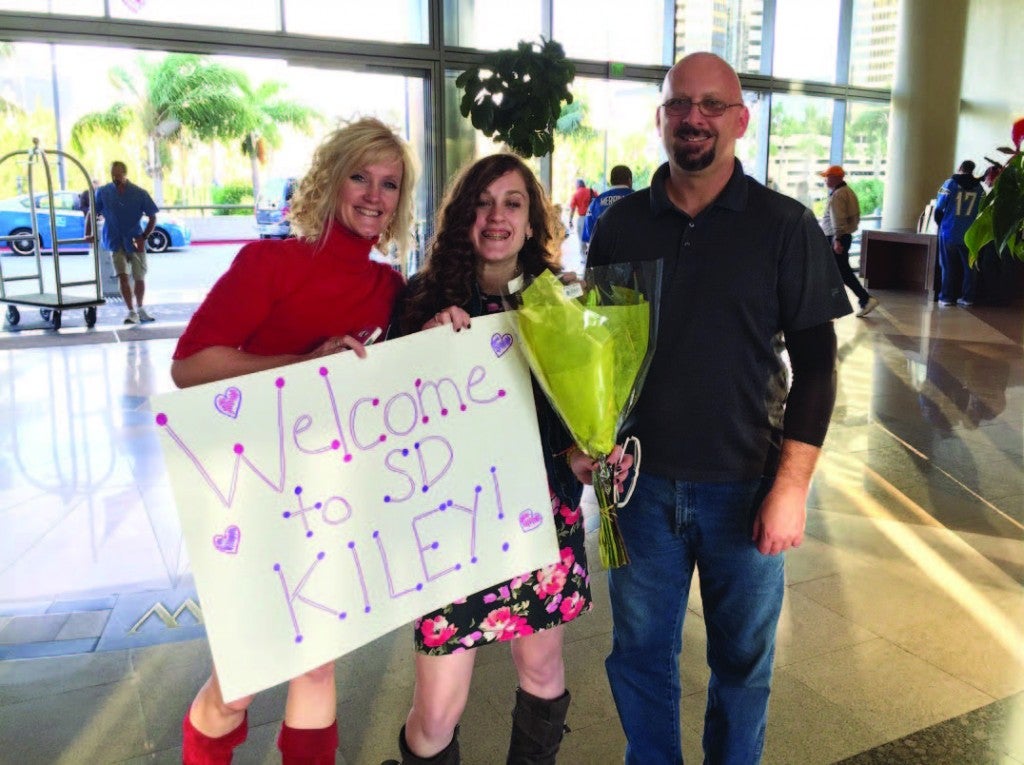 When Kiley and her parents, Kathleen and Jay, flew into San Diego, WR was at the airport and the hotel, the Marriott Marquis San Diego Marina, to greet them.

After a good night’s sleep, we logged some sweet miles along the harbor near their hotel, with two photographers, John David Becker on a beach cruiser and Ryan Bethke on foot, bringing a paparazzi feel. 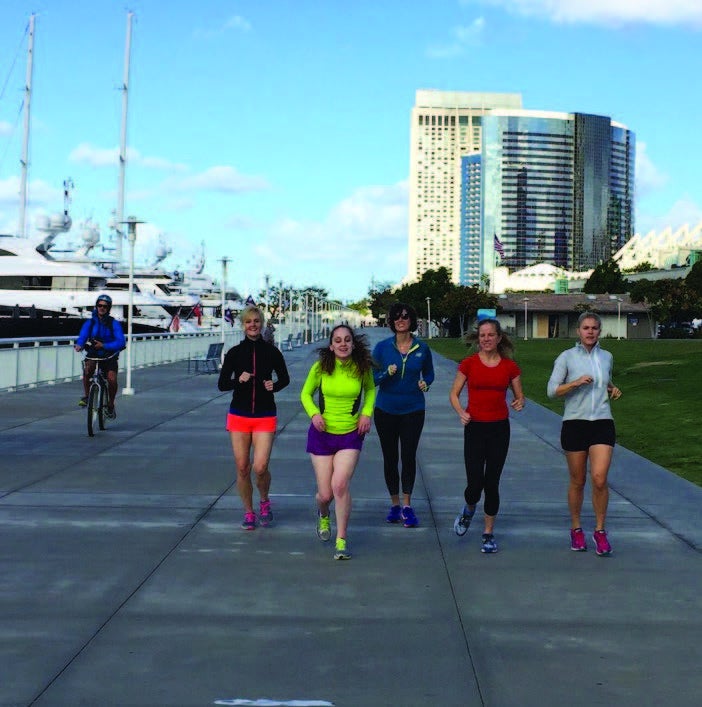 After the run, we went straight to the infamous Richard Walker’s Pancake House nearby to refuel with omelets and apple pancakes. “Is that pancake as big as your head?!” Yes, it is. 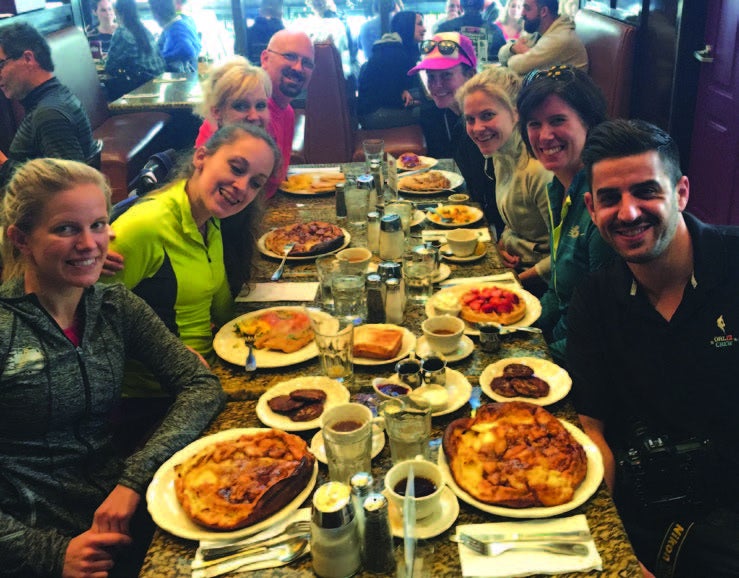 Her parents beamed with pride as Kiley shined and made new friends with the whole WR team, including hair-and-makeup artist Savanna Allen and Oliver Baker, who took behind-the-scenes photos.

Editor-in-chief Jessie Sebor was particularly inspired. “We’re so passionate about this cover and the opportunity to share Kiley’s story of determination. Our readers know that a love of running steams from many different places and sentiments. We want to support all women on their running journey.” 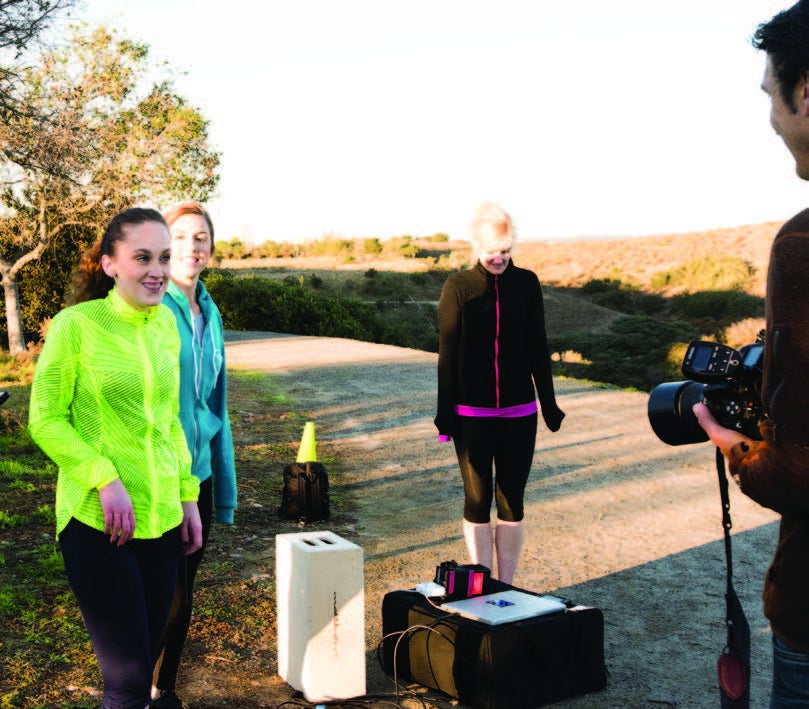 Kiley’s experience working in a beauty salon and behind a camera made her a natural at our photo shoot. She had her hair and makeup done and changed into multiple outfits provided by Brooks for both outdoor and indoor shoots.

During Kiley’s whirlwind San Diego trip, she went on a family hike at beautiful Torrey Pines State Natural Reserve and brought along her camera to capture some photographic memories of her own.

Behind The Scenes Of Our July Cover Shoot With Hillary Allen