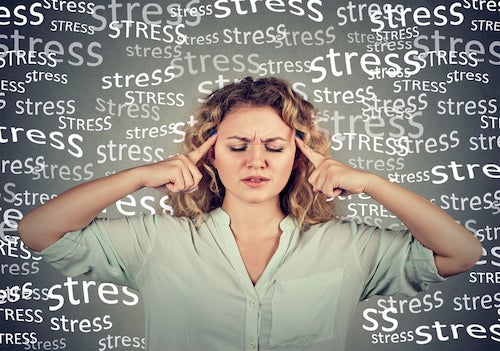 For years coaches and athletes assumed that stress, anxiety and pressure were best managed by strategies that sought to control or eradicate symptoms—banishing negative thoughts, exorcising doubt and exuding nothing but positivity. In other words, we relied on an emotional suppression model of coping…

…It turns out that this is not only scientific nonsense but entirely unrealistic:

In The Brave Athlete, we present 12 ways for athletes to better handle stress, anxiety, and pres­sure using a combination of Jedi Professor skills (skills that strengthen your modern Professor brain to lessen the threat) and Chimp wrangling strategies (emotion-focused coping to lessen the impact of the mental freak out that comes from your ancient Chimp brain).

The 12 strategies described in the book are what we have found to be the most effective for helping all athletes (from newbies to Olympic champions) better cope with stress, anxiety and pressure.

For this online example, we have chosen one Jedi professor skill and one Chimp wran­gling strategy that we want you to commit to learning and practicing.

It should come as no surprise that stressful situations become less stressful the more you get used to them. Psychologists call this cue desensitization—the process by which you experience a lower emotional response to a stimulus after repeated exposure to it. It’s the reason that seasoned pros can still per­form well in front of thousands of spectators, why public speaking becomes easier and easier and, ahem, why it only feels kinky the first time you do it.

So stop avoiding things that scare you.

The goal is to seek out opportunities to experience pressure and confront it head-on. For example, entering a race pre­cisely because the course doesn’t suit you or because you don’t feel prepared enough will help convince your tantrum-prone Chimp brain that it’s possible to survive pant crapping situations. In brain terms, you’re building synaptic strength for resilience.

Practicing under pressure requires that you artificially create pressure on yourself (which we like to call “pressure juice” in The Brave Athlete).

For athletes who race over short distances, this is relatively easy to do because your body and wallet can (usually) handle lots of racing. If you only race two or three times per year, this is harder to do. However, if there are certain elements of a race or event that contribute more to your personal pressure juice, look for opportunities to isolate and simulate those.

For example, the triathletes we coach for Braveheart Coaching will prac­tice open water race-simulation entries and exits, complete with body contact, drafting and mishaps. For faster or more experienced triathletes, we manufacture pressure with a handicap, such as being forced to swim with tennis balls in each hand. We typically end with drills in which the last athlete to cross the line on the beach is eliminated until there’s a lone survivor. Yeah, it’s pretty hard-core. But remember, your Chimp always knows when you’re sandbagging and only the real pressure juice will help you desensitize for the long term.

Whatever pressure looks like for you, find ways to recreate it so you can begin to stockpile experiences where things went okay (you lived) or even, gasp, you felt great.

You know what feels most stressful for you, so you’re the best person to come up with diabolical pressure situations. But here are a few opportunities that might inspire pressure juice:

Rather than telling your Chimp to shut the f*ck up (which won’t work since your Chimp brain is many times stronger than your Professor brain), this strategy requires that you do the exact opposite. You get things off your chest, except the chest belongs to your Chimp. Purging is rooted in mood induction and exposure therapy—therapeutic techniques that help reduce anxiety by increasing, not lessening, the exposure to a threat or negative emotion. In the context of Chimp purging, it’s far simpler because the act of disclosure is a cathartic release, otherwise known as venting. It’s like emptying the trash.

The goal is to give your Chimp the microphone (or pen and paper) while you just sit there in the audience. Let out all the things that your Chimp is concerned about in one big go. After all, your Chimp needs to know that it’s been heard. This often results in worst-case-scenario bullsh*t: I’m going to come in last. I’m going to get pushed under by those big waves. A shark will eat me. People will think I’m a joke. I’m not a real athlete. Everyone is looking at my fat legs. I’m okay in local races, but I’ve got no business being here. Who the f*ck do I think I am?

Go on until your Chimp is exhausted. Allow up to 15 minutes of uninterrupted ranting and don’t stop until your time is up. This is really important. If your worry juice runs out, cycle back to the concerns that came out first. This forces you to experience frustration at not being able to generate any new Chimp talk, which further lessens its severity and impact.

Also, don’t let your Profes­sor interrupt your Chimp with a commentary on how silly this exercise feels (This is stupid. How will this help?) or why it’s irrational to think this way (I know people don’t really think this about me, but I can’t stop worrying about . . .). Purging helps your amygdala back down, which in turn regulates your sympa­thetic nervous system. A tired Chimp is a more relaxed Chimp—and that’s good news for the anxious athlete.

Remember: there are 10 more skills in the pressure chapter of The Brave Athlete, so pick up your copy of the book for more ideas that might work even better for you. (Not to mention the 12 other chapters on topics from how to suffer better, how to stop quitting, how to build confidence and more.)

Feeling Fat Around Other Athletes And How To Squash Those Thoughts

How To Productively Talk To An Injured Athlete

The Importance of Loving Your Diet

How to Optimize Your Iron Levels—Besides Just Eating Red Meat

So Your Race is Canceled Because of Coronavirus? Here’s How to Cope