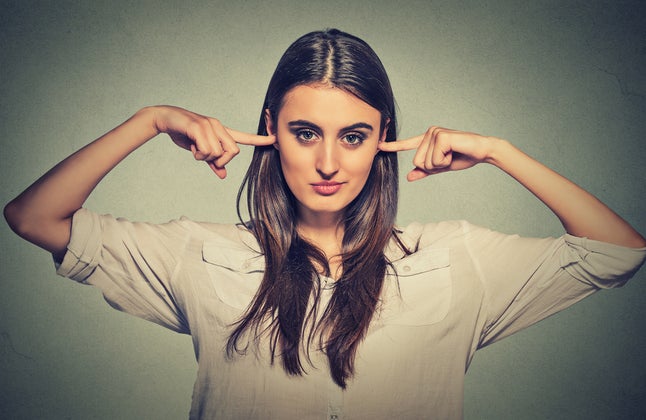 Thanks to the recent trend of body-positive posts on various social media platforms, there’s no shortage of motivational messages out there for the everyday athlete. With just a tap on a smartphone, runners can find endless reasons to love their bodies and to push themselves from trainers, coaches and fellow running enthusiasts. But sometimes, the best running advice can come from a very unlikely source.

Recently, writer-actor-director Kevin Smith shared a powerful message with his Facebook followers. He wrote about a note he was given almost 30 years ago by the mother of an ex-girlfriend after their breakup. The note read, “Kevin Smith will never be a famous writer. He does not have the drive. I do wish him luck!”

Instead of letting her message derail him, Smith kept the note posted above his desk and used it as constant motivation to write whenever he looked at it. All that writing eventually led to his success with the film Clerks and from there his career took off. He closed his post by saying, “So as we head into #2017 remember: nobody writes your story but you. This year, write the shit out of your story. Don’t let someone else define your future for you: sing your song and show ‘em what you’re made of.”

Whatever the woman’s intentions were in writing Smith that note, his response serves as a reminder to all of us to not let the opinions of others shape how we feel about ourselves. This message should resonate particularly with runners because so often, it’s easy to fall into the comparison game and measure ourselves against the successes of other runners, or to listen to negative talk from people who think they know more about the sport than you do.

Think about it—how many times have you wished you could run as fast as another woman in your running group or wondered if your coworker’s anecdote about ruining his knees from too much running will happen to you too? Even the most experienced runner has moments of self-doubt that can influence how she trains or what races she chooses, but that’s the opposite of how our sport should make you feel.

One of the best parts of running is the self-confidence you gain from every sweaty workout or satisfying race, and letting someone else undermine that is unacceptable. We could all stand to take a page from Smith and let any negativity that comes our way fuel our running, not slow us down. So as we head into 2017, let’s write our own running stories—let’s train for our dream races, join a faster running group, and hit a new PR.

And most importantly, let’s do it while believing only in ourselves and leaving the naysayers in our dust.